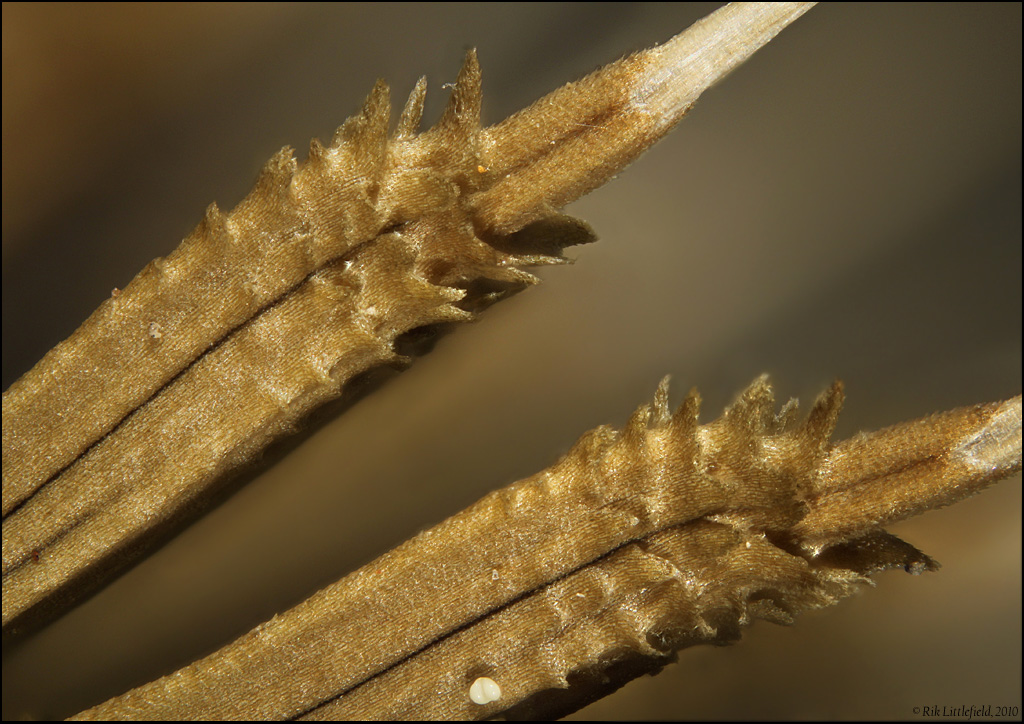 Very nicely done, and thanks for letting me know (unintentionally) that I'll be set up nicely with the objective I purchased for doing this kind of work (I'll be digitizing a seed herbarium, among other things).

Sorry I don't have enough knowledge to offer much in the way of comments/criticisms.
Top

seed, thanks for dropping in and welcome aboard!

I saw your introduction over in Community Members and I was just on my way over there to mention about this objective, which is available off the shelf as an in-stock new manufacture item. There's a longer review of it HERE.

Is this the particular objective that you bought, or did you go for one of the other recommended models like a used CF N or CF M?

Found a CF N. Haven't received it yet, and in the meantime am looking for adapters to make everything fit.

I'm entirely new to the use of microscope objectives with SLRs, so this is a new adventure for me.

Did you do this through a microscope body or bellows? I'd be interested in knowing more about your setup (maybe you've summarized elsewhere before?)

Again, picture looks great and I hope I can get the Brassicaceae to come out so clear!
Top

You'll be very happy with a CF N 10X. Just be sure to use it with at least 150 mm of extension (sensor plane to shoulder of mounting threads), or the corners will go bad.

The setup I most often use has gradually evolved from what's shown HERE. Tipped on end to make a vertical system, it looks like HERE. The movements on that table are a bit coarse for convenient use at 10X and higher, so sometimes I press into service a microscope stage to do the focusing movements.

The setup that I used for this particular shot was actually done through a microscope with its head removed and a camera swapped in. Optically it's equivalent to objective-on-bellows. I was using that setup as a convenient way to compare several objectives, by having them all mounted at once on the rotating turret of the microscope. Since I had the setup already assembled, I just co-opted it to shoot the dandelion seeds, which I thought would make an interesting image to show off the lower-magnification capabilities of the new Nikon objective.

I'll post out a picture of that setup after I've had a chance to clean up a bit. That might take a couple of days, considering the cluttered state my work area is in at the moment!

It would be a mistake to use my setups for anything more than general ideas. Their evolution has been largely driven by parts on hand and enthusiasm for fiddling with stuff. Other people have since engineered much more elegant and precise rigs. There is a good discussion of issues and examples HERE.

Here are a couple of stereo pairs generated from the same stack using Zerene Stacker synthetic stereo, +-3%. ZS DMap, with minor retouching from PMax inside ZS, plus a bit of clone tool cleanup in Photoshop. 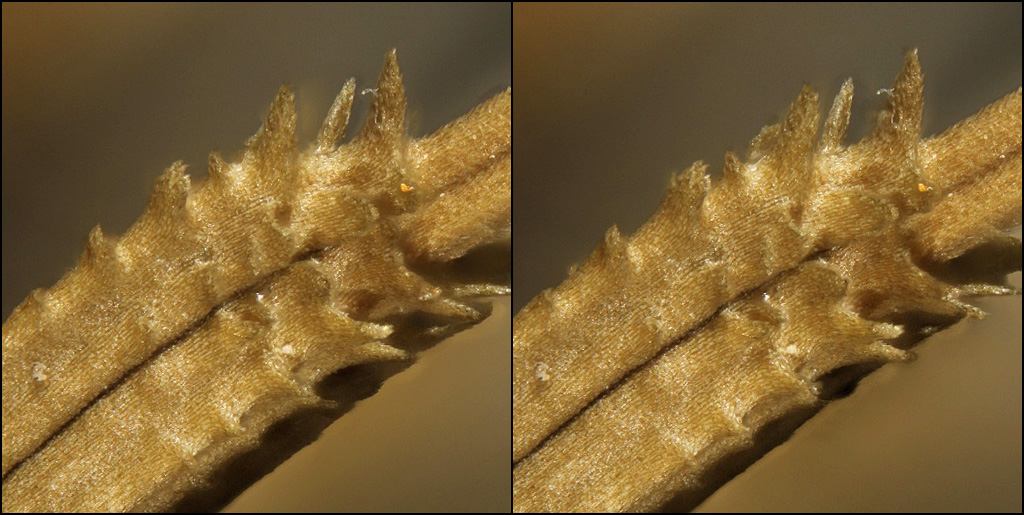 My wife looked at these and said "Are these seeds flattened? They look a lot deeper than they are wide." I had not noticed, so I went back and looked at the original seeds. Sure enough, they're basically rectangular in cross section, and we're looking at the narrow faces in this picture.

Excellent Rik. So they're flattened, too? I noticed straight away that the outward juts of the testa end much further up from the hilum than all of the other dandelion seeds I've come across.

I took a step back and looked at what I'd be doing with the N PLAN objective, and the fact that though this is partly for work I'm the one buying, and decided to return the objective to the seller (she was happy to accept $20 for her troubles as she already had another buyer) and bought the Nikon available from Edmund Optics. And a 4x as well.

Already have my Minolta > T mount and T mount > RMS adapters and decided, after I received my bellows broken by the USPS, that I'll work with my homemade Sigma macro zoom lens bellows and the 4x until I get the hang of it. Hopefully I'll have some photos of my own to post soon.

Think it's also time to buy a chip for my homemade adjustable extension tube so I can have working metering with my Sony [grumble].