I posted out this shot last night as part of a technical discussion.

But maybe you'll find it interesting as a picture, too. 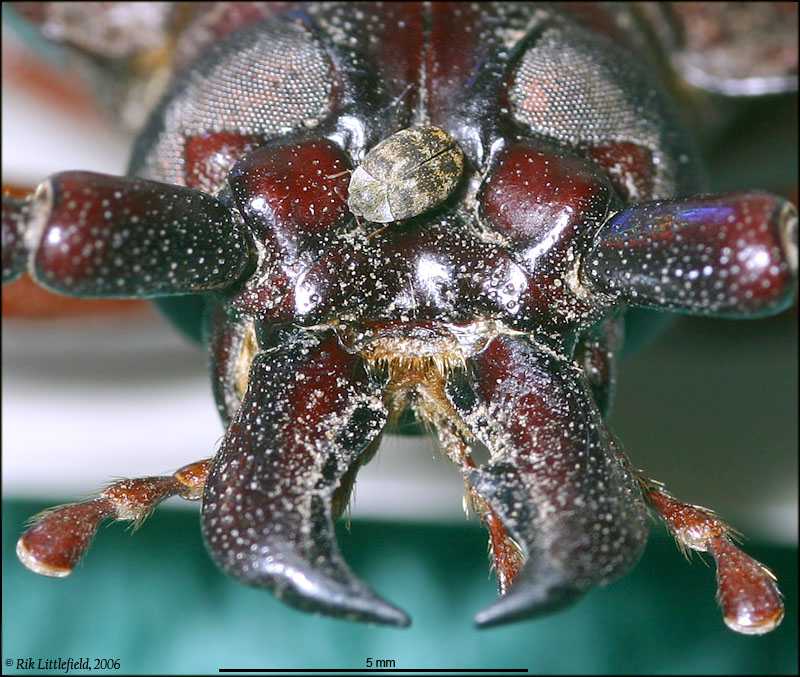 The larger beetle is a Long Horned Wood Borer (Coleoptera:Cerambycidae), total body length 75 mm from posterior to mandibles. It's from Scottsdale, Arizona -- I found it lying belly up on a sidewalk outside a hotel room years ago. The smaller one is a Carpet Beetle (Coleoptera:Dermestidae), total body length 2.5 mm. It turned up in one of my windowsills at Richland, Washington.

The subjects are posed, of course.

I love the wrap-around eyes on these large longhorn beetles and you are right, I never find carpet beetles in the carpet, always on the window

EDIT: A question on your technical discussion. How do you come up with the length of your scale bar. Do you measure something on your specimen...easy in this case, and draw it in during processing? I know it is different for Micro.
Take Nothing but Pictures--Leave Nothing but Footprints.
Doug Breda
Top

beetleman wrote:How do you come up with the length of your scale bar. Do you measure something on your specimen...easy in this case, and draw it in during processing? I know it is different for Micro.

Nope, no different at all -- you just get to use a bigger measuring stick for Macro.

The key trick is to shoot a picture of a physical ruler using the same lens settings -- including focus -- as you used with the subject. Then just use your favorite photo editing tool to transfer a measurement from the ruler image to the subject image.

The picture below illustrates one approach. 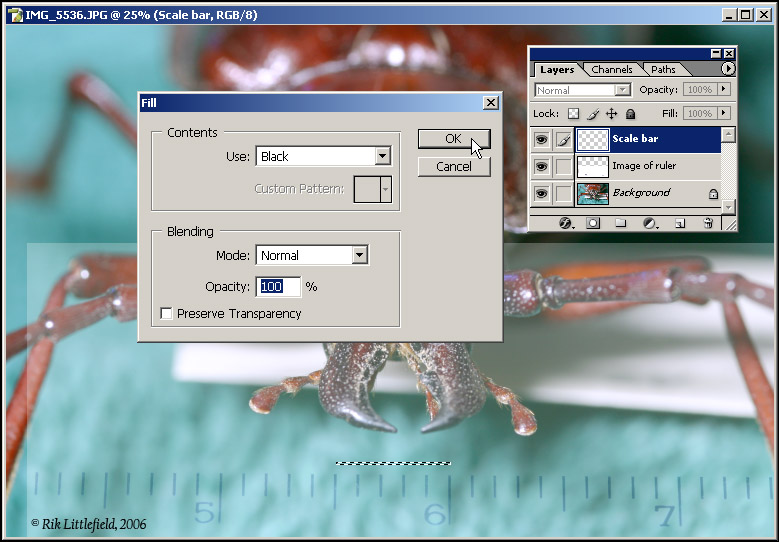 I always do these things as layers so I can freely move them wherever they need to go to fit with the picture.

My smaller subjects sometimes need a scale bar less than a millimeter long. In those cases, I've traditionally used a slightly different approach involving some number-crunching to figure out how many pixels wide the scale bar needs to be. It's described here.

Thanks Rik, I do have a small metal ruler with the smallest marks of .5mm. Like Wim says...I will have to remember to take the picture of the ruler