These go with my recent post in Favorite Locations.

Here is a close-up of the ice form. This is the same sort of Dirty Icing that Ken Ramos pictured back in January. I gather it's a special form of frost-heaving that forms when the ground is moist and the air is well below freezing. Ice forming on the surface attracts a thin film of water just below it. That film freezes, expands, pushes up the rest, and the whole process just proceeds continuously for as long as conditions allow. Small objects on the surface, like the pebbles shown here, just get carried along for the ride. These extrusions were a couple of inches tall. 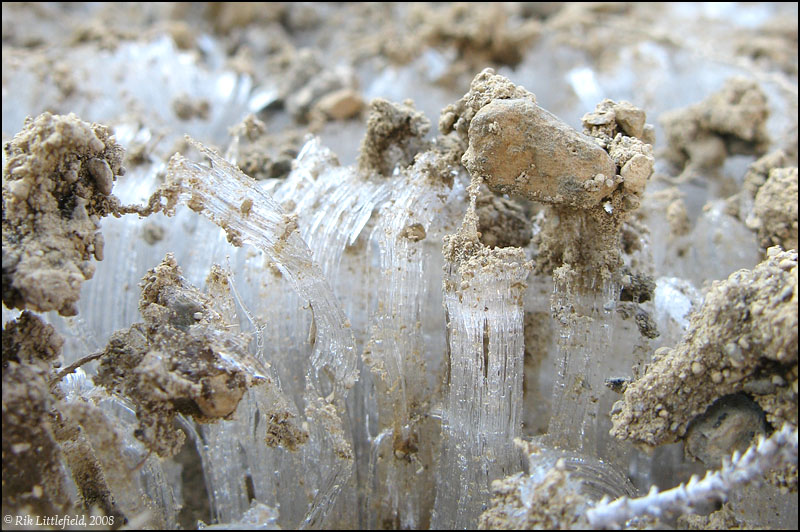 Several hours later, and a couple hundred feet lower, these "lousewort" flowers were in fine shape. These are Pedicularis ornithorhyncha, commonly known as the "ducksbill" or "bird's beak" lousewort. They are closely related to Pedicularis groenlandica, the "elephanthead" lousewort, which is found in the same area earlier in the season -- see last picture here 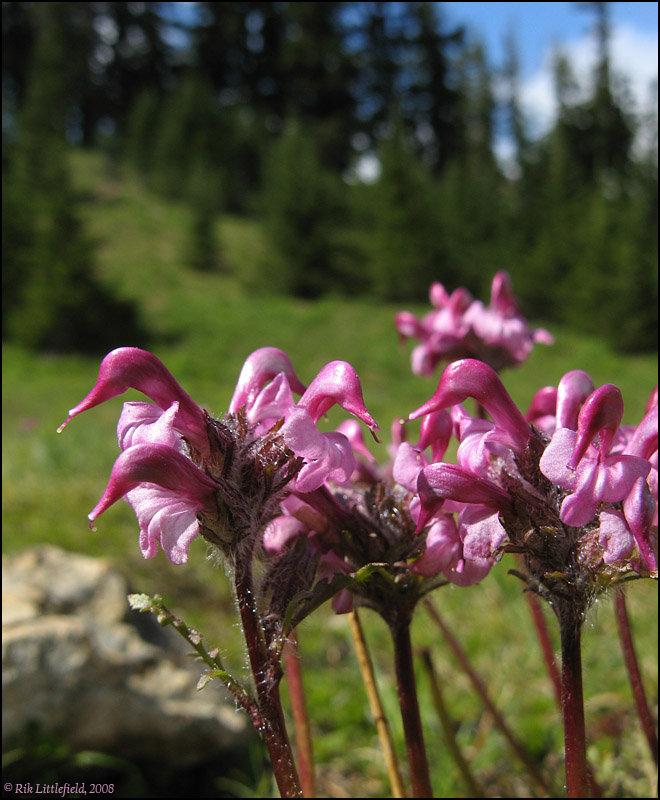 And finally, some heather. I'm not sure exactly which species. 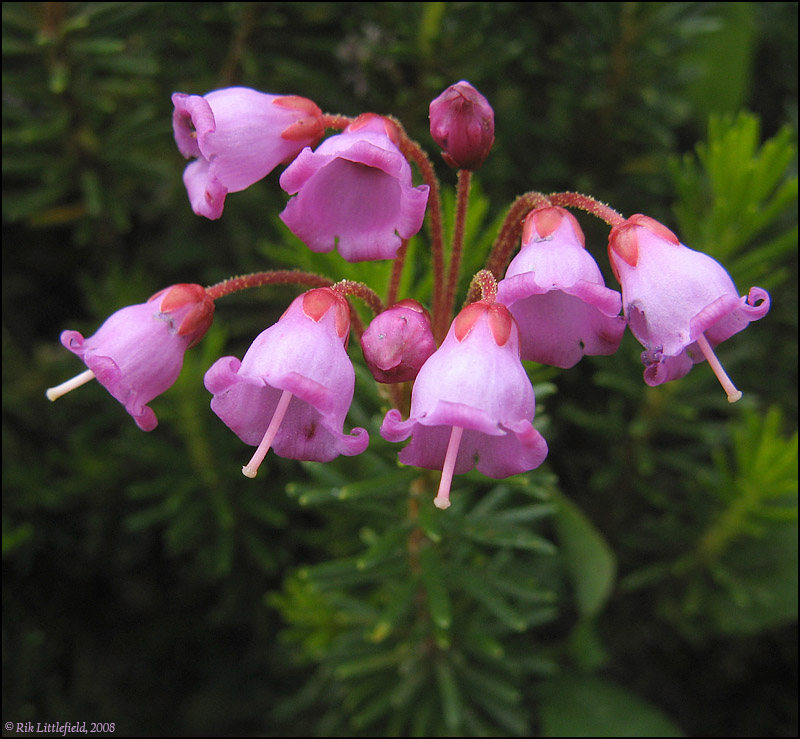 Technical: Canon A710 IS camera, no accessories.
Top

"Lousewort!" Often I wonder, how such ugly names get placed on such beautiful things.

We have flowers similar to your heather, here. But, they are blue instead of pinkish. Wonder could they be the same thing or could they be "Blue Bells." A good rainy day project to find out.

Rik: I really blew the ID of the fungus (thinking it was Marchantia). Hopefully more success with this plant. Last image is Mountain Heath (also called Heather) Phyllodoce empetriformis.
Top

Oh the first image reminds me of ice shaving covered with syrup I used to have when I was a kid.. minus the dirt and peebles of course.

That ice formation is amazing! It looks a lot like that rock which asbestos comes from.
Top

Well anything with 'wort' in the name tends to refer to a plant that was used for coping with some kind of infestation or malady.
A common plant round here in the daisy family is Nipplewort. I'll let you all work out what that was for

NikonUser, I think you nailed the ID on this one.

I was thinking that there were several closely related species, and it was getting so late at night that I didn't take time to look them up.

But I checked this morning both with Flora of the Pacific Northwest and with U.Washington's online WTU Herbarium Image Collection. It turns out that there are only three forms of Phyllodoce in this area (two species and a hybrid), and they are all quite distinct.

So thanks very much -- Phyllodoce empetriformis it is.

I had to look this one up. According to http://en.wikipedia.org/wiki/Pedicularis, "The common name lousewort, applied to several species, derives from an old belief that these plants, when ingested, were responsible for lice infestations in stock."

My art history is weak, and I had to look this up too. http://www.getty.edu/art/exhibitions/porter/ . Thanks for the comparison -- he did great work!

rjlittlefield wrote: My art history is weak, and I had to look this up too. http://www.getty.edu/art/exhibitions/porter/ . Thanks for the comparison -- he did great work!