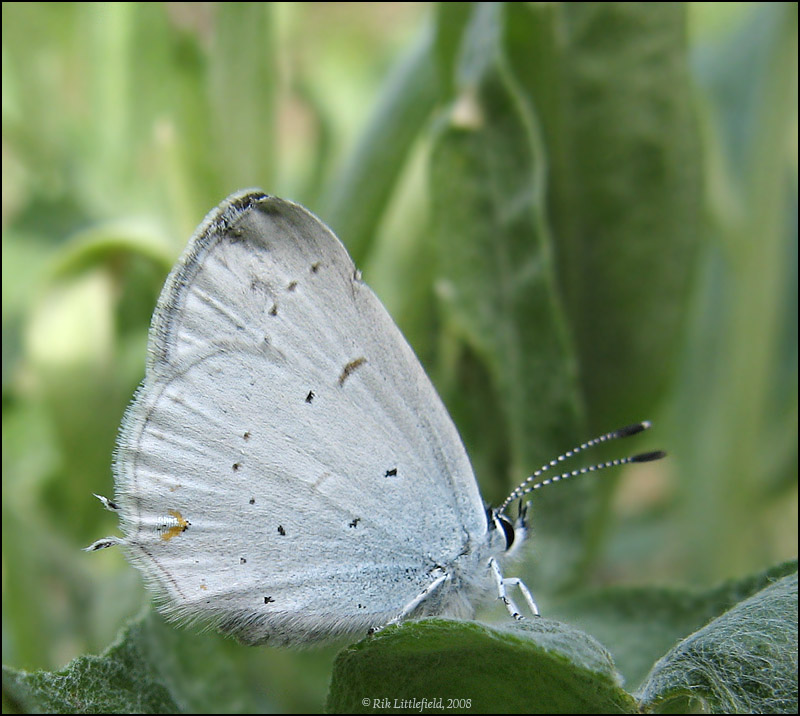 This is the "Western Tailed Blue" butterfly, Everes amyntula (Boisduval). It is similar to the Eastern Tailed Blue (Everes comyntas (Godart)), but is generally lighter in color and less heavily marked.

This individual has a minor development defect, near the tip of the foreground front wing where the leading margin is notched and the tip of the wing is slightly ruffled. But this was no obvious problem for the beast -- it seemed to fly just fine.

This image was shot in late afternoon. The butterfly is in shadow; some of the background is still in sun. I adjusted the crop to give some hint of the butterfly being dwarfed by the plant on which it is sitting. This really is quite a small butterfly -- wing length less than 3/4".

Those Blues could be very elfin indeed.

Of course we enjoy!