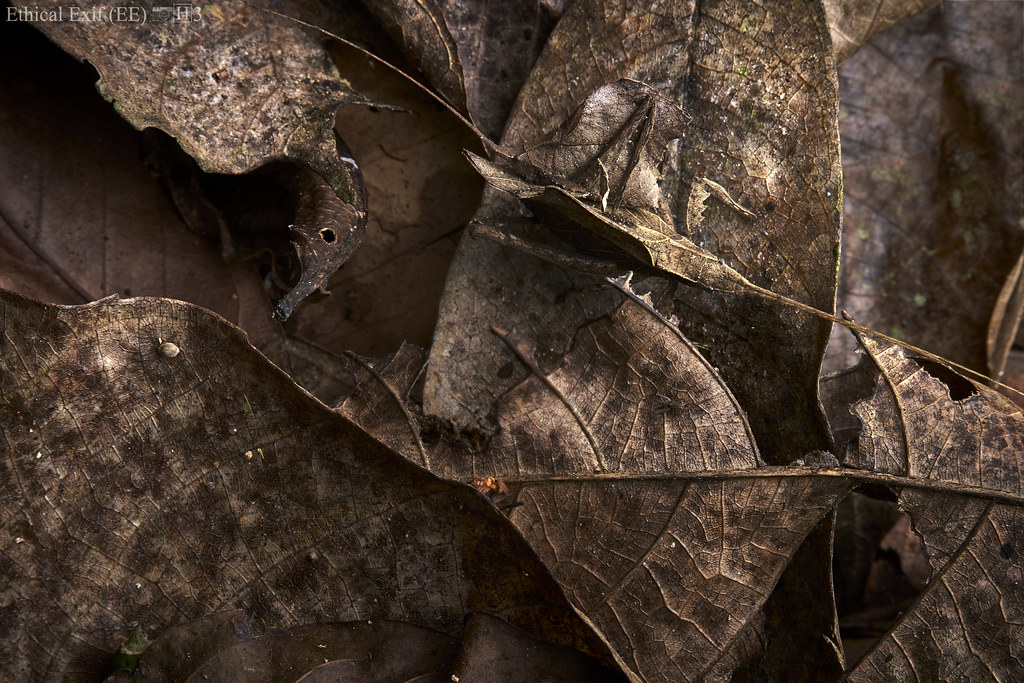 Though glass frogs are not unknown from the lowland Amazonian rainforest, they are more common in the cloud forest streams of higher altitudes. More common are translucent juveniles which gain additional pigmentation as they mature: 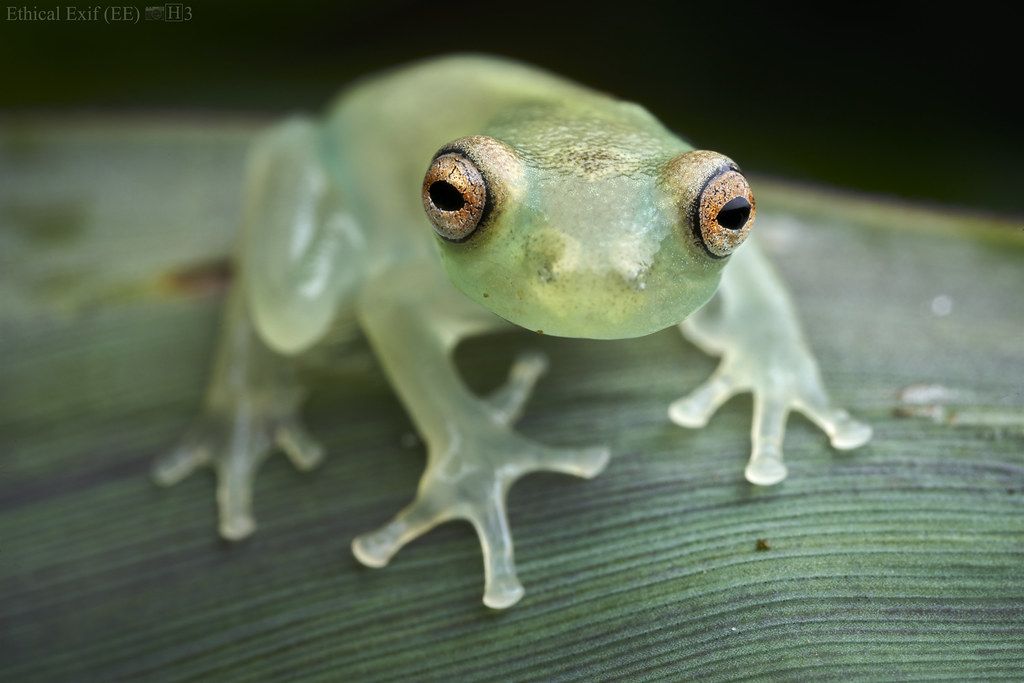 A newly moulted fly in the leaf litter: 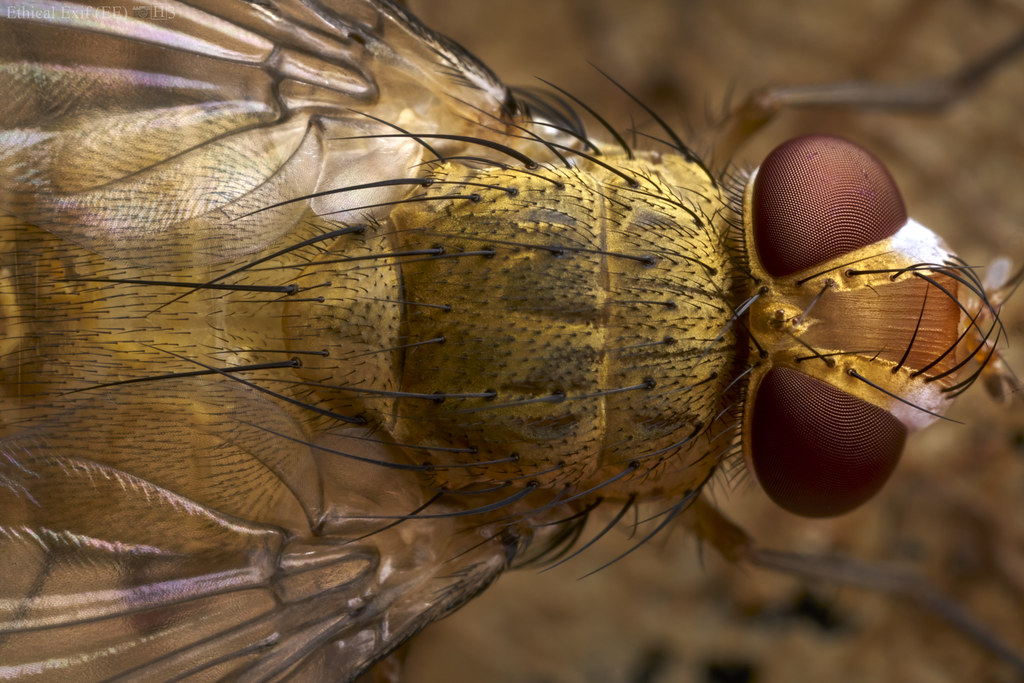 Aedes mosquitos are common within the Peruvian Madre de Dios department. A vector for Zika, Dengue, it has been subject to various DDT fumigation campaigns: 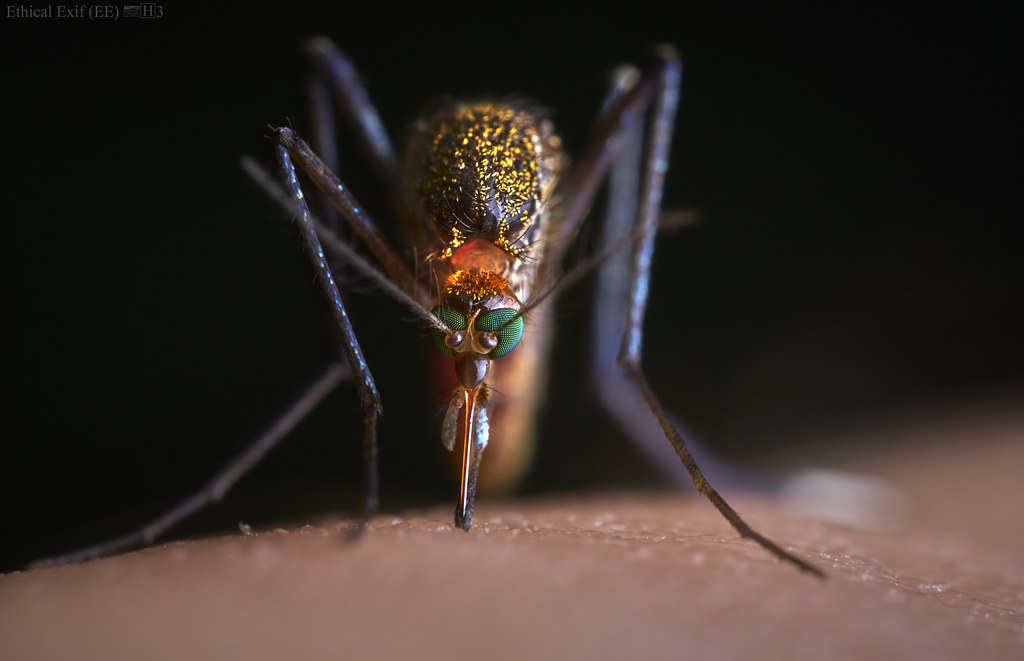 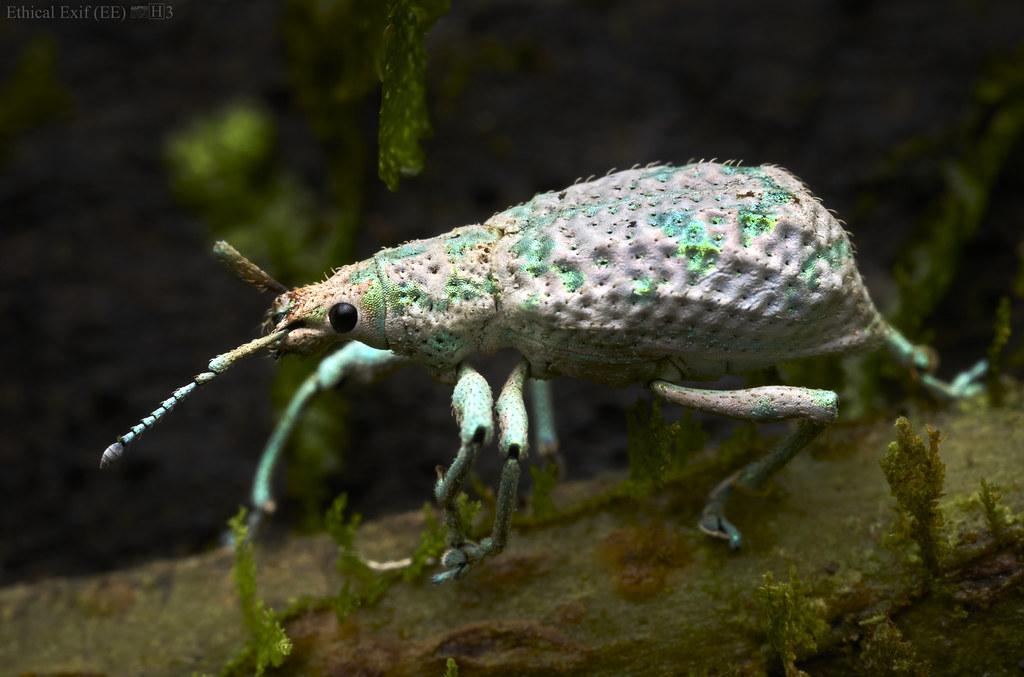 Fast and lacking a web, the lynx spider earns its name through stealth and its quick pounce. Seen here with a paper wasp prey: 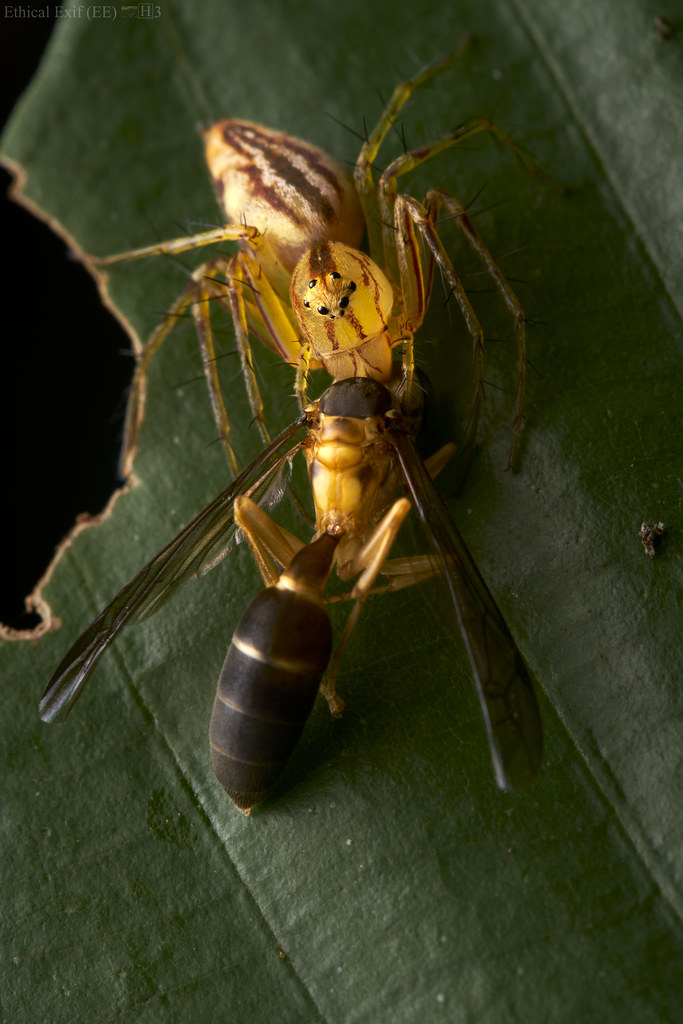 Long urticating hairs on this caterpillar provide a physical barrier to aggression by ants, as well as a more nettlesome protection to birds and mammals: 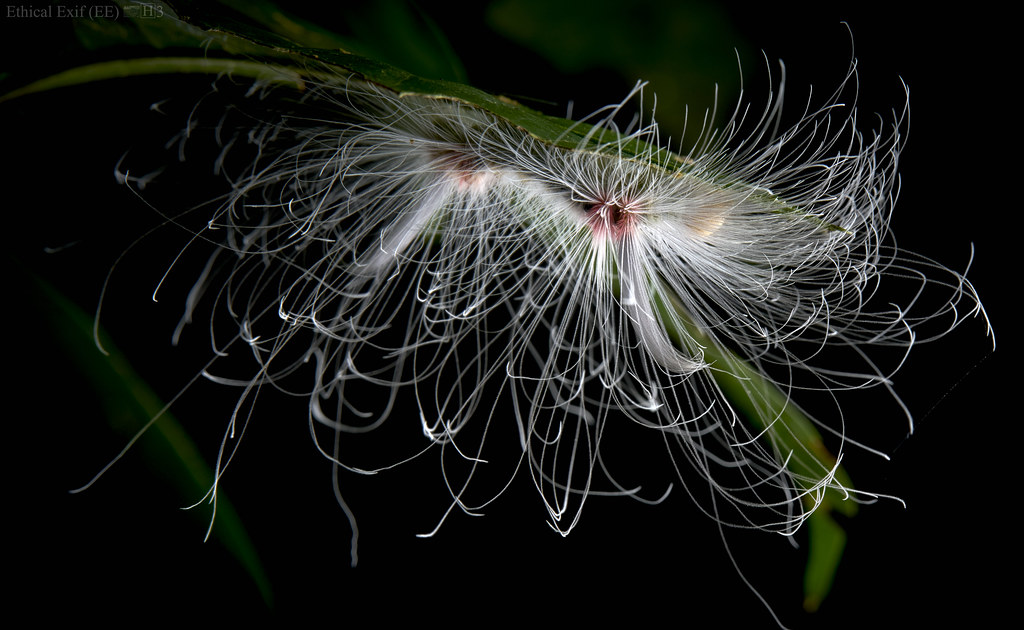 A juvenile Cuvier's dwarf caiman (Paleosuchus palpebrosus) is the smallest Crocodilian species in the world. Attaining lengths which only barely exceed 1 metre. This one is only a few weeks old and undoubtedly has a hard life ahead of it, as attrition rates are high amongst young which compete for territory amongst their kin, as well as predation by birds, rodents and a variety of other predators. Reinforced armour plates add to their resiliency, but their size is the largest factor against them. Though ironically it might be their saving grace as the larger Crocodilian species lose ground to poaching and habitat loss, the dwarf caiman has a larger range and is one of the less threatened species. 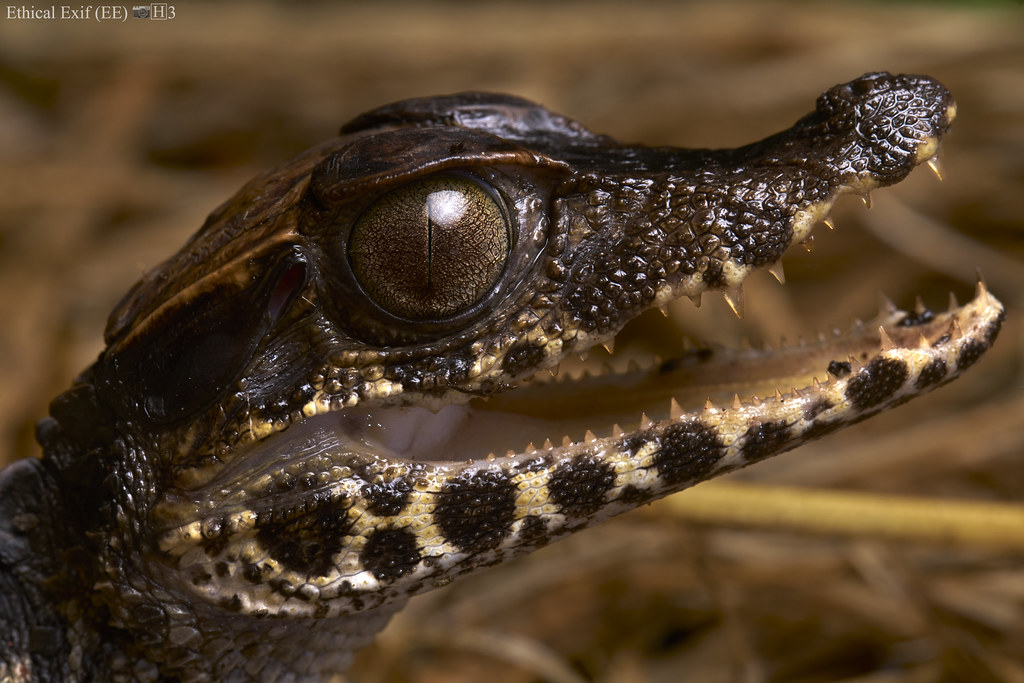 Amazing pictures. All of it.
Mark Sturtevant
Dept. of Still Waters
Top

Paul, these are absolutely amazing images!

May I have the details on the equipment you use to take these beautiful photographs?

Thank you very much,
Mike
Top

Thanks Mark, Mike and Saul, much appreciated.

Mike - For the fly, frog, mosquito and weevil I used the Canon Mpe and for the rest I used a 1.4xTC with 12mm extension tube on a Canon 100mm f/2.8L. The latter gives increased mag. and good compression of subject for background bokeh/details. For lighting I use a 600EX-RT off camera with big box diffuser. All shot on a Sony A7RII with metabones adapter.
Paul
https://rainforests.smugmug.com/
http://www.flickr.com/photos/31137609@N08/
http://pbertner.wordpress.com/
Top

No stacking? Excellent work. Love the colors of the mosquito in particular.

Mike - For the fly, frog, mosquito and weevil I used the Canon Mpe and for the rest I used a 1.4xTC with 12mm extension tube on a Canon 100mm f/2.8L. The latter gives increased mag. and good compression of subject for background bokeh/details. For lighting I use a 600EX-RT off camera with big box diffuser. All shot on a Sony A7RII with metabones adapter.

Thank you for the technical information.

You are very talented and an expert in capturing the tiny creatures with beautiful bokeh and details!

I'm not sure I've fully worked out the katydids in #1.
My eye is diverted to the watching dragon.
Chris R
Top

Very nice.
Thanks for sharing.
Top

#1 is way too cool!
Very enjoyable set, as always

Any chance that you could highlight the pair of mating leaf-mimicking katydids (Typophyllum sp.) melting into the surrounding leaf litter.

I cannot make them out?

I might be able to help here, grgh, even though I don't really have a clue and have never seen these fellas in real life.

It's my belief the couple are at the top of the picture, and to confuse matters they are facing different ways. The female is underneath, antennae going left, almost flattened by the weight of the male, and this gives us a side-on view of her front end with its large dorsal ridge. Her eye is a dark little ball. The male is on top, looking right, and our view of him is a dorsal view from above. His left foreleg is plainly in view, as is his enormous right rear leg.

A little research has left me with the understanding that this may not be an actual mating, but more that the male is guarding the female, and unwilling to let her wander off.

If I have this totally wrong, my apologies.

PS: not sure what species the dragon is - it looks more like a seahorse to me, anyway

True enough, actual mating would look something more like this: 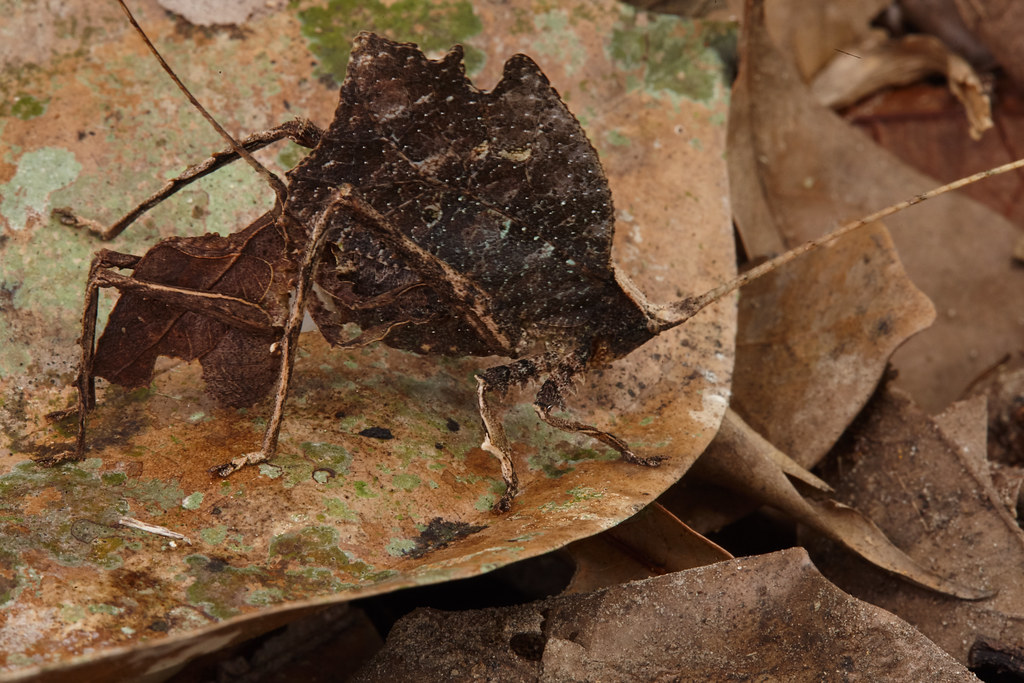 Though the male guarding can be complicated, and not quite as straight forward as one might think, as illustrated by the two males here: 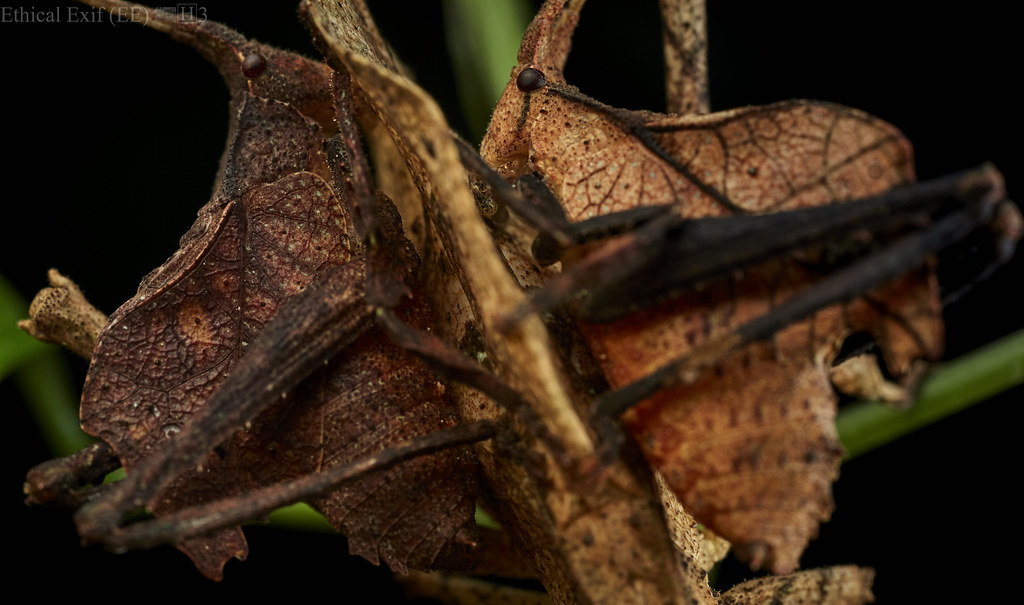 Thanks for the illustrated guide, I would have never found them.