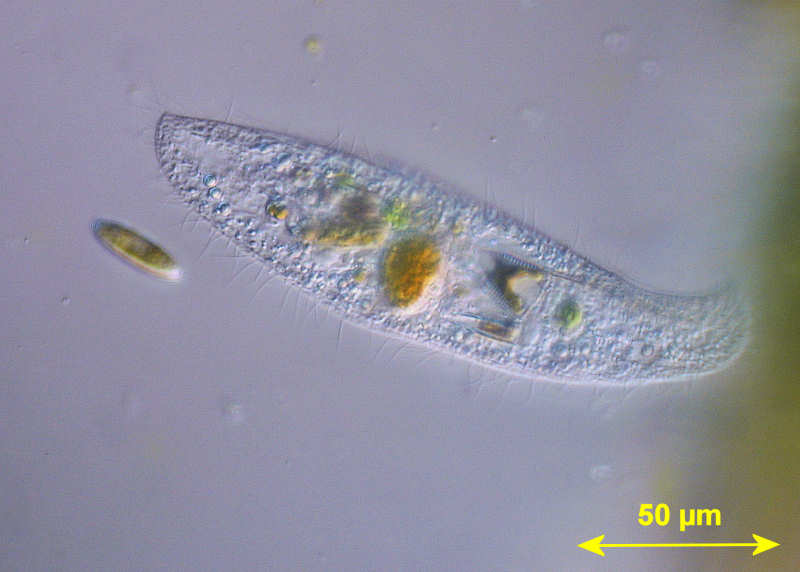 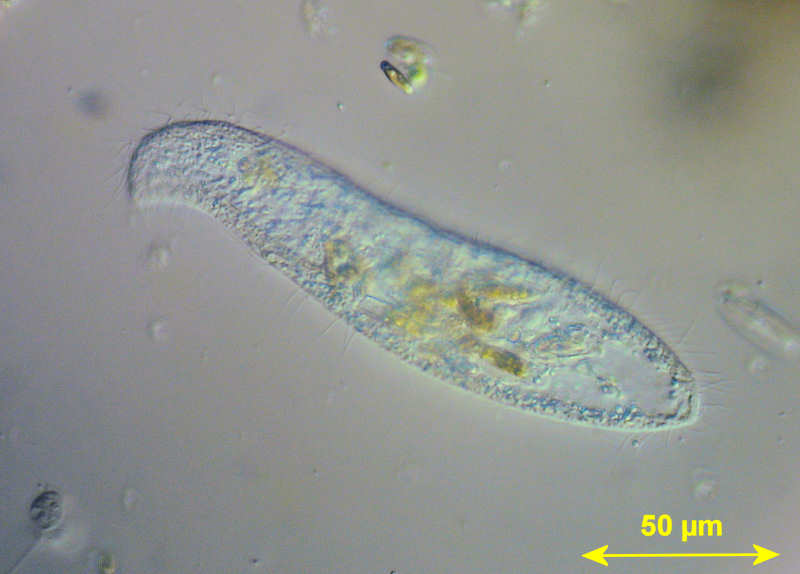 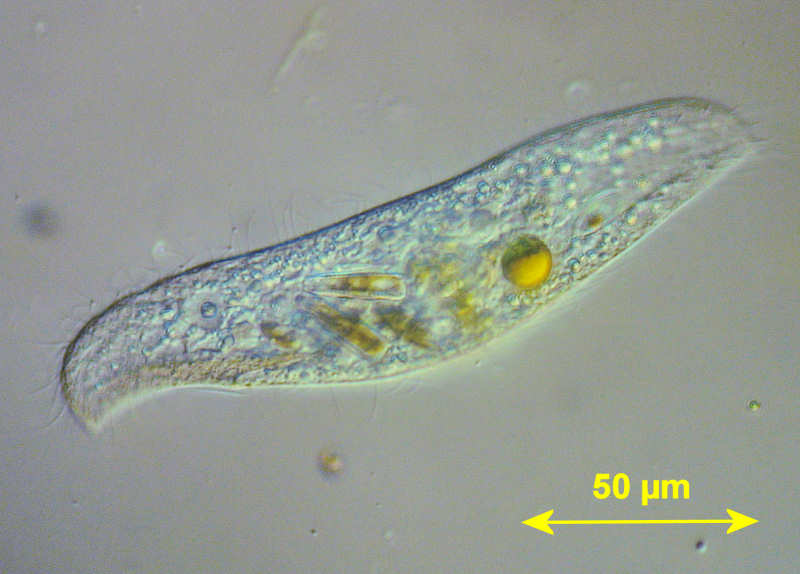 This one likes its eggs sunny side up!

Colour has been rebalanced to remove green cast.

Graham... you've got it working well indeed. I am amazed that you get sufficient flash output with the S50 flash for DIC... or have you done something different.

I don't know if you are shooting jpeg or RAW. Getting the color I wanted with DIC drove me crazy until I started doing it nearly 100% with RAW files.
Top

Thanks, Charlie - yes there is ample light, and I have changed the setup, but there was still plenty of light using the old setup.

The new configuration is as follows:

I have removed the substage coverslip mirror, largely because with the DIC condenser in place there is not much clearance underneath for this assembly. Instead, I am using a "Y" fibre optic cable with one leg to a main light source, which is currently a 100W lamp. The other leg goes to the camera adaptor, as before. Eventually, I intend to replace the main light source with a high intensity LED (K2 Luxeon?) and use the camera flash to drive a slave flash. This would then allow me to quench the LED when the flash is fired, which would make manual viewing with full intensity illumination easier whilst removing any effect on image exposure.

As for RAW or JPEG: At present I am using JPEG and shooting using preset FLASH white balance. This generally means I have to rebalance the colour in Paintshop Pro. I have got some rather strange results with custom white balance, but I continue to experiment.

Generally, I now use remote shooting mode with control from a laptop and mouse foot-pedal with a program called PSRemote from Breeze Systems. This allows image storage on camera only, PC only, or both, and also has a very useful preview facility. Unfortunately, time between shots is quite long, especially if images are stored on PC, so where fast shooting is needed I still use a pneumatic remote release as described by Tom a while back.

I'll post some pictures of the current setup on the techniques part of the forum.
Graham

This PSRemote, is it just for the Pentax, or will it work with other cameras?
Revelation III Compound
Nikon D50
Canon A10
Canon A1
Mamiya RB67 Pro
Top

PSRemote is specifically for the Canon Powershot series
Graham

Hey Graham, I'm a licensed ham also. Not active anymore and sold all my radios due to antenna restrictions.