What am I doing wrong ?

What am I doing wrong ?

Stacked in ZS, retouched the Dmap with relevant parts of Pmax then processed in LR CC and PS CC (for the stitching mainly)

Lighting - I have 4 jansjo led lights, and used 2 on this with Styrofoam cup on the end of the lens for diffusion. Lights at 11 o'clock and 1 o'clock.

2 second exposures with the camera on a 2 second time delay. Should I be using Mirror Lock Up ? I was having to press the shutter button by hand but have a new battery for my IR remote now.

Turning the proxxon with my DIY large adjuster plate 2.5 degrees between each shot (the proxxon moves 1mm per complete turn of the handle so 1mm divided by 360 x 2.5 = 0.007mm (it's what I was using when I had the D800 so is probably overkill tbh)

The treehopper is from my garden, this is a head on, I was forced into doing 6 stacks of 200 images made into a "mosaic" (rather than a pano?) as it is just too big at 10x. How anyone wrangles an insect small enough to do a 10x single image is beyond me, this hopper is tiny enough for my big fat fingers !

I do struggle with the subject / OOF subject to background transition for some reason and I'm not all that happy with the results, hairs that "glow" - that must be the lighting no ? sharpness - meh too.

I have just ordered the WeMacro automated rail and am considering going back to using flash, do you think that will improve the image quality ? 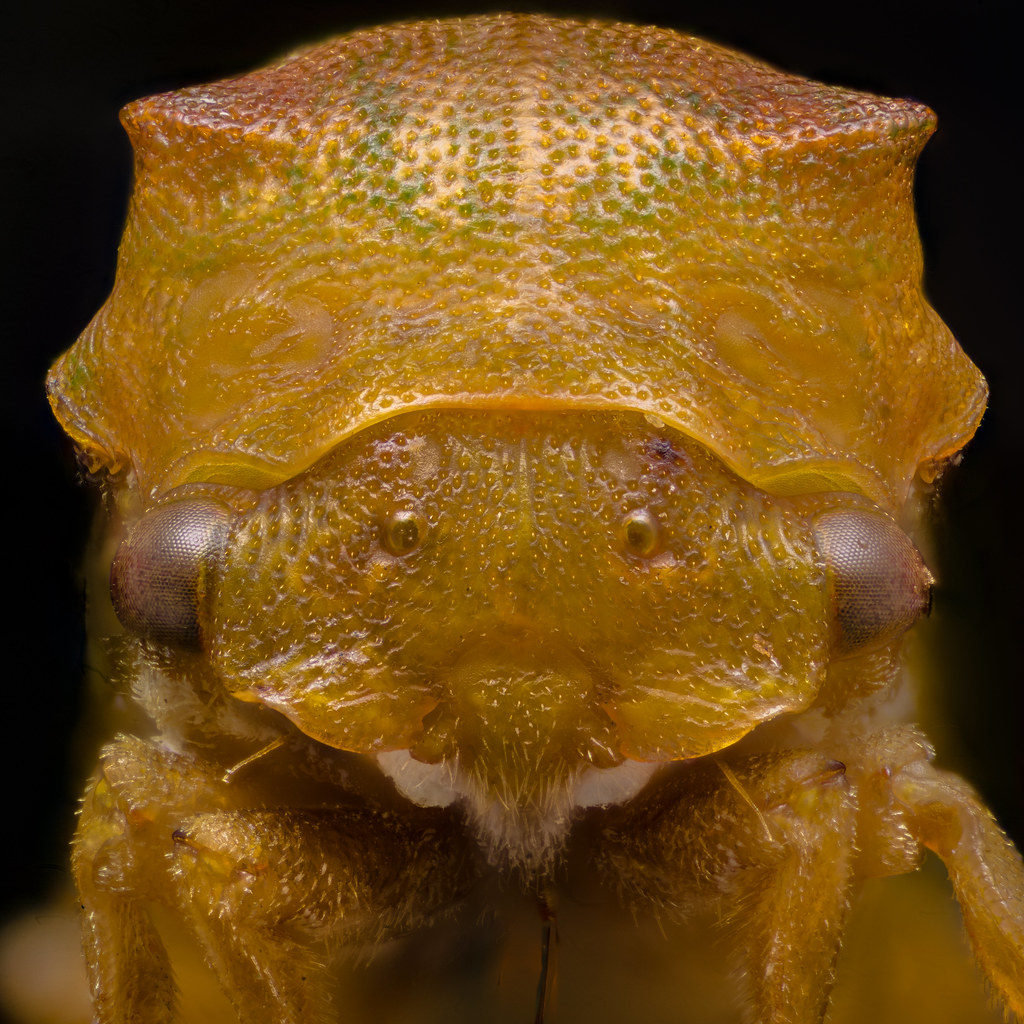 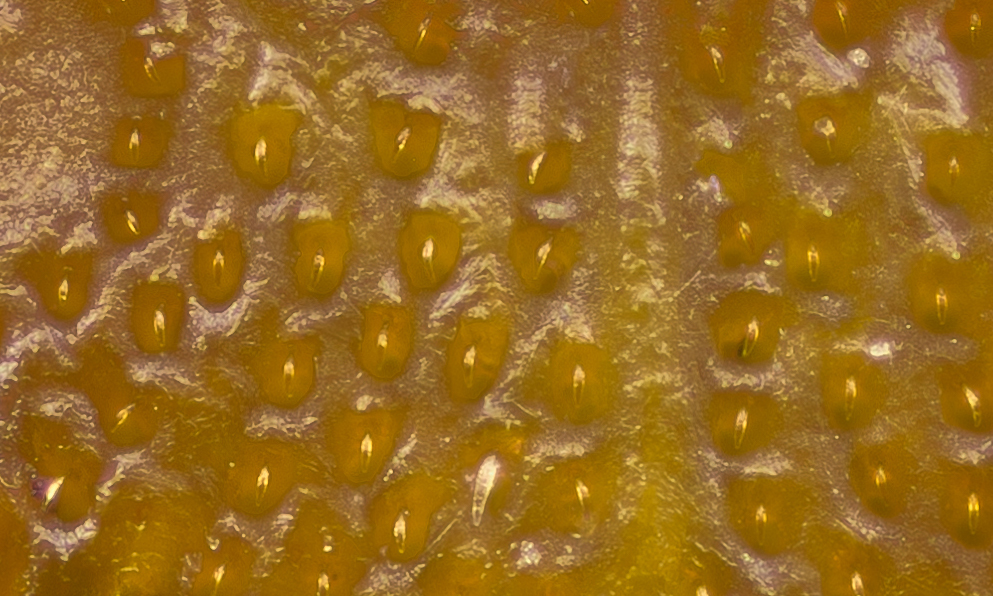 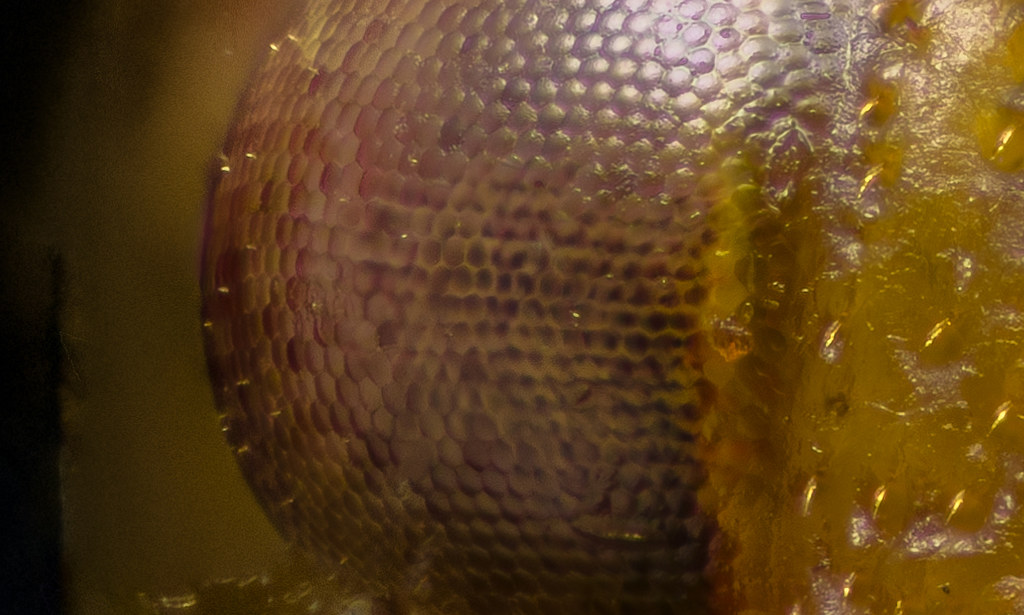 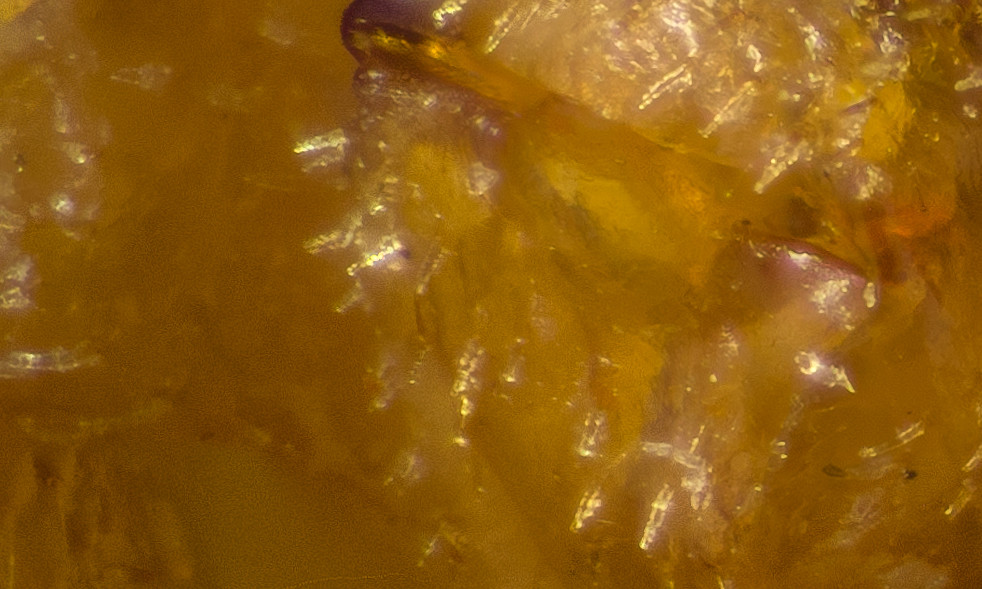 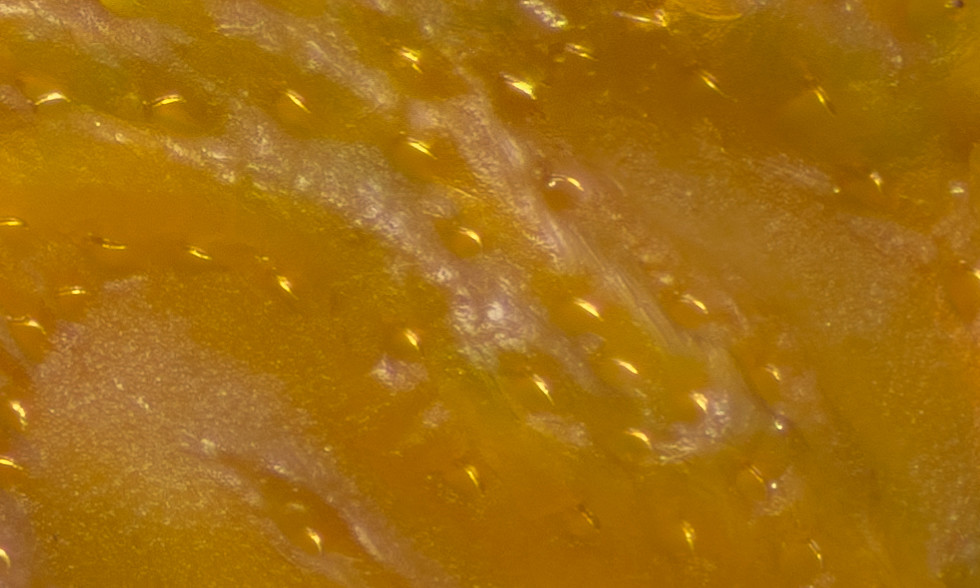 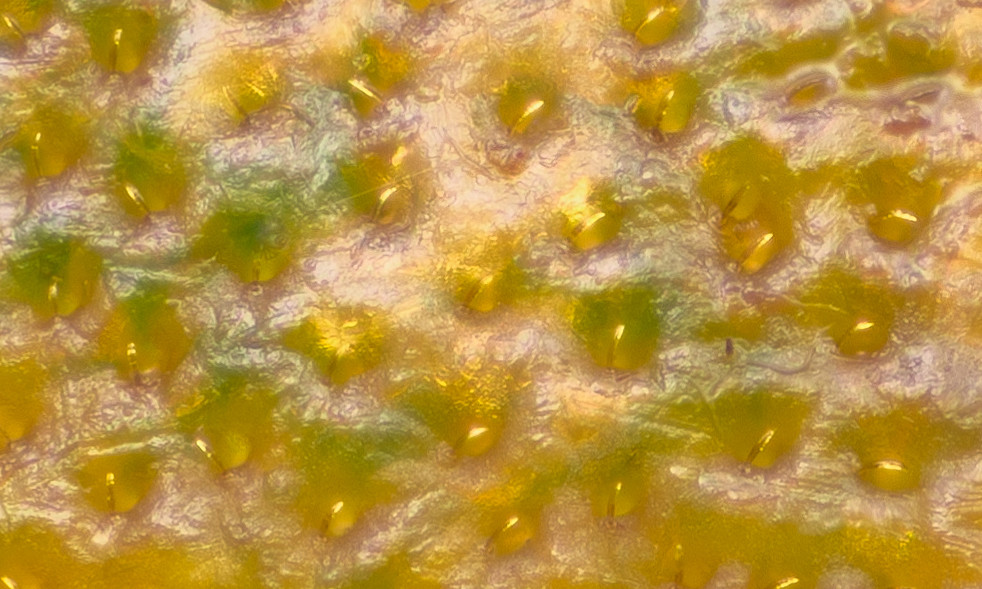 I too am curious to know the answered to your questions. I hope someone here has the answers. I have a couple of ideas but I'm not sure if I am correct. For now I will stay quiet and see what others say.

I would like to know how you diffuse your Jansjo lights and how you attach those diffusers to the light. I was looking at mine the other night and wondered if the front lens would need to be removed? The light seems very focused. And the lamp head's rounded profile doesn't make it easy to stay anything.

Thanks.
I'm in Canada! Isn't that weird?
Top

2 second exposures with the camera

I can't even get continuous lighting exposures sharp at 1:1, without extraordinary measures.

Look at your live view screen at maximum magnification. Rest a 10x Loupe on it for a really good view. Do you see any movement?
I do.
For testing lenses I'd only use flash, at the rear curtain of a 2s exposure in a darkish room.


"Glowing hairs" - sounds like a pyramid style stacker such as Pmax or the similar the Helicon mode. Try retouching with a small brush, using Dmap.

You can always try even more diffusion - you need large, close, even light sources, with one not much stronger than another.
Chris R
Top

You’ve titled your query, “What am I doing wrong?” But you are clearly doing a lot of things right. What you’re asking us is to help you get to the next level. Great!

The first thing that comes to my mind: Broaden your light source. It’s evident from the highlights on your image that your light source is narrow, as seen from the perspective of your subject. Equally evident is that portions of your subject behave in a somewhat mirror-like way. This combination can kill resolution in exactly the same way that stopping down does. (The “why” of this is involved—query “utilized aperture site:photomacrography.net” for a long and arcane—though useful—discussion. In short, you’re probably not filling the entire numerical aperture of your lens with light, and therefore are getting diffraction effects similar to stopping down.)

So try this: Massively increase the amount of diffusion—with a goal to making the entire “sky” as seen by your subject appear to be a 180-degree arc of continuous, even light. As you get closer to this, your resolution should improve, if other factors aren’t interfering.

But if your setup proves quiet and still enough to use continuous light, try increasing your shutter speed to something like eight seconds from your current two seconds. This is because, while you can eliminate mirror-induced vibration via mirror-up or exposure delay, there is still shutter-induced vibration to contend with. On your particular camera body, as with most Nikons, the only way to eliminate shutter-induced vibration is to use a long enough shutter speed to make the vibration-blurred portion of the exposure negligible. While I have no experience with your Nikon model D7000, my tests with other Nikon bodies have shown that shutter vibration at two seconds is a huge contributor to image fuzziness. For this reason, I routinely use an eight-second shutter speed (in a dark enough room that ambient light does not contribute to image formation).