Here's a picture of a robber fly that caught a moth near the top of the Magaliesberg a short distance west of Pretoria. 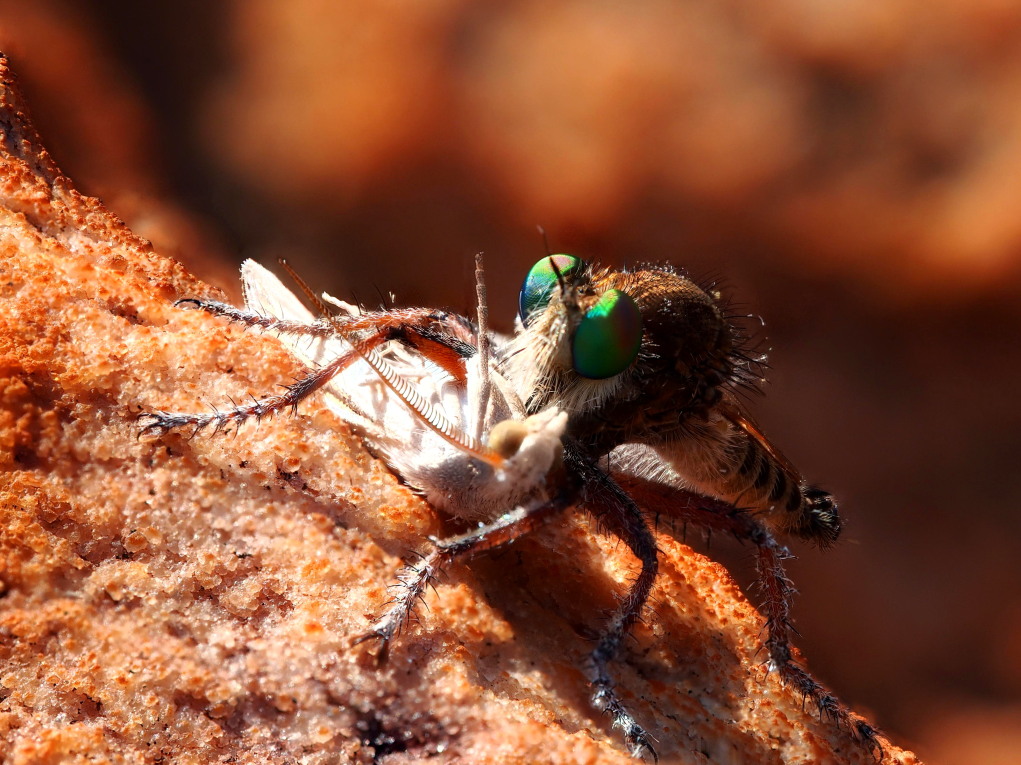 Robber flies can make good "field stacks", because they often sit perfectly still when at rest and they tend to choose a perch sturdy enough not to be blown around in the wind. They can be wary though, but usually don't fly far when disturbed. I have followed them for quite a few attempts before getting the shot. Here is a crop 1500 pixels wide and then resized from a stack taken just before. 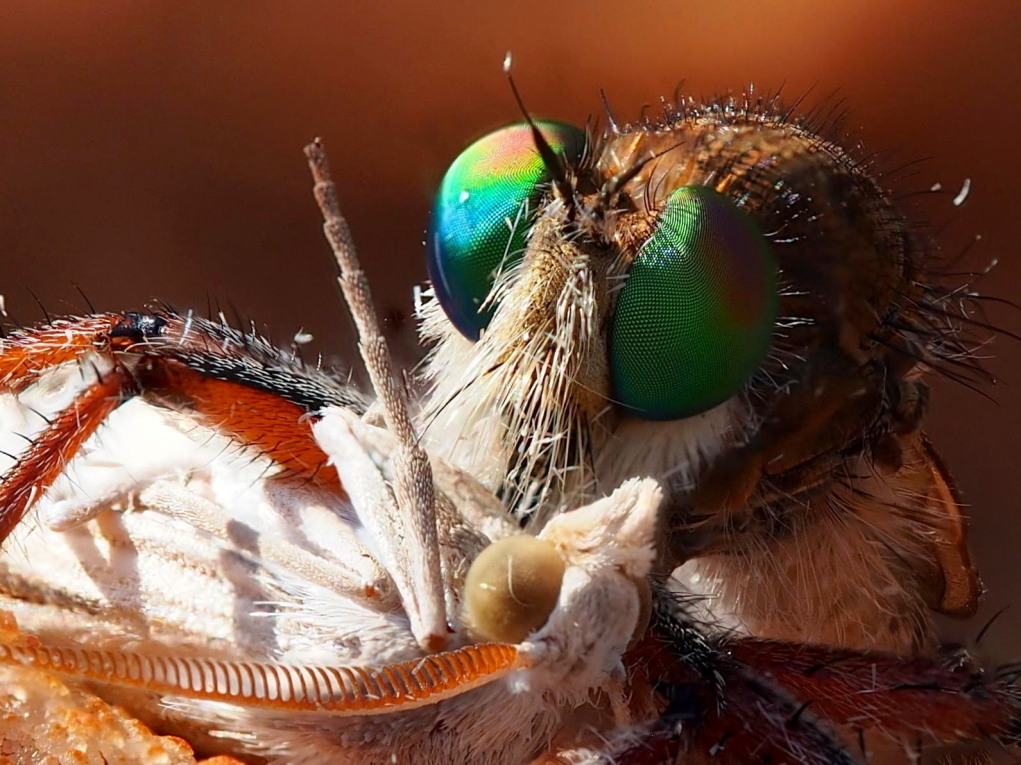 They are very successful predators and if you look out for anything unusual in their flight like an unexpected flash of colour or even just a bit of clumsiness, you are likely to see that it has caught something if you follow it until it settles.
Just one other thing for those with access to more magnification than I do. They seem to have very interesting feet with vicious claws as well as pads for more peaceful use. It's sort of the insect equivalent of a lion's foot.
Thanks for looking and I hope you are able to enjoy noticing these insects more often.
Top

Interesting shots of an interesting critter; thanks for posting!
Top

Stunning shots. Eyes are the best part of it.
Top
Post Reply
4 posts • Page 1 of 1