I have a question about using a lens hood whose opening is well below the lens, with the opening smaller than the subject. I've experimented with this, and there is of course a limit to how small the opening can be before vignetting occurs. My question is what is this technique doing to effective aperture, etc? Here is a diagram of what I am talking about:

If vignetting does not occur, that is, if there's no darkening whatsoever, then the lens hood is not blocking any of the imaging rays and so it makes no change to effective aperture.

If some darkening does occur, then the hood is blocking some of imaging rays, almost always more for edges of the field than for the center. In that case the effective aperture is reduced everywhere that darkening occurs. The reduction is typically asymmetric, with the limiting aperture formed on one side by the aperture inside the lens, and on the other side by the opening in the lens hood. In this case the location of the entrance pupil is ambiguous and varies depending on what part of the field you're talking about.

In extreme cases, with a sufficiently wide lens and small hood, the hole in the hood can be the entire limiting aperture everywhere in the field. In that case the effective aperture becomes the hole in the lens hood, and the entrance pupil becomes located at the hole in the hood. Bizarre as such a setup seems, I've actually used it on rare occasions, for example in http://www.janrik.net/PanoPostings/NoPa ... xPoint.pdf , the demo on page 6, to help demonstrate how apertures affect perspective and angle of view.

Thanks for the explanation Rik. As usual, I am using this technique for coin photography. I arranged the diameter of the hood opening to be such that there is no apparent darkening of rim/periphery of the coin, yet there is some vignetting at the corners of the frame. I suppose I should shoot a bright field and assess how far into the visible field the darkening extends.

I've seen localized aperture effects in some other experiments, so should be a fairly obvious thing to test.

Edited to add: Here is a bright field shot with field set at ~40mm height. The hood "aperture" is 17mm. There is some darkening at the top and bottom but it's not significant...or is it? I see RGBs of ~122 in center, going to 107 at top and 104 at bottom. I don't usually push the magnification such that the coin is framed all the way to the top and bottom edges, so looking at the typical 90% framing, I am seeing 110-114 on edges. So there is a small amount of falloff due to the hood aperture, but not huge. 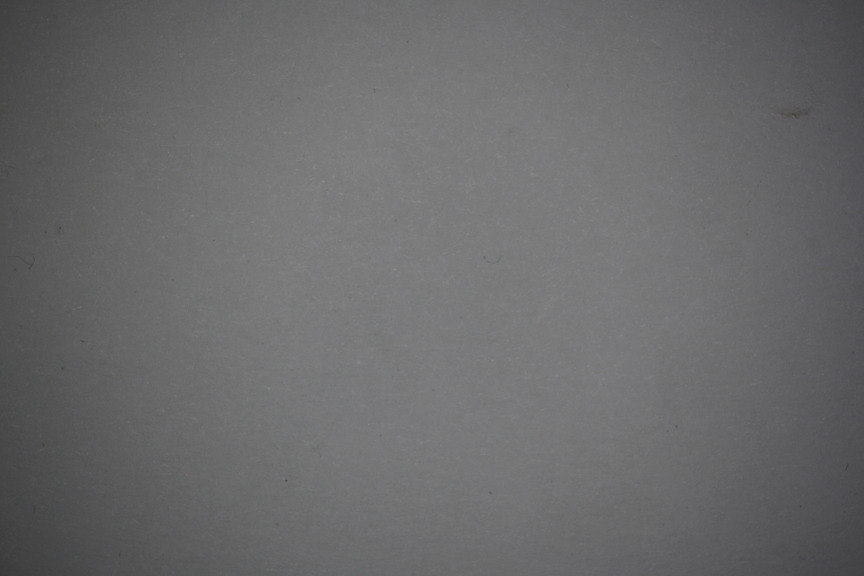 Edit 2: I also tried the same technique with field set for ~20mm height, and see much more uniformity. Just a small amount of falloff at the corners.
Top

Folks are probably wondering why I want to do a tapered lens hood. Reason is that it enables a diffuser to be mounted within the region between the coin and lens such that the lighting angle is made near-axial. Here is a diagram of the arrangement: 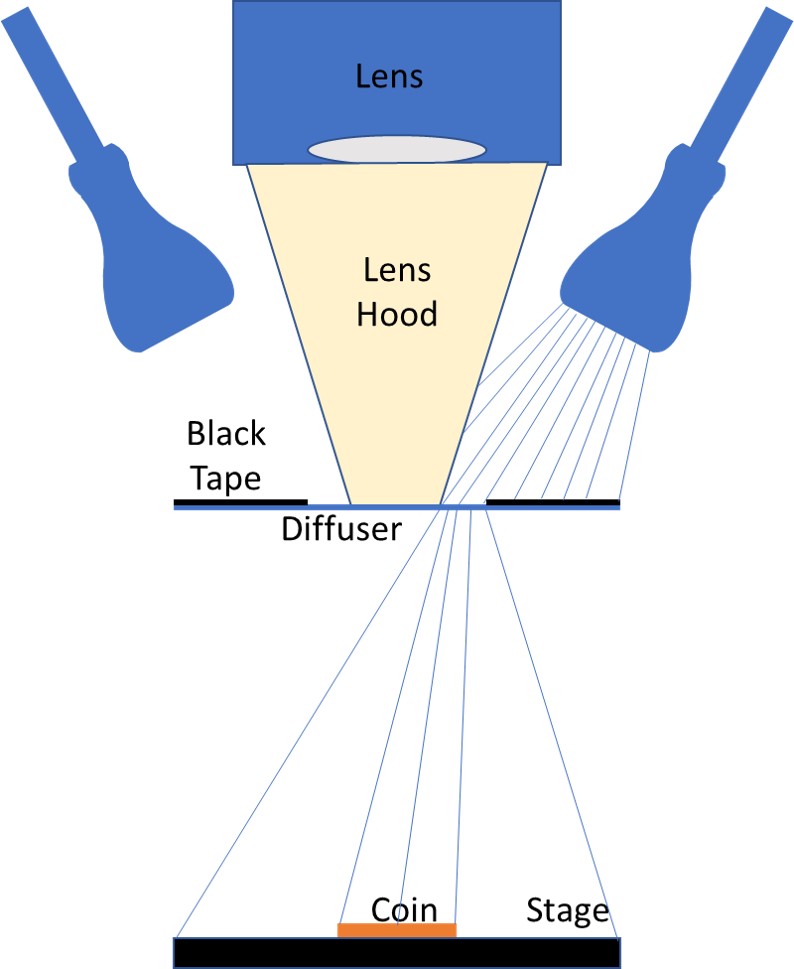 Really excellent informative diagram Ray thanks for that!

It really makes a huge difference.