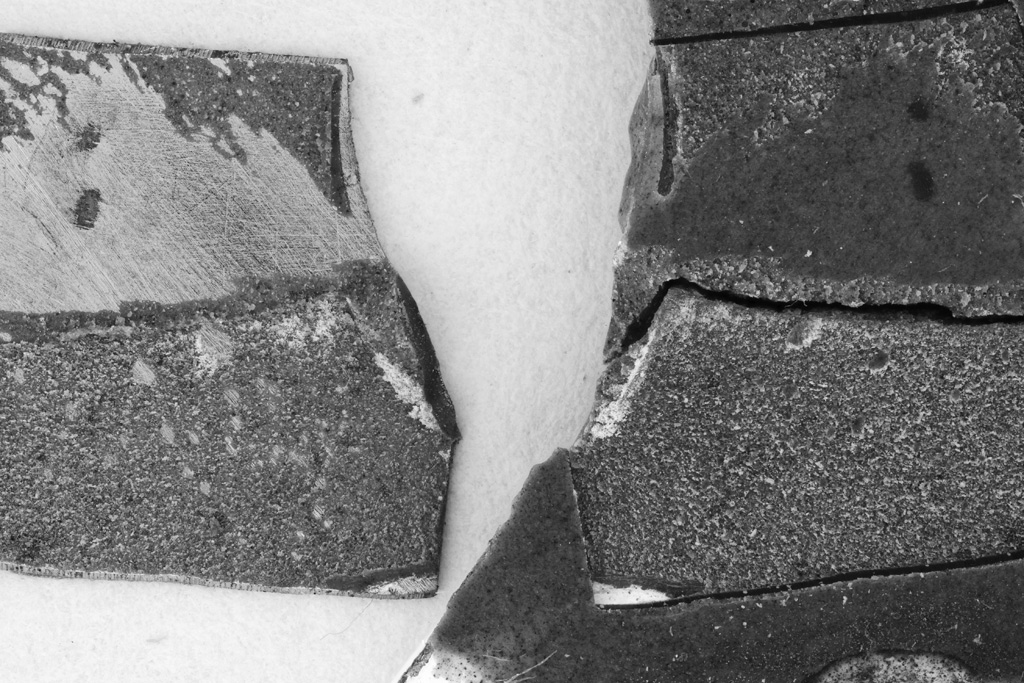 From time to time I write that I don't trust glued joints. This is an illustration of why that is.

I repaired a screen door lock handle that I had broken by pushing it the wrong way. I expect that repair to hold well, but that's because I cleaned off the paint down to bare metal, then sandwiched the broken part between two splints made of 0.010" steel plate that I carved from an old feeler gauge, with Loctite Weld being used to hold the sandwich together. Most of the stresses in that case will be shear, and over a fairly large area. If I screw up and push the handle the wrong way again, I have no idea if the repair will be the part that breaks, and if it does break, nothing very bad happens. It's the perfect use.

In fact the repair did hold well, for about 14 months, and then it failed as shown in the image above. On the right side of the image are the two halves of the now re-broken door handle, and on the left is the steel splint that was epoxied over the break on this face. There was a similar splint on the other face, not shown.

The failure is interestingly asymmetric, with the epoxy having peeled cleanly from almost all of the splint on one side of the original break, but mostly broken through the middle of the epoxy layer on the other side. Both sides were prepared and glued in just the same way at the same time, so I suppose the asymmetry must say something about how the failure started and propagated. Alas, I am not enough of a glue joint expert to tell that part of the story.