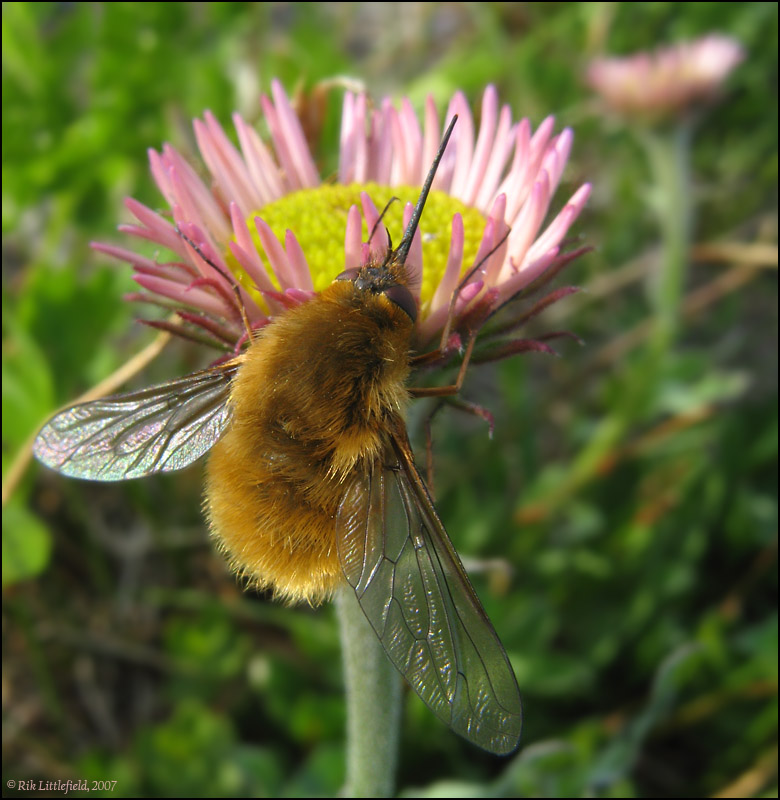 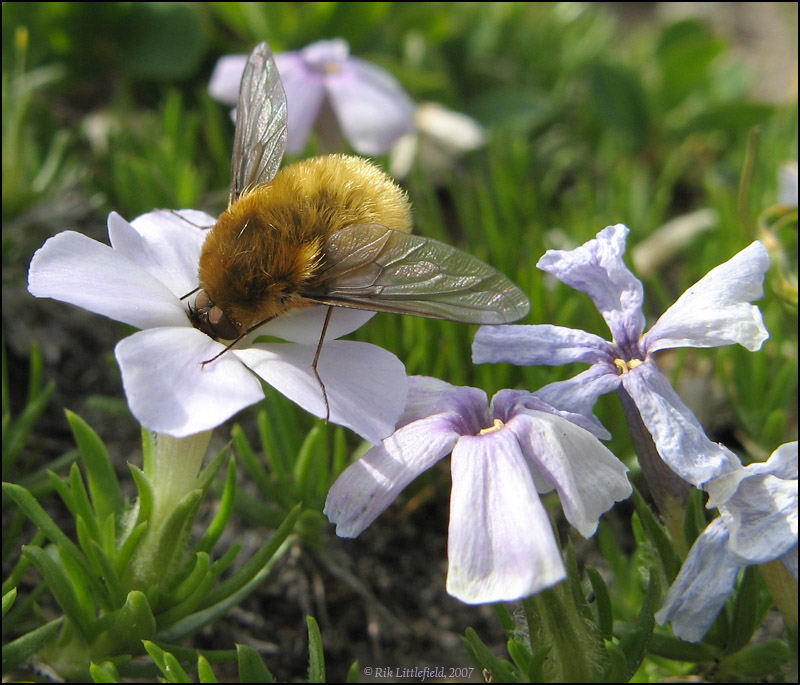 These bee flies (Diptera:Bombyliidae) are about 1/2" long. Pic #1 was shot approaching sunset; Pic #2 was shot in late afternoon when the light wasn't quite so warm. The fly in pic #1 had actually shut down for the day -- it was so cooperative for such a long time that finally I poked it with a finger to see if it was really alive! It was, and in response to my poking, it merely shifted position. The shift was fortunate, since it placed that long straight proboscis in a position that showed it off much better.

The fly was still there at 6 o'clock the following morning, but had left by 7.

I'm still getting used to this new camera, but I think I'm going to like it a lot for hiking. It's hugely easier to carry than my DSLR, and unlike many point-and-shoots, it has a full complement of exposure controls. I have to give up telephoto macro (one inch field width at several inches working distance on the DSLR, versus one inch field width at, well, about one inch working distance). Also the small sensor is a bit noiser than the DSLR. But the decrease in physical pain is definitely worth those tradeoffs for some adventures.

Got a photo or two of one of these too but did not know what I had at the time.
Top
Post Reply Previous topicNext topic
3 posts • Page 1 of 1