Hi, the 1st time I was using a Canon 7D for stacking using Zerene stacker and I noticed the background (and part of the subject) is full of 'hair lines' and I need advice what went wrong. I don't remember seeing this before with 6D or 450D. 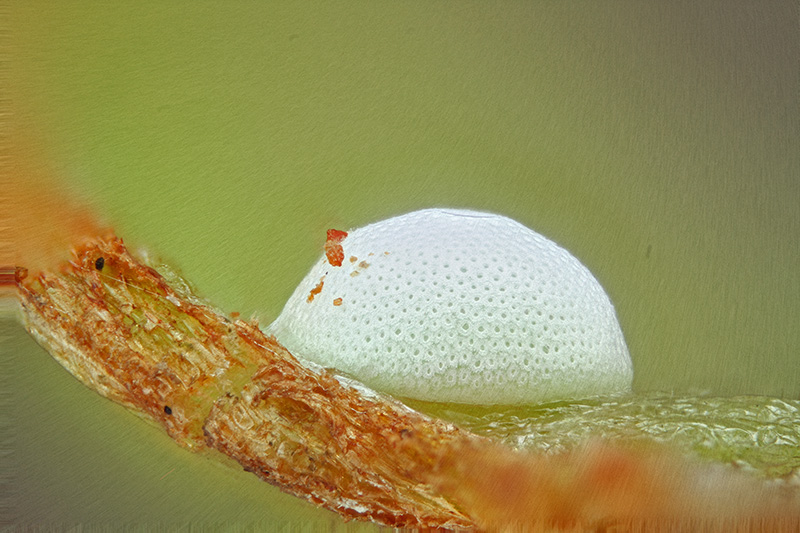 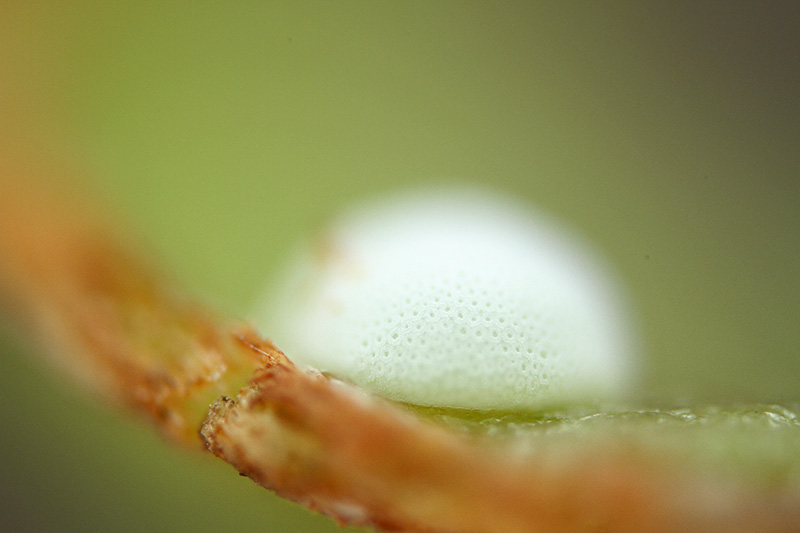 I wonder if that is the same problem I was having with my 5D MIII. Here is a thread where there are examples of the artifact, and some solutions offered by Rik:

Jin, I have serious concerns about the sensor on that camera.

The thin row of horizontal streaks at image left is just a matter of a slight shift in framing from one end of the stack to the other. It's similar to but less extreme than what's discussed in the thread that Asha points to. That's a minor issue, easily handled by cropping.

However, the fine hair-like pattern that fills the background suggests a much more serious problem. What you're looking at, I think, is a pattern of pixel noise that remains fixed from frame to frame instead of varying randomly as it should. It's basically the same as if your sensor were covered with a million tiny specks of dust. In a single frame, these look like ordinary pixel noise and are invisible. But the same as with ordinary dust, the stacking process has turned each pixel-sized speck into a linear "trail", which then is easily seen.

The overall flow of the hair, sweeping from upper right to lower left, reflects decisions by the alignment process about how to keep your subject lined up from frame to frame. The general shape of that flow can be tweaked by changing alignment settings, such as turning off Rotation and possibly Scale, but that won't get around the basic problem that your sensor has that fine fixed pattern of pixel noise superimposed on it.

You can also hugely reduce the visibility of this problem by rendering smooth and out-of-focus areas with DMap instead of PMax. That's because DMap will typically show each speck in only one or two of its positions after alignment, instead of showing each one at all of its positions like PMax does. But again, this is just a workaround and does not affect the basic problem of the fixed pattern of pixel noise.

If this camera were mine, I would look at getting it repaired by Canon. I would not be surprised if this is a calibration issue. Sensors will normally have some slight variation in sensitivity from one pixel to another due to random variations in manufacture, and I have a sneaking suspicion that cameras have built into them a map of those variations so that they can be backed out before we ever see the image. If that's the case, then properly resetting the map should fix the problem. Or if that's not the case, then I think you're looking at either a new sensor or using DMap to live with the problem.

Hi Rik, if talking about pixs noise it could be the power supply noise introduced by the DC adaptor I just gotton. I will try using battery to take pic/stacking and report it back here when I'm done.

jin wrote:if talking about pixs noise it could be the power supply noise introduced by the DC adaptor I just gotton.

Again, the problem here looks like a variation from pixel to pixel that repeats in every frame at the same pixel positions. Power supply noise would have no way to do that. I will be very surprised if swapping power while keeping everything else the same makes the problem go away.

But confirming that the problem occurs even when using all Canon equipment is definitely a good thing to do. It's something that you would want to do in any case where you're looking at requesting a repair.

You are just amazing!

I compare 450D vs 7D MK1 (batt operated) and found there is still pixs noise exist but seem slightly lower (using batt) but not significant but with compared to 450D - basically no pixs noise observed.

thanks Rik for the root causing 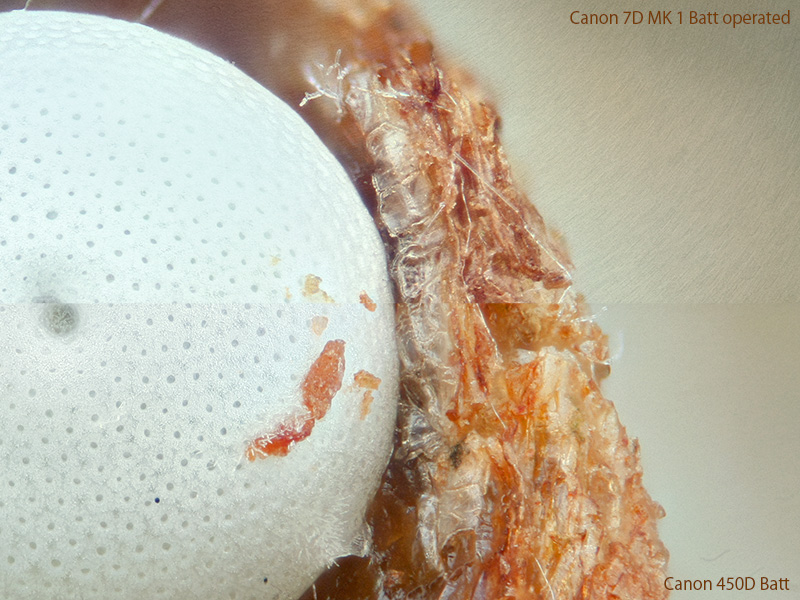