I thought about titling this post "Olympus CHT focus block is hard to harvest", thinking of course about extracting it for use as an isolated focus block. But perhaps somebody else will think of an easy way that I've overlooked.

Here's the essence of the problem. Unlike other Olympus arms such as the CHA, here on the CHT the condenser block and the focus block are largely made of a single piece of metal. In this picture I've tinted it blue so you can see what's involved. 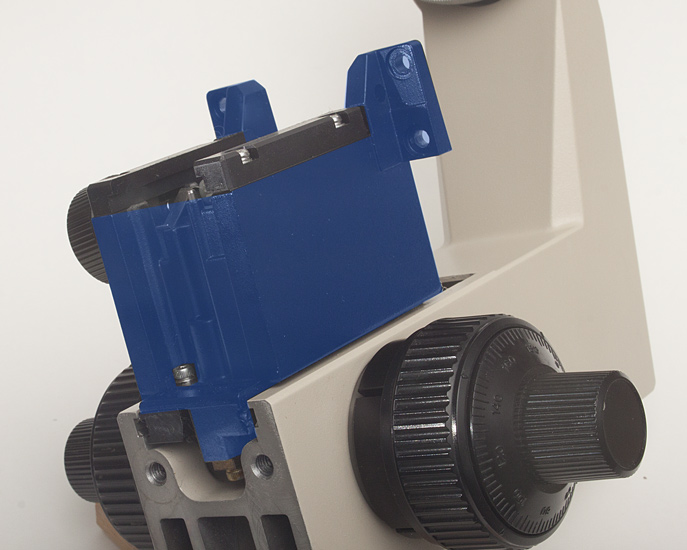 In the end view, it's easier to see some parts of the construction. One track is machined into the big blue integrated block. The other track is machined into a small block that is bolted to the big one. At this end there's an adjustment screw (not shown) that runs down and threads into that tapered brass nut you can see at image center. The tapered nut forces the two blocks apart, and a locking screw then holds the two blocks in place. At least I think that's how it works. I haven't disassembled everything to be sure, and I don't have a manual for this one. By the way, what looks like a horizontal joint in the blue block is really just a mold line. In a moment we'll see the other end, which is machined differently to make it obvious where there are not joints. 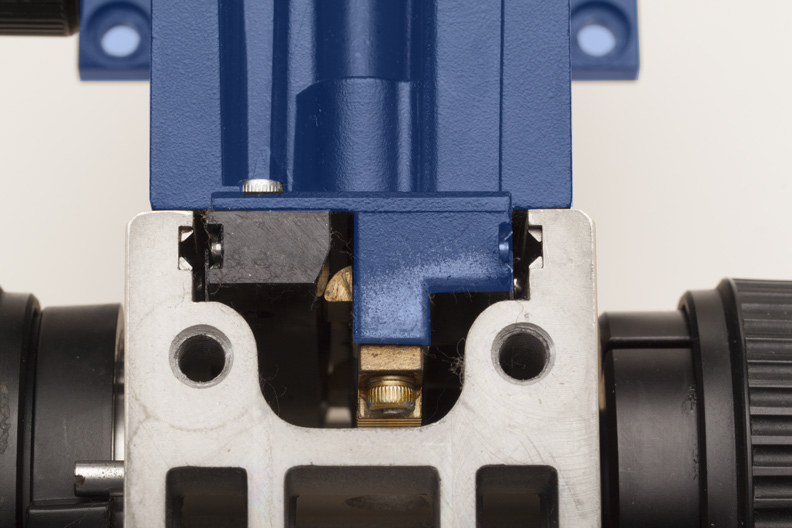 The other end of the blocks has the same arrangement, with the two screws shown here in what would normally be the front view with the condenser holder removed. 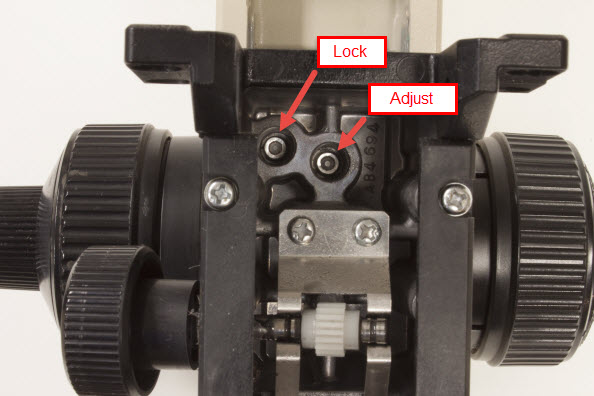 Here at the upper end of the assembly you can see more clearly the big and little blocks that project back into the arm to form the tracks. It's clear on this polished end that there's no joint between the big block and one of the tracks. 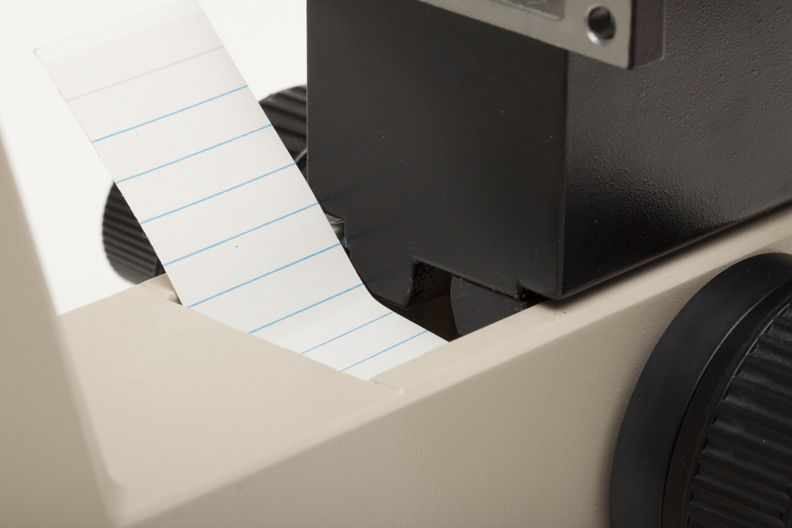 This arrangement is very different from the CHA, and not nearly as friendly for repurposing. With a CHA, the condenser block just screws off leaving a nice flat threaded face on the focus block. But to get to a similar state with this CHT would seem to require slicing completely through that big block. That's not an easy task and you'd want to completely disassemble the block first to avoid damaging the ball bearing tracks. Alternately, one could remove the condenser tracks and bolt an additional spacer up there to clear the stage mounting tabs that stick out, or perhaps just hack off the stage mounting tabs while solidly clamping the big block to protect the races. But either of those last two approaches still leaves a big chunk of metal that's basically just taking up space.

On the back side of the arm things are lovely. There's just a plastic cover that pops off ... 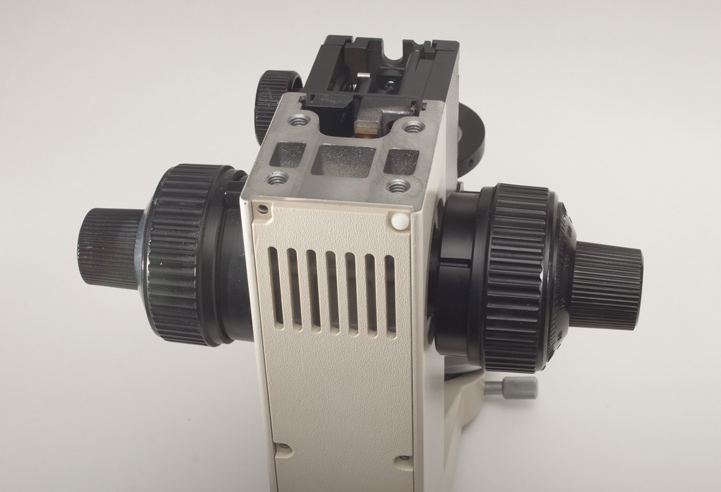 ...to reveal lots of places where the block could be attached to a new mounting plate. 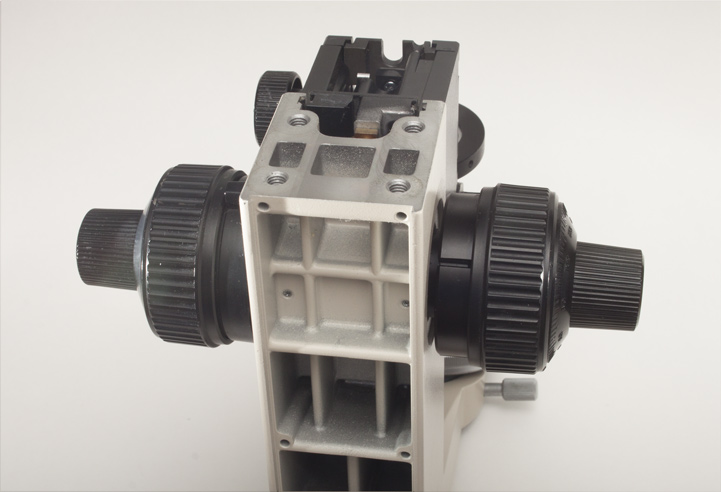 What a cocked-up design for a focus/condenser assembly! None of the Olympus or Nikon stands I’ve disassembled has been like this. The condenser assembly has always been separable via few hex bolts.


But to get to a similar state with this CHT would seem to require slicing completely through that big block. That's not an easy task . . . .

This would be my own preference, and doesn’t immediately strike me as difficult--but I'm assuming that one has access to a metal-cutting band saw. Don Wilson (who, as many know, is the fabricator I work with for such things, and whose contact information can be found in this post) has sliced through chunks of metal for me, using his band saw, and not seemed to consider it a big deal. This condenser block is likely made of “pot metal,” and it might be a very doable cut.

In my case, I’d drive over to Don’s shop with the block and show him where I’d like the cut to be made—as low as possible on the condenser block, while clearing the focus knobs and retaining enough thickness to provide a solid platform for the camera. I suspect that one of us would end-up making a simple jig to hold the block and provide a flat surface for the band saw’s stage. But I’d definitely want to bat the approach back and forth with him before going forward.


. . . and you'd want to completely disassemble the block first to avoid damaging the ball bearing tracks.

Maybe, maybe not. If the ball bearings and their tracks are steel, they may be pretty tough. And if the condenser block is pot metal, the process of slicing it may not inflict much punishment. I’d consider this rather hard to predict, but if I had a focus block I could afford to risk, I’d probably give it a go.

Against this, I'd raise the question of whether disassembling the block to protect the bearings and tracks carries risks of its own. Some Nikon focus blocks have two-part, adjustable-distance bearing blocks that superficially resemble this Olympus approach. I have repair manuals for those, and the process of disassembly, reassembly, and adjustment seems daunting. It apparently requires dedicated tools and the removal and reapplication of adhesives. Perhaps it's not so hard as it appears. Or of course, your Oly block may be quite different.

Why anyone would even consider using any of this Veterinary School level junk for anything other than a disposable teaching tool is beyond me.
I am not young enough to know everything.
Top

Choronzon wrote:Why anyone would even consider using any of this Veterinary School level junk for anything other than a disposable teaching tool is beyond me.

I'm guessing it's because these focus blocks are available, inexpensive, and seem plenty good enough for the intended use, which is to construct setups like the Bratcam. Lots of other ways of repurposing similar hardware are shown in the links HERE and in particular the currently 9-page thread on focus blocks.

We're always interested in other options, of course, so if you have some good alternatives in mind, please let us know.

I'm speaking specifically about Olympus CH designated focusing mechanisms.
By cheap, do you mean between $50 to $100? Because that's what I see being sold on eBay rather routinely. For just a bit more money, one can have something more precise and durable, not having to worry about hacking it all up.
I am not young enough to know everything.
Top

Choronzon wrote:For just a bit more money, one can have something more precise and durable, not having to worry about hacking it all up.

Excellent. That's the kind of information that I'm trying to collect. But to be useful, we need specifics. Exactly what equipment are you talking about? 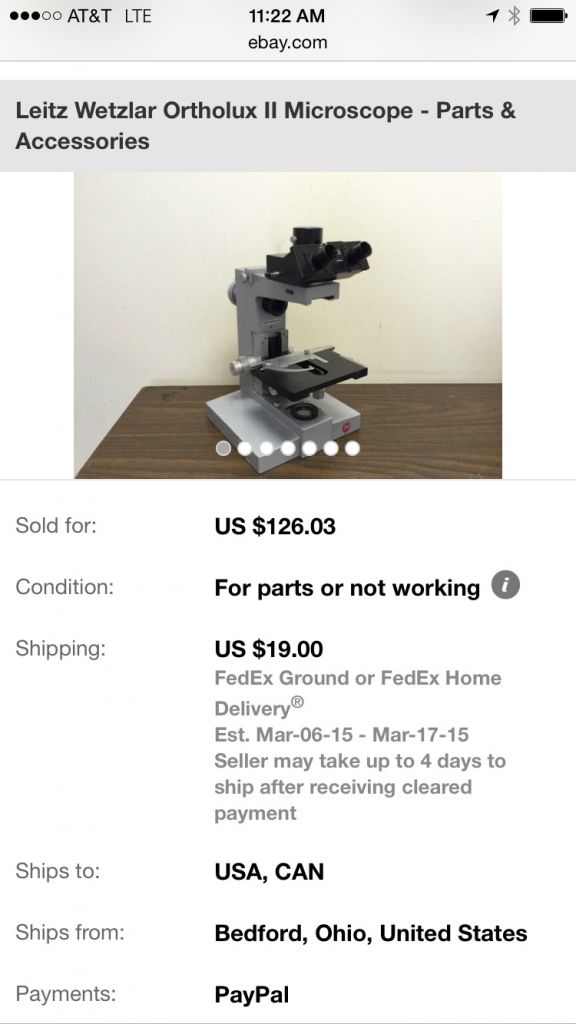 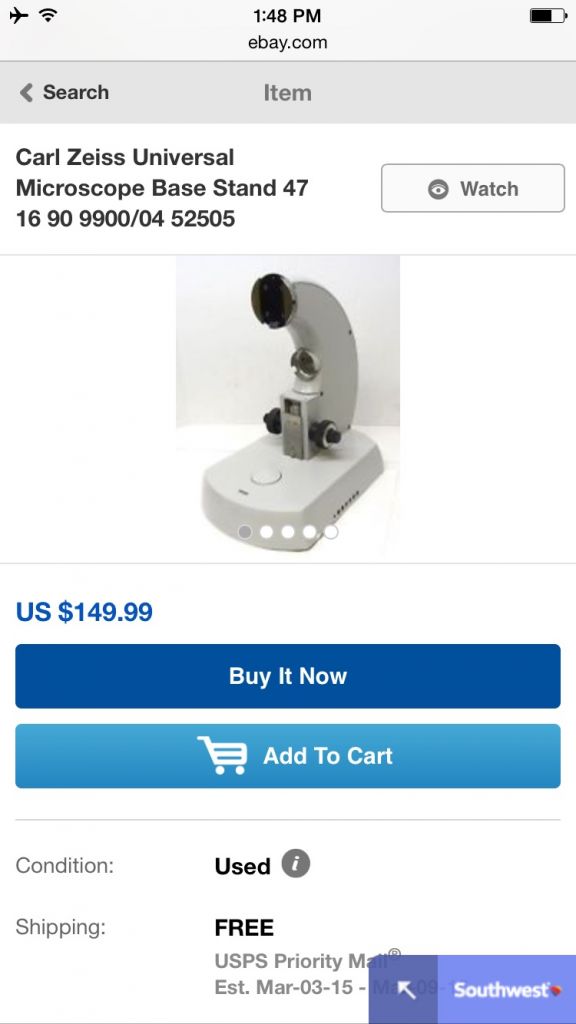 I am not young enough to know everything.
Top

Excellent. Any others that you'd recommend watching?

(I notice that neither of those shows up in my searches right now, and I have no idea how often they turn up.)

Choronzon, I don't know about the Leitz Ortholux, but AFAIK the Zeiss Universal focusing block has a very short (about 2mm) fine focus travel, so despite being a high quality and precision mechanism it is of little utility to focus stacking macro subjets when more depth is required.

I have at work a big lot of Oly CH chinese clones (pretty crapy in some other aspects) and their focus mechanics have survived for 11 years now in rude student hands.
Pau
Top

The Ortholux II has 30mm travel at 100 microns per revolution of the fine, the Orthoplan has 40mm at the same resolution. I suggest you look at that Zeiss Universal a little closer. More importantly, a research level upright stand has a dovetail where the stage/condenser can be raised or lowered. As for Olympus, I have over 60 various microscopes in my downstairs condo and not a one of them Olympus. I've spent too many years of my youth working on their clinical and school microscopes to be impressed. Coupled with the unethical practice of kickbacks on no bid quantity sales, I want absolutely nothing to do with any of their products.
I am not young enough to know everything.
Top

Rik, with the CH-T, what do you think of the idea of leaving the condenser rack in place and mounting the camera on top of it? It requires cutting off the condenser ring part (which may be easy with a band saw, but not so easy with a hacksaw).

I know the condenser block adds a lot of extra height, though that does give a little more clearance from the main turret arm.

Just for reference (this is NOT a good way to do it because the arca clamp is not as well mated with the condenser rack plate as it should be), here's how I did it: You mentioned that you don't have the manual for this scope. I'm sure you have the generic CH repair manual, but for completeness and posterity from the Alan Wood Library 'O Olympus:
http://www.alanwood.net/photography/oly ... loads.html
(In the CH compound microscope section)
If your pictures aren't good enough, you're not close enough. - Robert Capa
Top

Choronzon wrote:I suggest you look at that Zeiss Universal a little closer.

Does that mean that you have access to one of these, and can measure that it has a longer fine travel than the ~2 mm that Pau mentioned?

It has a planetary gear mechanism with the corresponding fine adjustment travel of the entire bearing block
I am not young enough to know everything.
Top

According to THIS pdf of the Zeiss Universal manual, page 9 section 1,7 reads as if the fine focus does not travel the full length. It says to bracket the fine focus before using he course focus, to allow for enough room above and below for fine focusing. Unfortunately it does not give explicit specs on it, so we can't be certain just based on that phrasing.

Also, I have tried two different Leitz Dialux models which the fine focus did not travel the full range, so I would feel more comfortable knowing that some one has tested the Wetzlar Ortholux series to confirm that it does have full travel over its fine focus.

TheLostVertex wrote:According to THIS pdf of the Zeiss Universal manual, page 9 section 1,7 reads as if the fine focus does not travel the full length. It says to bracket the fine focus before using the course focus, to allow for enough room above and below for fine focusing.

The instructions do seem pretty specific on that point. "Adjusting the fine focusing control to a medium working range: turn the fine focusing control unit dot (13.1) is bracketed by the two lines." That description is accompanied with a photograph of the focus block, appearing to show a couple of lines that cannot be more than a couple of mm apart.

Is there more than one style of "Zeiss Universal"? Perhaps somebody with current physical access to a Zeiss Universal can shed some light on this issue?