Today I had a tree stump ground out of my backyard.

The grinder kicked up a few rocks, breaking most of them open in the process.

Most of the broken rocks did not strike me as interesting, but this one did. 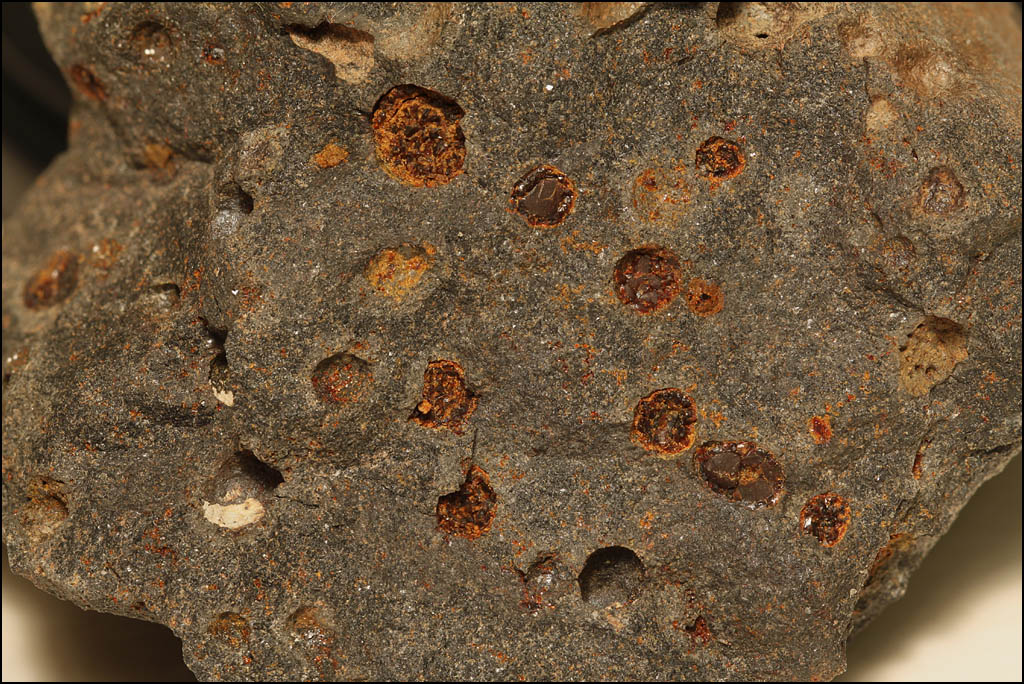 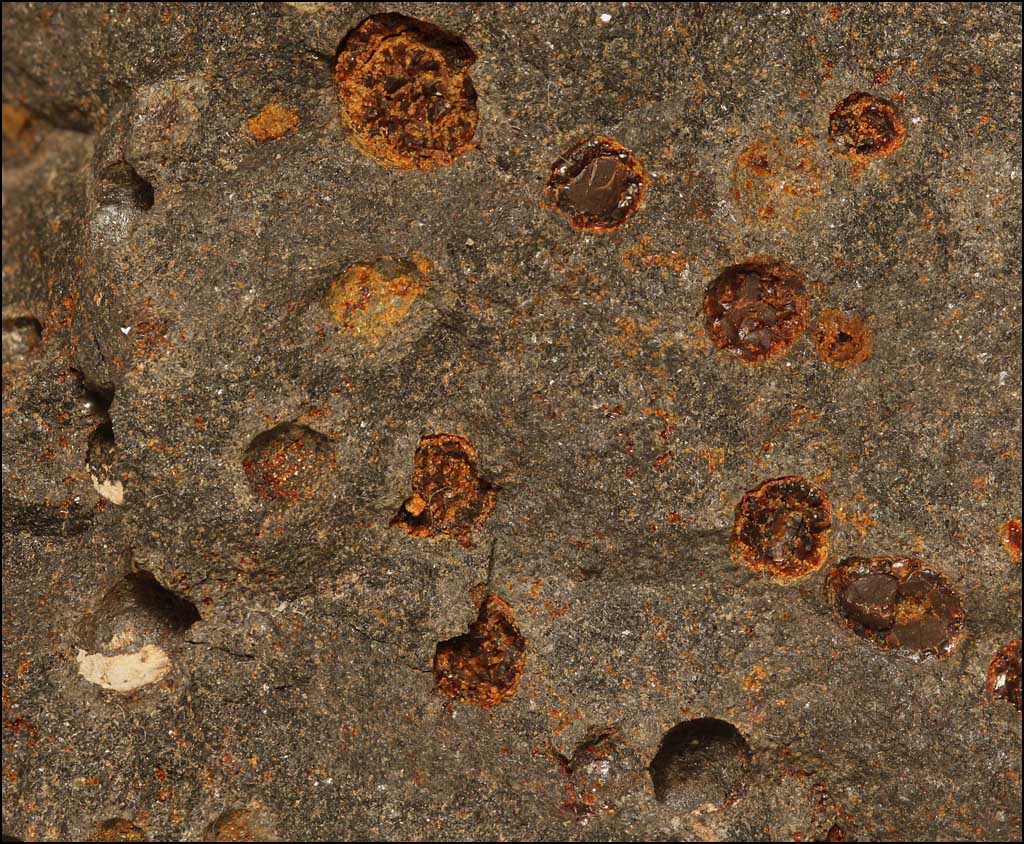 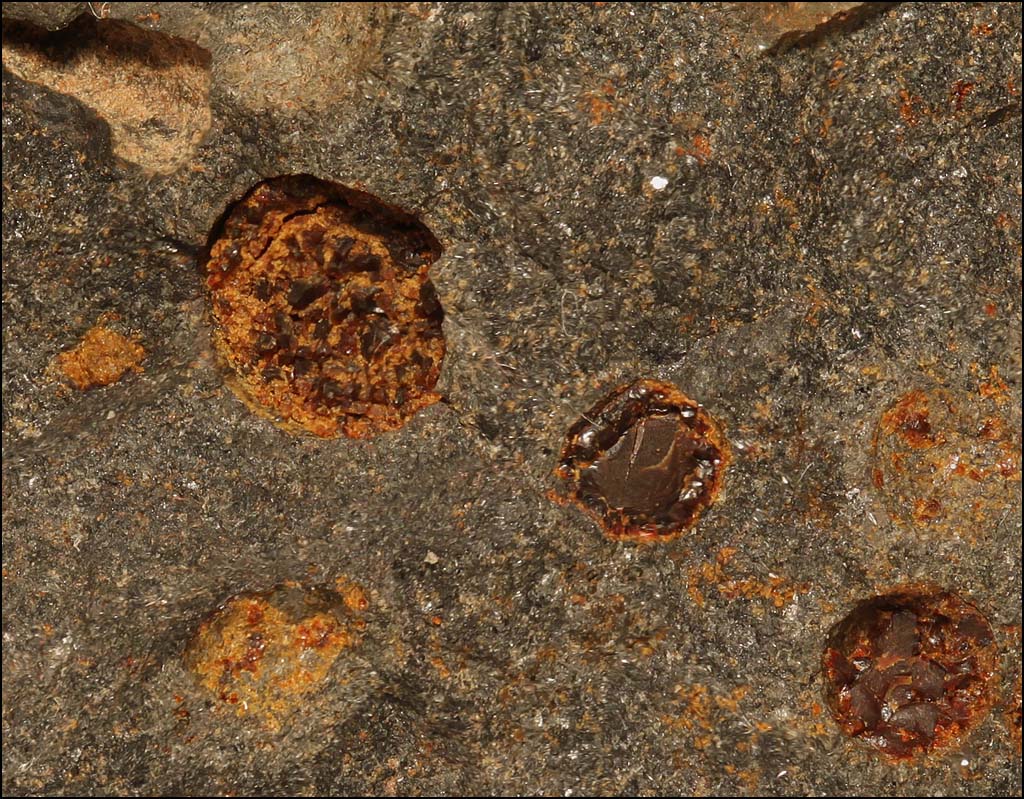 I live on a plain formed by cataclysmic floods at the end of the last ice age. As a result, the rocks in my yard are a thoroughly mixed jumble plucked randomly from probably several hundred square miles. A fair number of them came from ancient lava beds to the northeast, and many of those contain empty voids formed by gas pockets when the lava erupted.

This particular rock, however, seems rather more interesting. It appears to have started life as lava with voids, but then many of the voids got completely filled in with some brown crystalline material and a few of them just accumulated a thin white deposit on one side.

If anybody knows more about this material, I would be grateful to learn.

In the meantime, it was another opportunity to practice using Magic Lantern. This was 21 frames at f/8 shot with StepSize 1 and 3 steps per frame, using a Canon EF 100 mm f/2.8L IS USM macro lens on a Canon T1i camera. 1/3 second exposure time with incandescent illumination. Just camera on tripod -- no tether or rails. Very simple setup!

I hope one of our geologists solve this mystery. It's a fascinating piece of 'rock'.

The gas vesicles filled with minerals are called amygdules. Its composition may be highly variable, and often not related with the composition of the rock or original magma.

Yours seems an iron rich mineral partialy ozydized, but it's impossible to determine a mineral this way.
Pau
Top

Pau, many thanks for the information. Just having that word "amygdules" is very helpful for looking up more.

Last Sunday I was collecting in the Capitol Forest near Porter, WA. This was in basalt quarries where we were looking for zeolites. Some of the basalt had a weathered rind with similar looking void filling to your piece. The inner, unweathered voids had a clay mineral in them. These are not visually identifiable. This mineral will weather to various iron oxide minerals. The zeolites we found were cowlesite, analcime, thomsonite, phillipsite, and chabazite. The clay minerals were black, brown, and a bluish gray which made the colorless minerals take on the color of the clay mineral.
Doug
micro minerals - the the unseen beauty of the mineral kingdom
Canon T5i with Canon 70 - 200 mm f4L zoom as tube lens set at 200mm, StacK Shot rail, and Mitutoyo 5X or 10X M plan apo objectives.