Tales from the crypt

Tales from the crypt 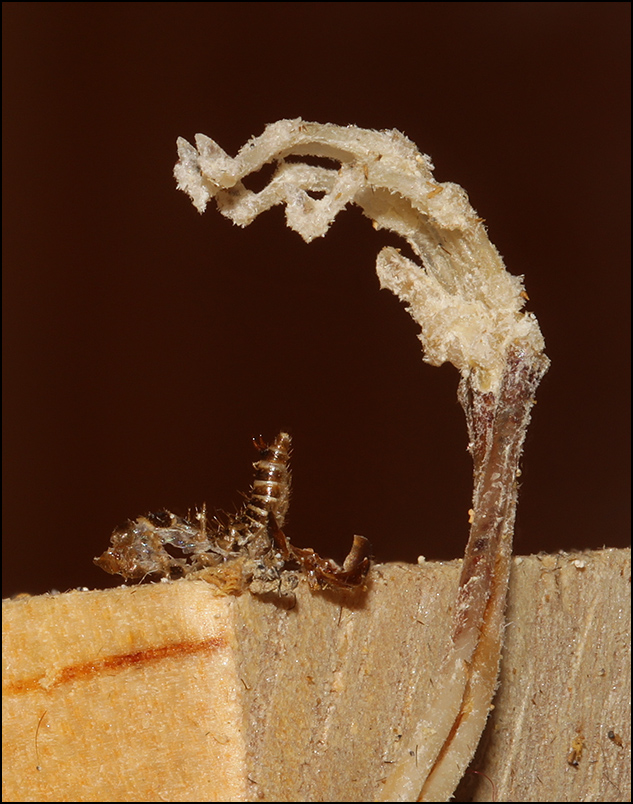 Remains of a long dead mouse, captured with the instrument of his demise and one of the corpse's ardent admirers.

Took me a moment to realize that that was its putrified foot creeping up the side of the trap. Maybe you could illustrate some of Poe's work?
Paul
https://rainforests.smugmug.com/
http://www.flickr.com/photos/31137609@N08/
http://pbertner.wordpress.com/
Top


pbertner wrote:Took me a moment to realize that that was its putrified foot creeping up the side of the trap.

The remains were photographed undisturbed -- hence "Nature Photography" -- inside a seldom used cupboard of a continuously used kitchen. I'm not saying whose kitchen, other than not mine, but suffice to say I'm pretty sure the owner would have noticed and taken the time to track down any foul odors.


Maybe you could illustrate some of Poe's work?

Ah, don't I wish I had those skills.

Alas, I'm barely able to recognize a photo op when it presents itself!

This shot is actually cropped from a wider and taller framing that clearly identifies the mousetrap and other portions of the skeleton. But the whole frame was rather less interesting, and to be honest, a bit off-putting!

BTW, this was stacked from about 20 frames shot at f/11 using a Canon 100 mm f/2.8 L macro lens, focus stepped via the AF motor using Canon EOS Utility at a step size of 1 press of the ">>" button, if I recall correctly. That turned out to be a shallower step than was really required. Stacking every other frame is almost as good, though every third shows obvious banding. The camera was just propped on a couple of books while the stack was shot. On-camera flash, diffused and bounced to the interior of the cupboard using an index card.

Did you ask it to say "cheese"?

Very nice, allbeit macabre shot. Also interesting to hear about the canon feature, i had no idea, is it designed with stacking in mind? I hope it catches on in other makes.

tpe wrote:Also interesting to hear about the canon feature, i had no idea, is it designed with stacking in mind? I hope it catches on in other makes.

I know for sure that Nikon has it also, and actually it works better there because there's a very slick and inexpensive piece of software named ControlMyNikon that lets you set up and easily shoot a focus stack. See the Zerene Stacker tutorial "Using ControlMyNikon" for some guidance about that. I understand that the latest version of ControlMyNikon has an interface to Zerene Stacker built right into it, but I haven't had a chance to check that out yet.

On the Canon side, I'm not aware of any tool that is simultaneously good and cheap. EOS Utility is free (comes with every camera) but is not automated. DSLR Bracketeer is free and fully automated, but in quick testing I found the user interface a bit cumbersome. Tools like DSLR Remote Pro are reported to work well, but are costlier.