This rather large grasshopper (nymph?) appeared on my car today after I was stopped for a while at a rest area. The first shot is overexposed because the camera was misled by dark surroundings. Notice that a portion of the thorax is broken and displaced, sticking down between the wings.

The eyes of this hopper were very interesting, with their scattered covering of small white dots. 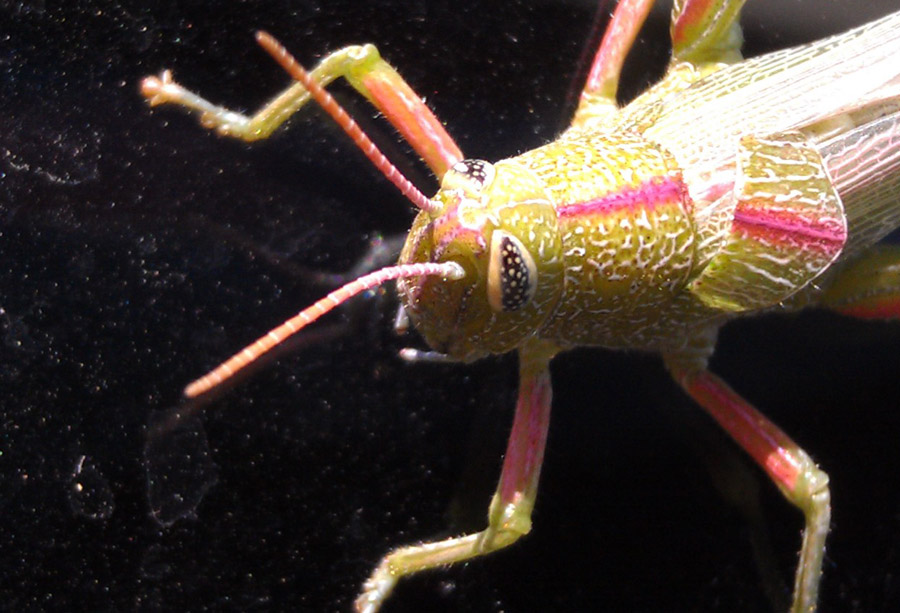 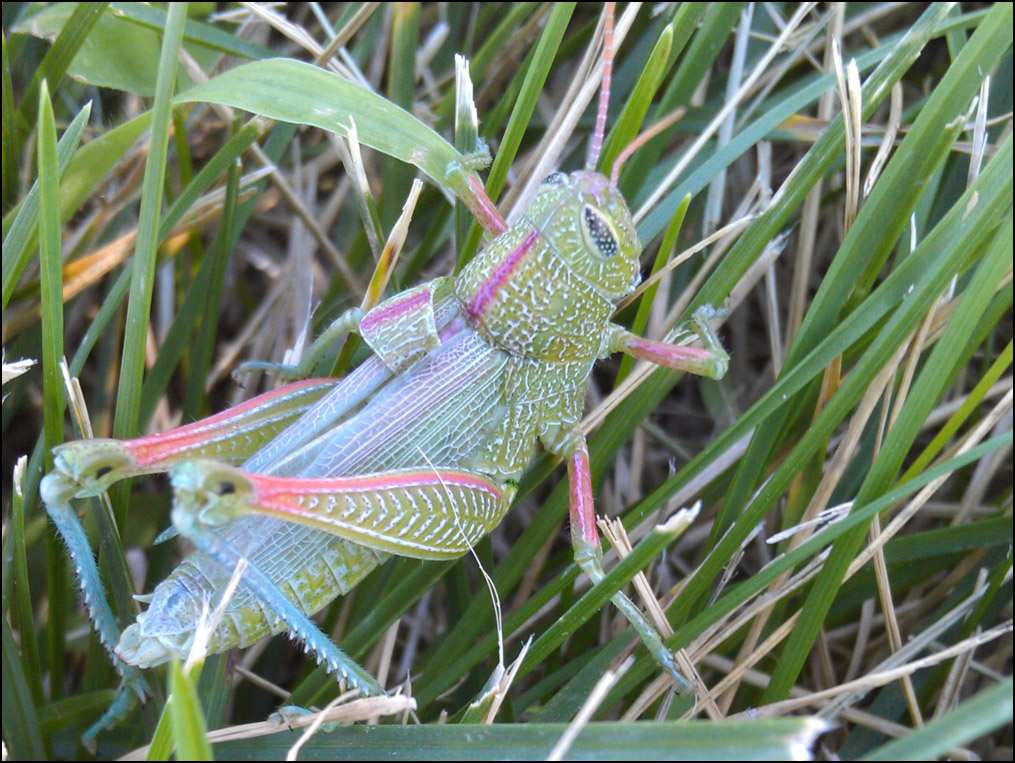 After some more travel, I checked to see if perhaps the car had collected another hopper with the same sort of eyes that I might photograph more carefully. No such luck. Only a lot of other hoppers, much less interesting to me but quite interesting to the local clean-up crew. 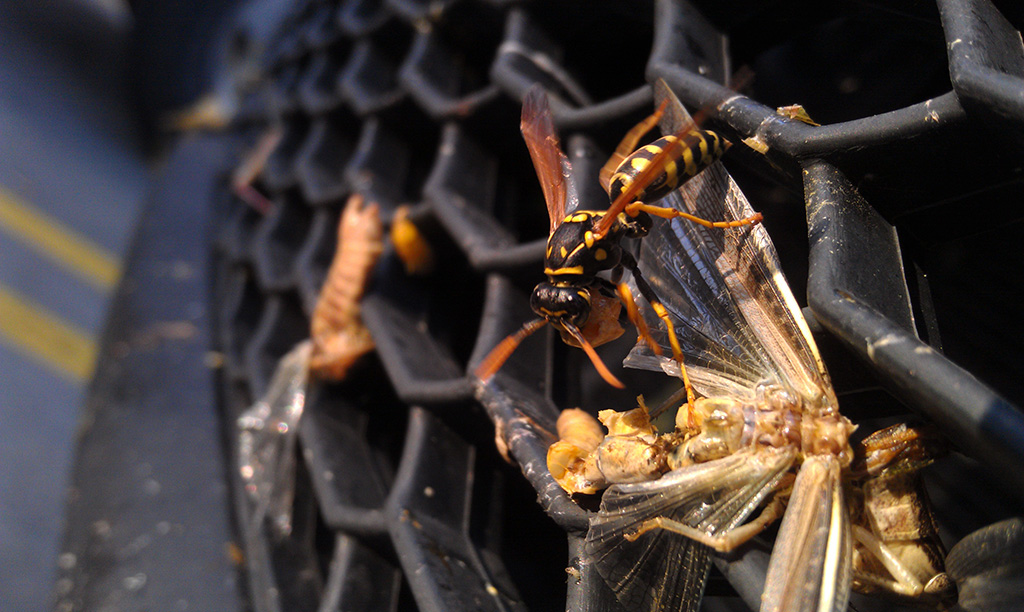 All images from HTC Droid Incredible 2. First two at Akron, Colorado; third at Fort Collins. The images are geocoded, if you look at the EXIF.

love the photo of your grill Rik.
My Flickr
Top

Thanks. Every time I walk by the car, the wasps are working it over. Must seem like a picnic to them!