This image is of a louse parasite from a pheasant. The slide is labelled ' parasite of Horned Tragopan' and is by a Victorian slide mounter, C. Collins Junior who sold slides under the name 'Micro-Naturalist' in the 1880s. The horned Tragopan is a species of pheasant, Tragopan melanocephalus, native to the Himalayas, but kept in captivity for its beautiful plumage. I tried to identify the louse, but I couldn't get much further than Sub-Order Amblycera, the chewing lice, http://en.wikipedia.org/wiki/Amblycera , commonly found on birds. I won't go into their method of feeding, particularly unpleasant! 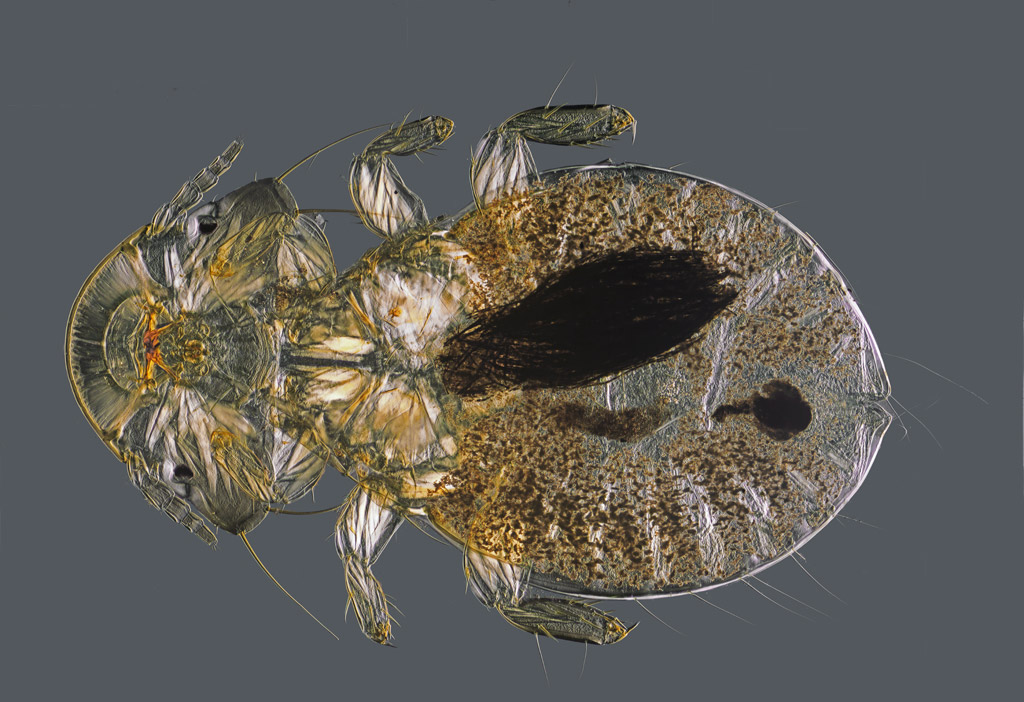 A larger 115 Megapixel version which can be zoomed into and navigated around is here http://photosynth.net/view.aspx?cid=7ba ... a4bb38de22

I was puzzled by the black structure on the abdomen. I thought initially it might be undigested stomach contents, but the material appears to lie outside the body of the louse, and higher magnification seems to show feather remains.

The method of preparation of the slide has preserved the structure of the muscles and these show up well under DIC because of their birefringence in polarised light.

Some of the features of the louse are shown in these crops from various parts of the larger image. 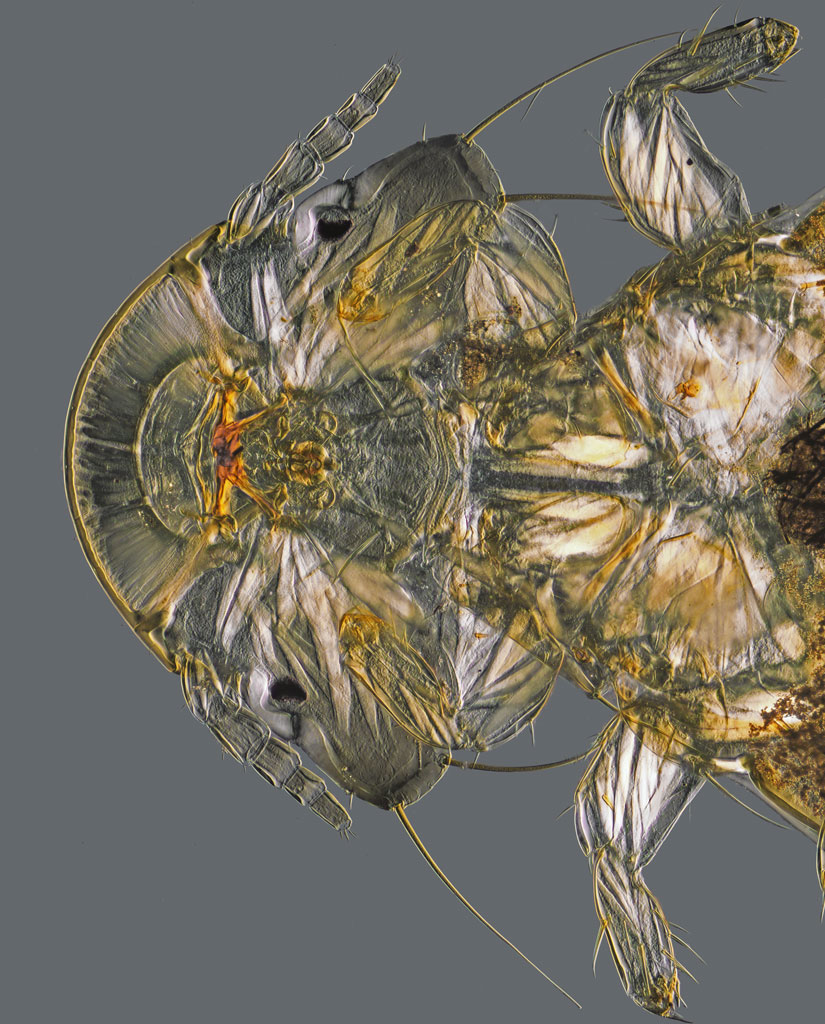 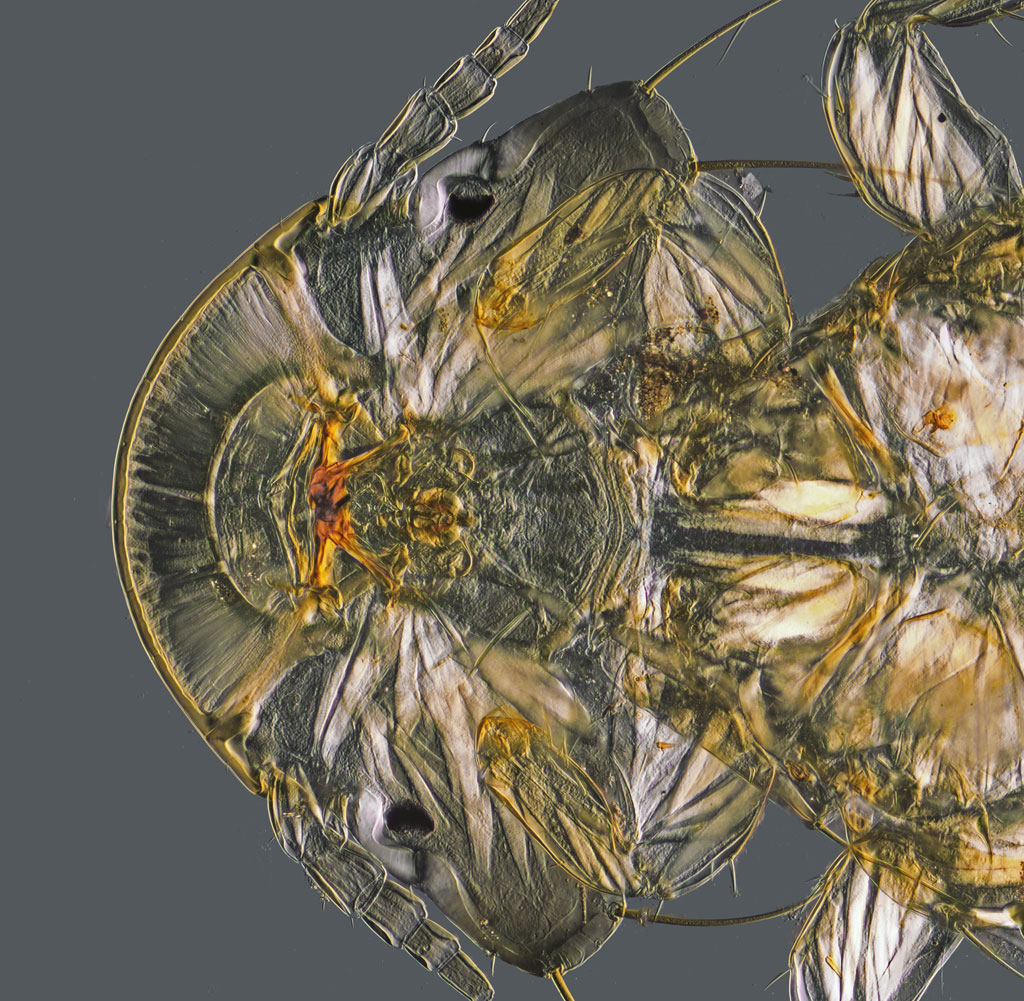 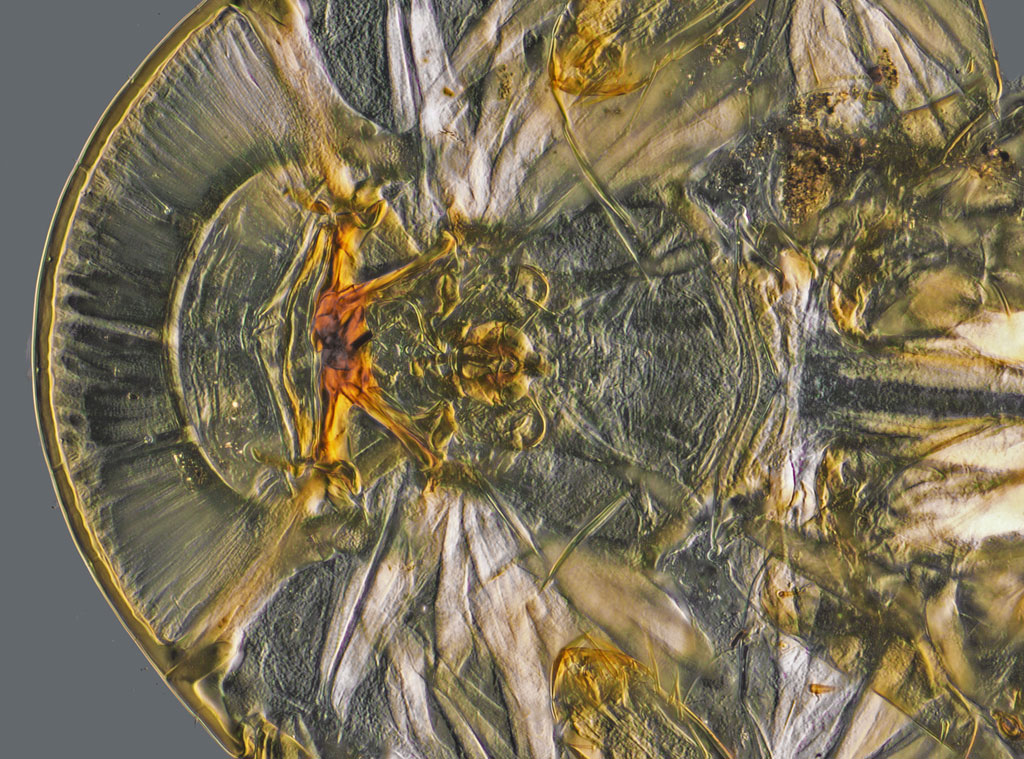 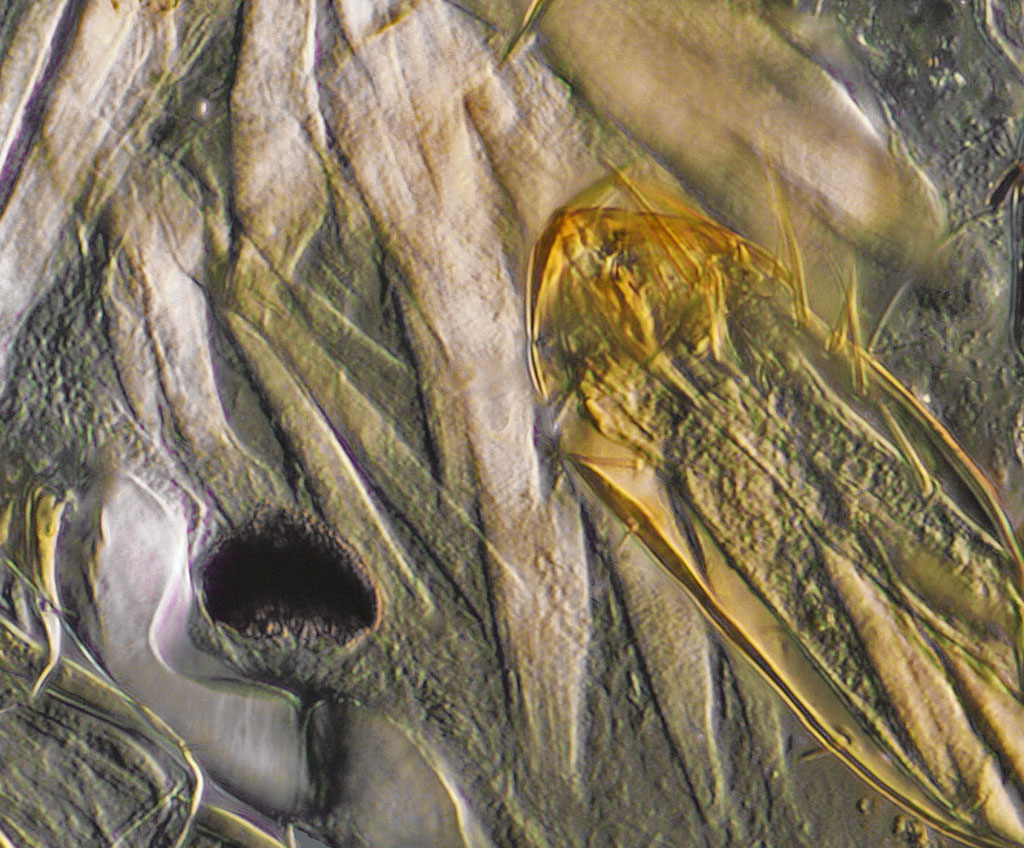 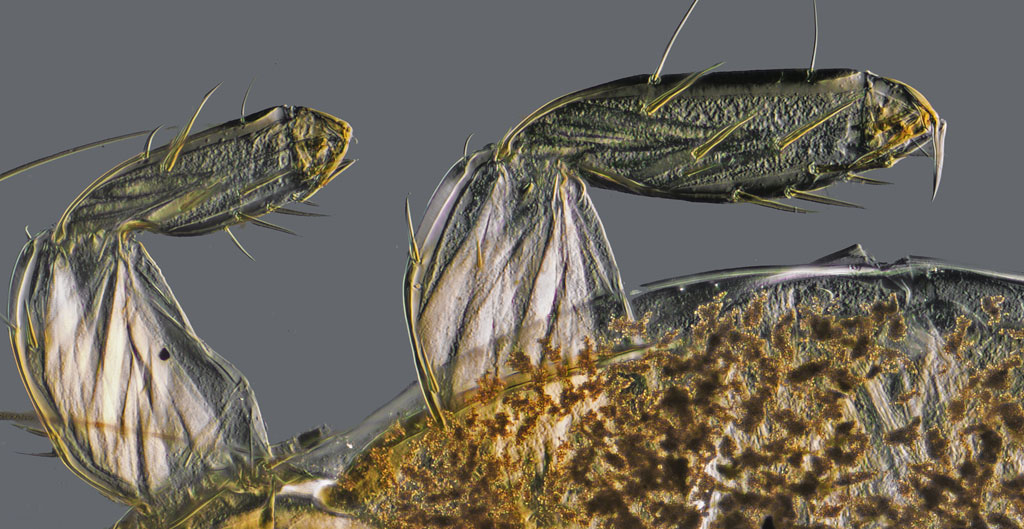 I thought these pictures might be of particular interest to Wim, who is, as we know is a lover of all things lousy.

Two thumbs up for this one! I'm pleasantly astonished at the fact you can pull out such beautifully defined muscles in this 130-year old slide.

Thanks Rik. That is greatly appreciated. I have one or two other old slides in which the musculature is well preserved, by this mounter and by another, L. C. Clarke who was selling slides in the 1920s. All of mine are of parasitic lice of one sort or another, though I have seen beautiful flea mounts in which the muscles are startlingly well preserved. Of course Fred Enoch's 'prepared without pressure' fluid mounts of insects showing musculature are legendary (and good ones, legendarily expensive

Amazingly beautiful Dave. Every time I see one of your old slides, I feel the gravity of the ages on it. It looks like the poor thing has had an anvil sitting on it for a hundred years and flattened it into a truly two dimensional thing.

Wow, Dave, I was looking at the images with amazement and than I noticed that you wre referring to me. Yes, I do consider myself a lousy photographer!

Very nice pictures and the quality of the slide is surprising. I have made mounts with clove oil myself but not as clear as this.

Thanks Wim, Regelio and Mitch. Wim, I so much enjoyed your piece on your 'lousy themed exhibition' that I was inspired to look around for additional lousy slides, so there are more lousy puns to follow.

I am looking forward to more itchy pics, Dave! Don't they say: 'Beauty lice in the eye of the beholder?'

Thanks Arturo.
Wim, I can promise you some things both itchy and scratchy, though at the risk of being called nit-picking, not all of them are truly lousy.

Dave, it mite me nice to see more muscely critter images. I will also try to make some.