On Saturday we have a Quekett Microscopical Club meeting on the theme of diatoms, so I thought I'd take a few photos. These are all stacks using a Canon EOS500D on a Zeiss Standard microscope with Zeiss KPL10/18 eyepiece: 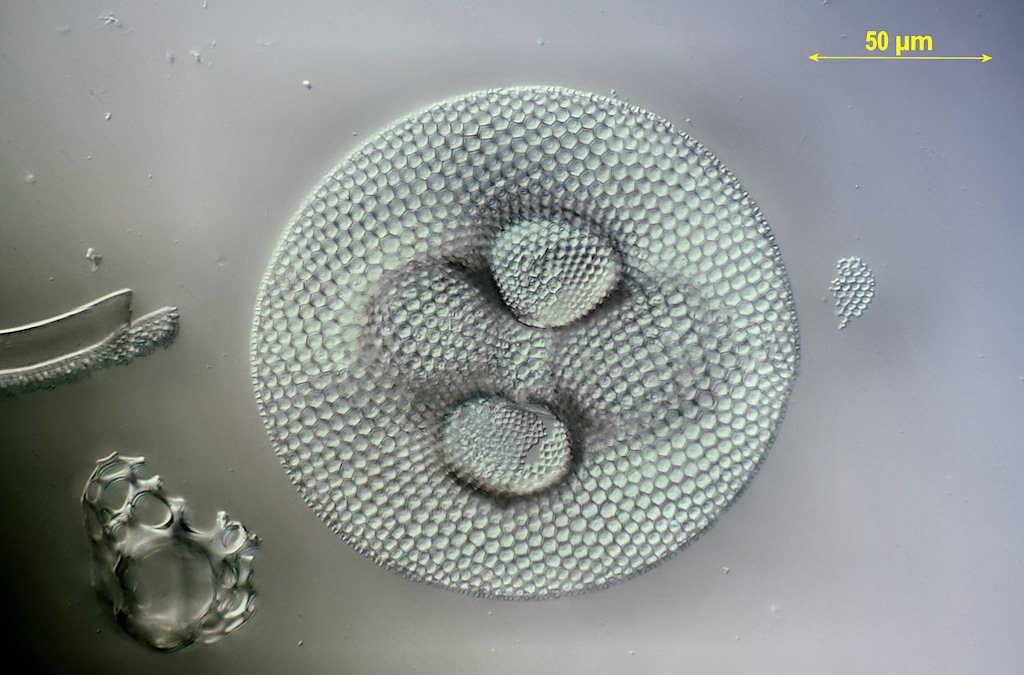 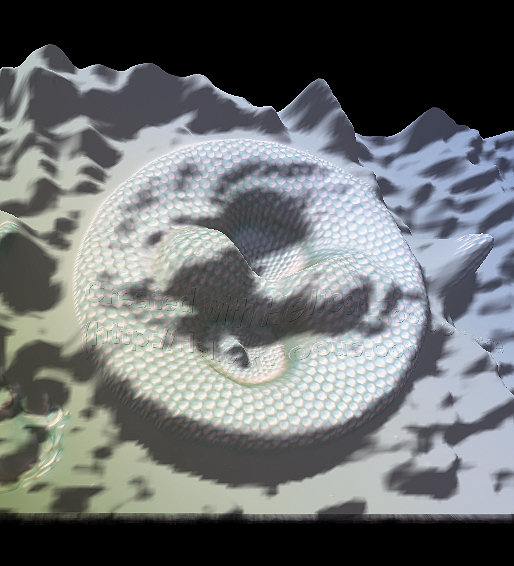 Here is the 3D rendering from Helicon, giving a fair idea of the shape. 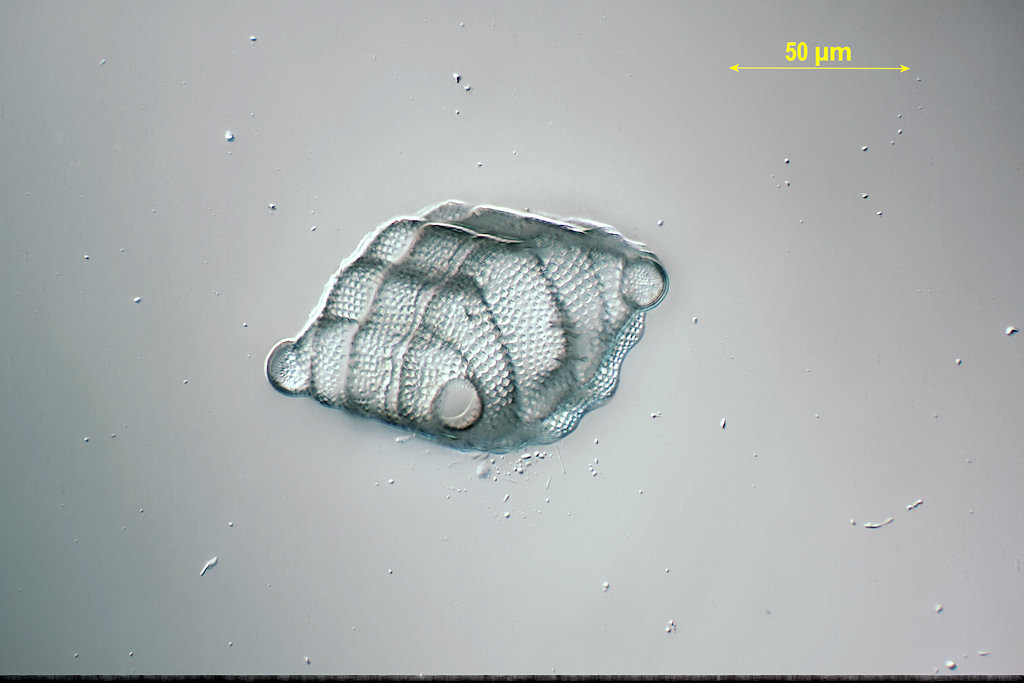 This Biddulphia sp is from Mauritius, also by Flatters & Garnett, using the same Leitz objective 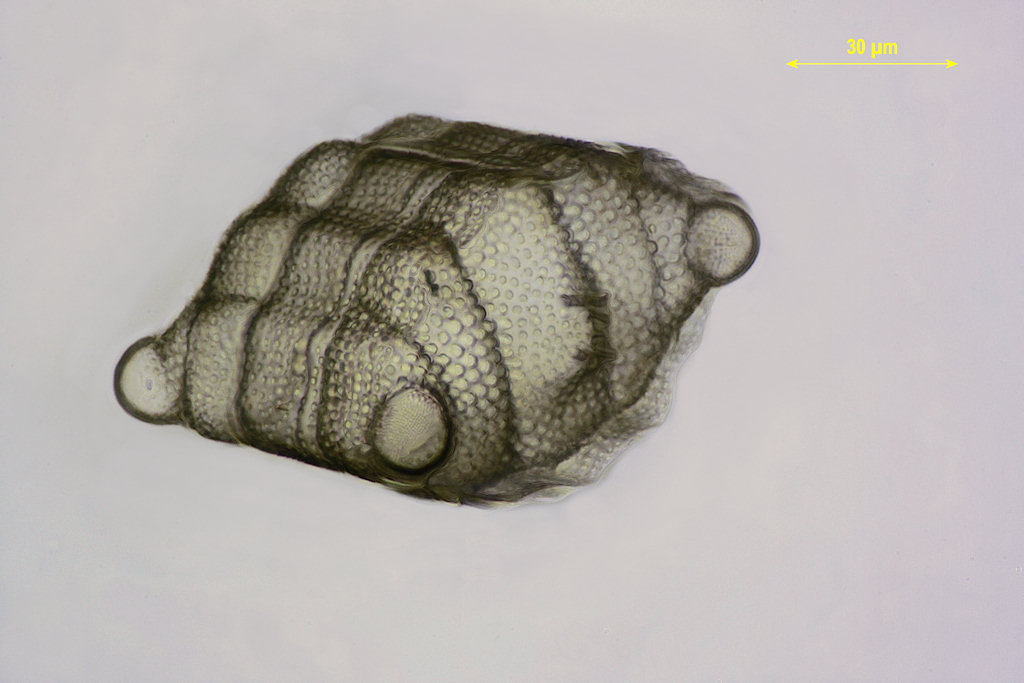 This final image is a brightfield image of the same specimen using a Zeiss 63/0.8 objective. Helicon Focus, Method B - nothing else would work! Even then, I had to edit out the haloes.
Graham

Hi,
i can't help you for species but these are fntastic shots

Beautiful shots Graham, the Biddulphia is truly spectacular. The other one is familar. I've got a slide of it and attempted to photograph it, with much less success than yours, but I can't I'm afraid I can't put a name to it.
Leitz Ortholux 1, Zeiss standard, Nikon Diaphot inverted, Canon photographic gear
Top

These are fascinating subjects.

Graham graciously shared his stack with me, when I asked if I could get a copy for testing purposes. Indeed, HF is fairly easy to use on this stack -- just increase the Radius to its maximum value of 20. Doing the same thing in ZS gives about the same result but takes one more step, and the output is more affected by dust.

On the other hand, ZS has some tricks of its own.

Here is a PMax synthetic stereo (crossed-eye), with the background cleaned up and a few dust streaks removed. This structure is probably old hat to folks who study diatoms, but since I've never seen this diatom before, I was surprised to see the exquisitely thin lip around the end of the beast, as well as those four little projections in the center of the end.

Helicon's 3D rendering is not so helpful in this case. Its fitted-surface approach smears out the exquisitely thin lip into a robust bulwark, and the four central projections turn into a pair of hills. 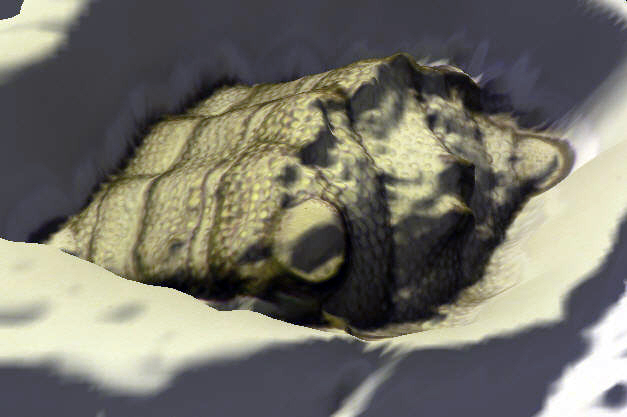 Color differences are entirely due to post-processing, by the way. The originals were yellow due to illumination color. For the ZS pair, I just converted the whole image to grayscale. For the HF output I also tried Photoshop's auto-color adjustment. I liked the visual appearance of the residual color so I'm showing that version.

I have some questions that perhaps one of our diatom experts can answer.

Looking closely at these images, and stepping through the original stack, I am struck by what seems to be a clear asymmetry in the structure of the diatom. On the end facing us, there is clearly a very thin and rather high lip all around the edge. It looks rather like a chain-link fence. But I cannot find a trace of any such thing on the other end, even though the stack seems more than deep enough that one should appear if it were there.

Hence the questions... In general, what's going on? Am I interpreting the images correctly? If so, how does the lip form? I know that diatoms generally reproduce in an asymmetric manner, with a new half-shell forming inside the existing half-shell. Is the lip somehow left over from the reproductive process, or are we seeing it part way through reproduction, or is it not related to reproduction in the first place?

Many thanks for any insights you can give. This one has me baffled!

These are great. Really like the way the Biddulphia sp came out!
http://www.krebsmicro.com
Top
Post Reply Previous topicNext topic
6 posts • Page 1 of 1