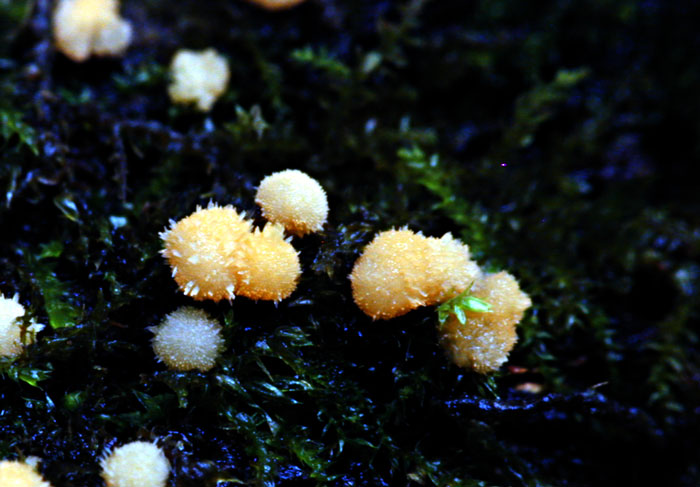 Still not certain as to the nature of these. Definitely at the fructifiation stage. 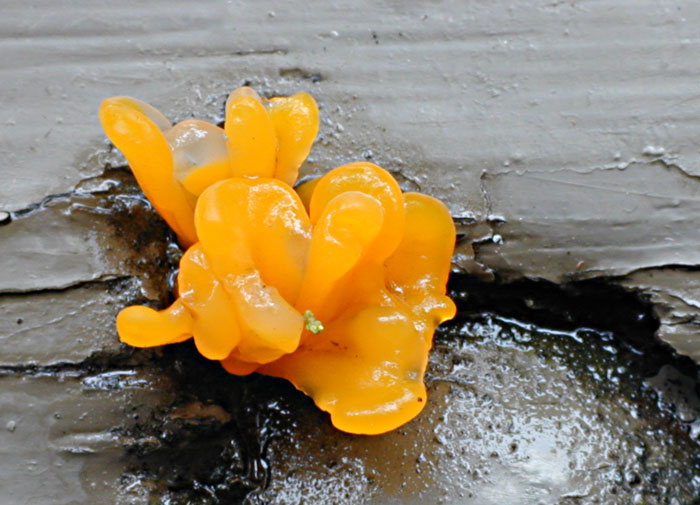 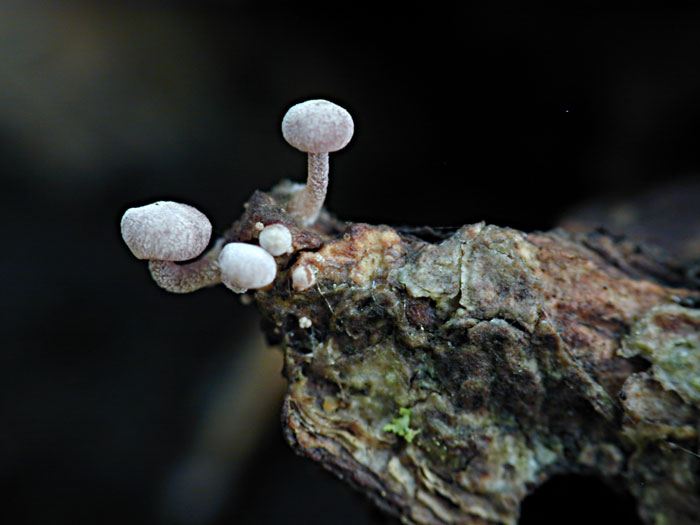 Possible sporangia of the Genus Didymium or extremely small mushrooms?

My apologies for hitting you people with so many uncertainties but maybe some experts will way in. The orange subject by the way was found on a painted picnic table at the head of a galvanized carriage bolt. Most unusual indeed.

Thats what science is all about.....Questionable subjects Whatever thay are, there pretty cool looking IMO
Take Nothing but Pictures--Leave Nothing but Footprints.
Doug Breda
Top

Check out, in Stephensons book, the page that deals with the association that myxo's seem to have with bryophytes. It seems there is one species there that is or seems to be consistant or likes to associate with bryophytes.

The second photograph resembles a "jelly fungi." Pardon me while I whip out my Smithsonian Handbook of Mushrooms...nope, no such luck. Could have sworn I saw them in there

Probably on another site or in another book. No telling with me. Anyway I would bet on some sort of jelly fungi but then you never know.

As for that third set of beauties, I have no idea.

Thanks guys. Your probably right about the orange goo.