At https://www.photomacrography.net/forum/ ... 27&t=42792, I reported on some interesting bump-and-spine structures on the elytra of one species of darkling beetle, Philolithus densicollis.

Here, I'll show you analogous structures from a different species, Eleodes novoverruculus (or E. novoverrucula, depending on reference).

The background story is that this species is active on warm days even during winter. I found this one crossing a walking path near the Columbia River a couple of weeks ago, on or about Feb 4.

Working from large scale to small...

This is setup for the whole-body shot. Clearly the weather has gotten a lot worse since I found the specimen -- note the snow and icicles. 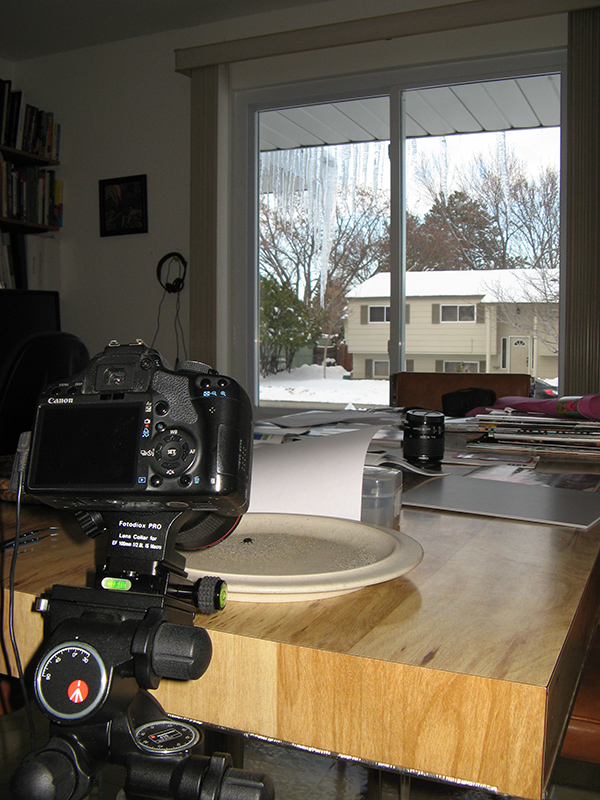 To be clear, this is a dead specimen, posture held with pins until it dried, then moved to this sand to be photographed in a more-or-less natural appearance. 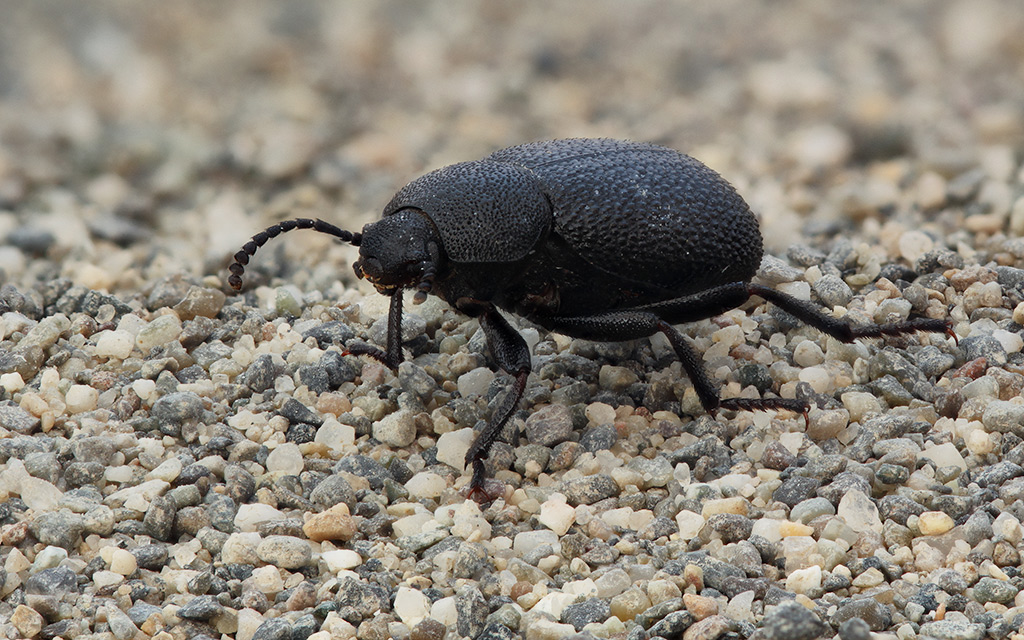 Cropping tightly to the rear of the elytra, we can see some spines. 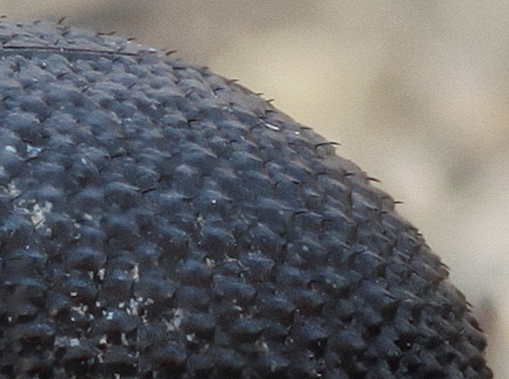 Then under much higher magnification, we can see details of the bump-and-spine structure. 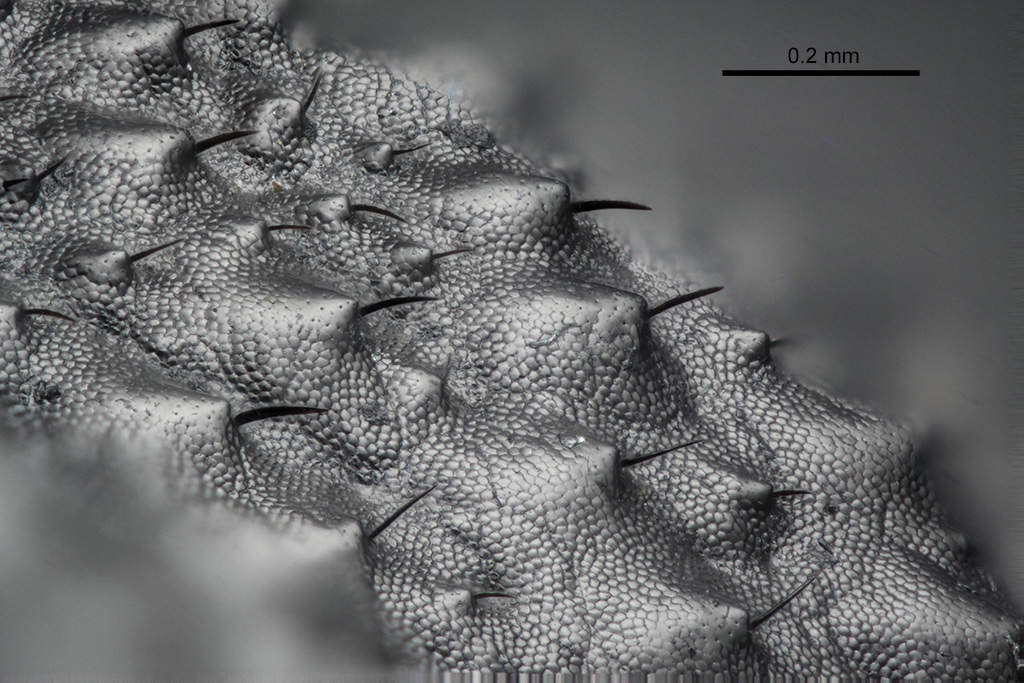 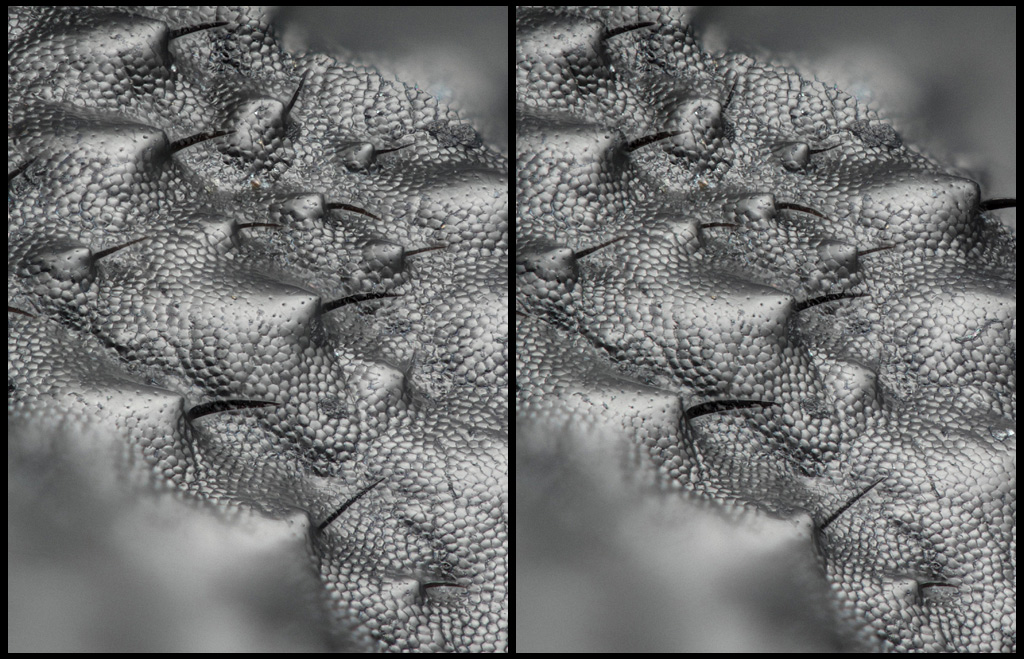 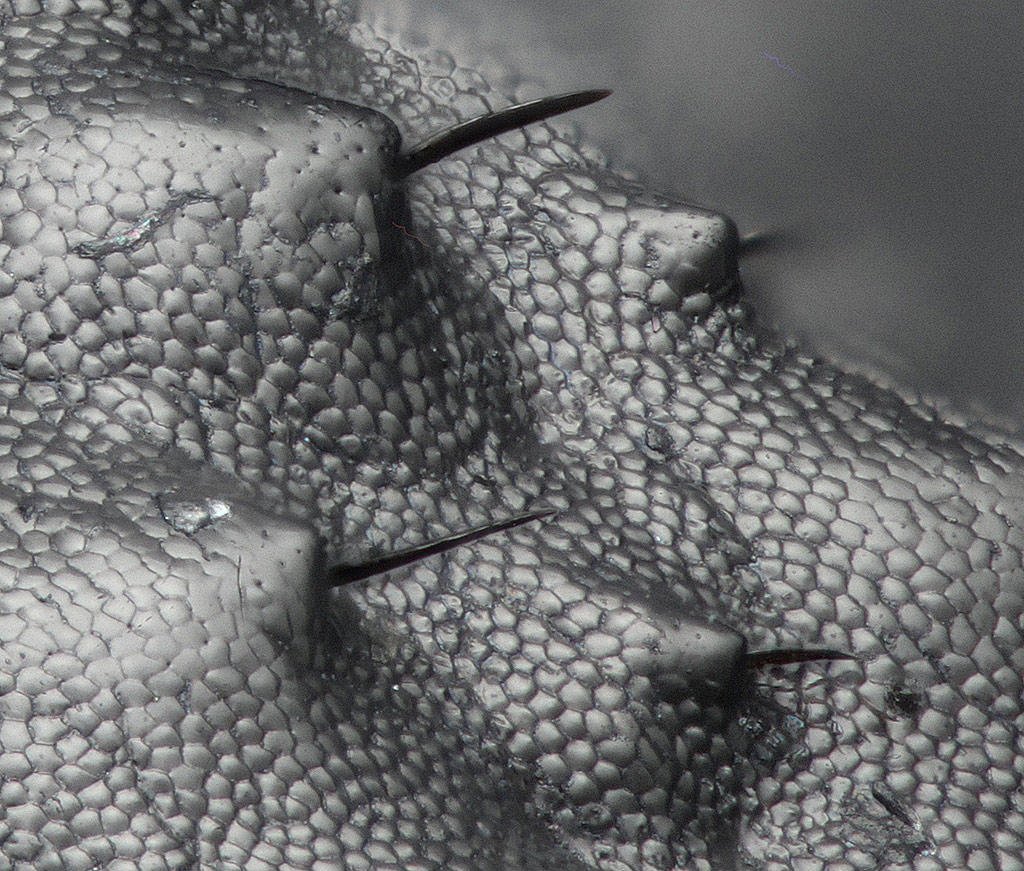 To me this is an interesting comparison with the much more peg-like bumps found on the other species.

The overview stack is with Canon EF macro 100mm f/2.8L IS USM macro lens, 28 frames focus-stepped by manual tweaking of the focus ring.

I shot and processed the stack initially on an Apple Mac mini with M1 chip, with Zerene Stacker mostly running in native mode (native JRE, but with Rosetta emulation for the StackShot helper inside Zerene Stacker and Canon EOS Utility running beside it). I saved the project on Mac, moved the project folder to Windows, and finished processing there. I was pleased to see that all worked well. Apple did a nice job with the M1.

Great follow-up of an interesting post. The stereo and last shot are most striking; the difficult work-flow really paid off on this one.

Thanks for the feedback!

Leonard, the workflow on this one was more routine than it probably sounded. The only oddness was splitting the work across two very different kinds of computer systems -- different operating systems and different architecture cpus. I did that mostly for software assurance, just to make sure that the split really did work as I intended it to. The split worked fine, and did not affect the final result.