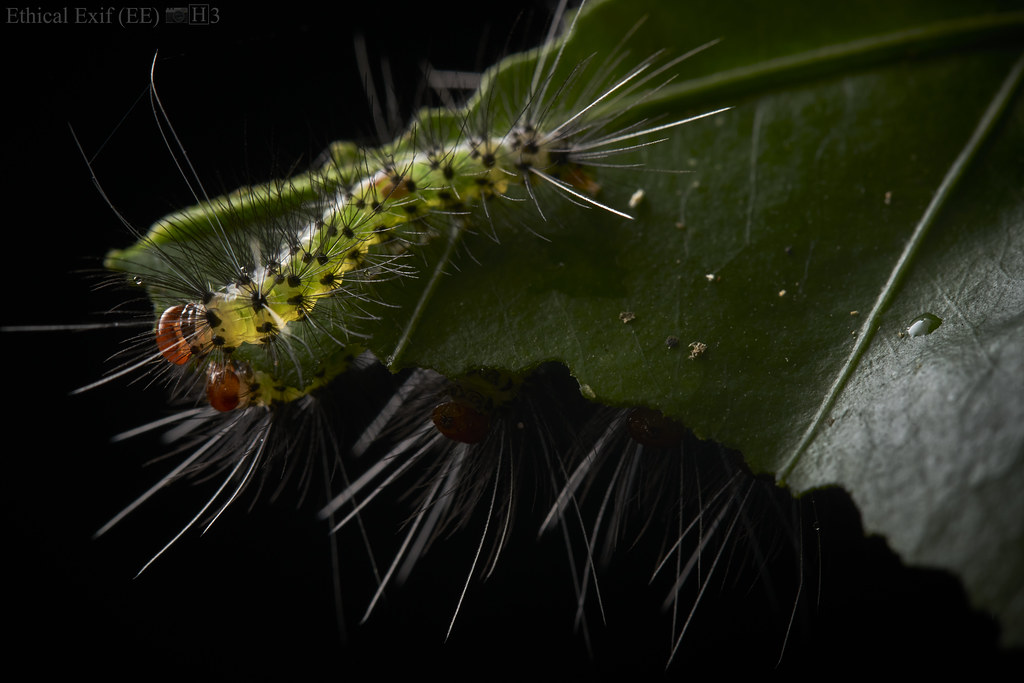 A cone-headed katydid peers over a leaf, perhaps drawn by the acoustic signature of the caterpillars' feeding: 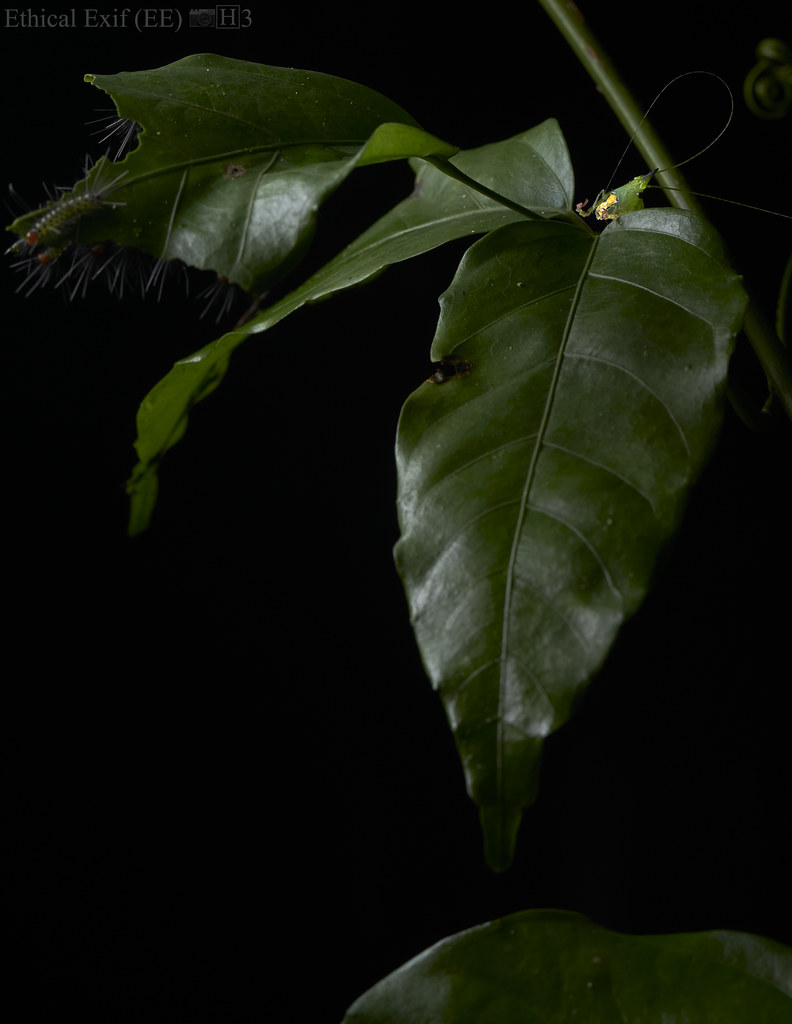 Whilst the other caterpillars remain occupied and otherwise oblivious, the cone-headed katydid quietly captures the closest caterpillar: 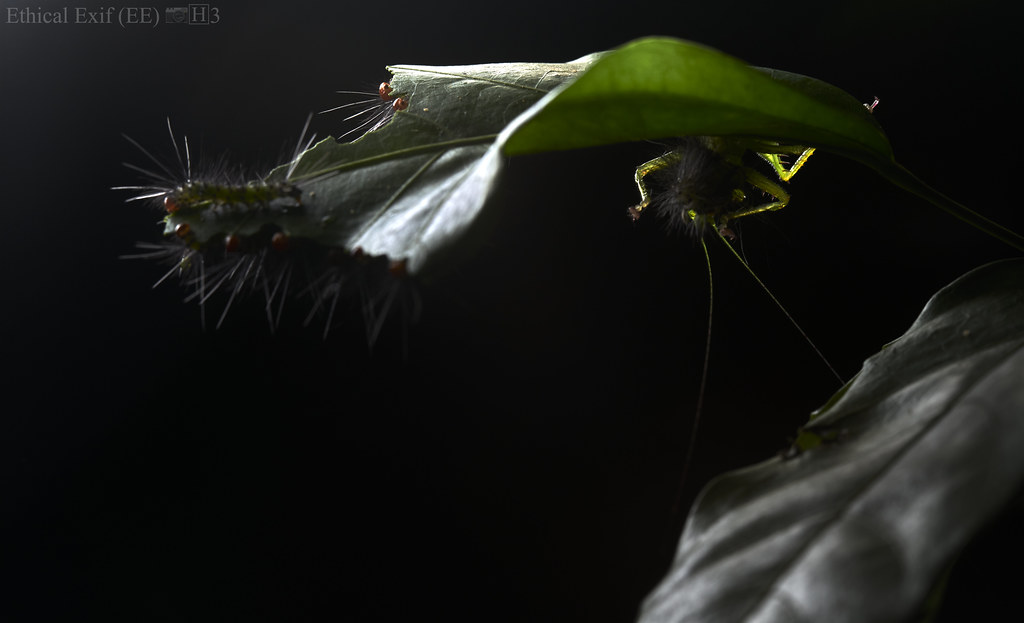 Mating stick insects camouflaged amongst the fallen sticks which often become captured in tangled masses before they reach the forest floor: 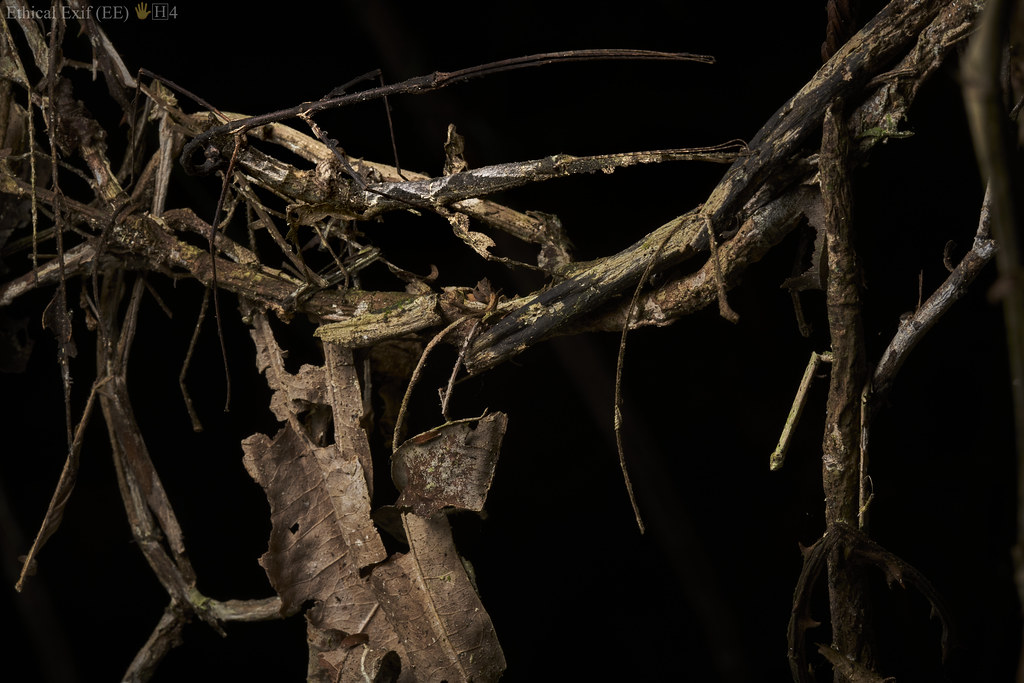 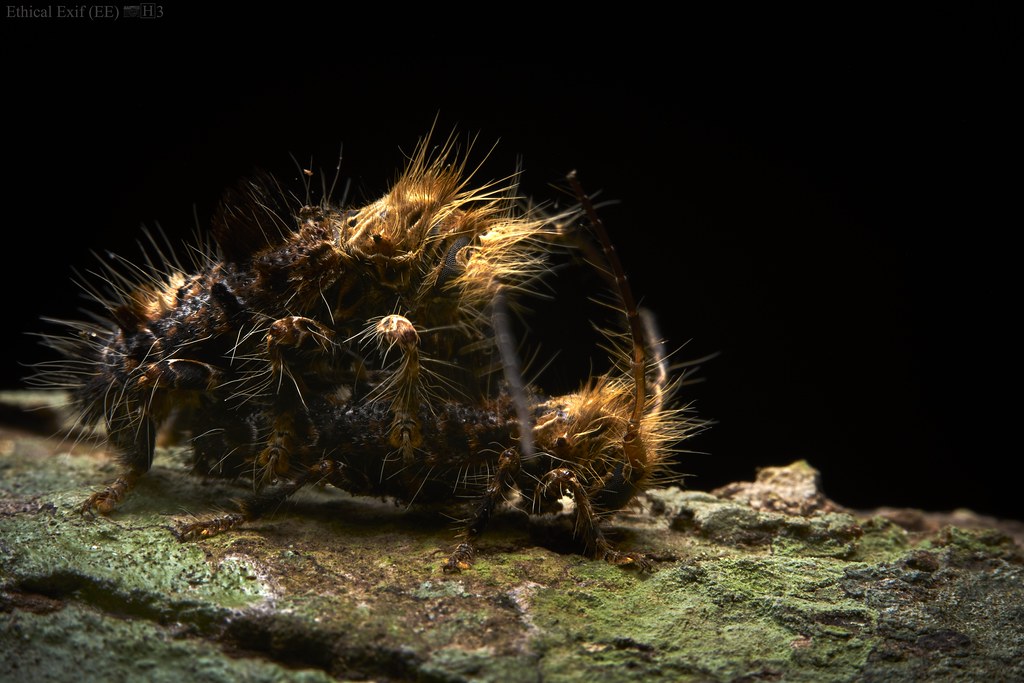 A stinkhorn fungus (Phallus sp.) is an ephemeral part of the understory landscape, its beauty a stark contrast to its odour, which attracts a variety of flesh flies: 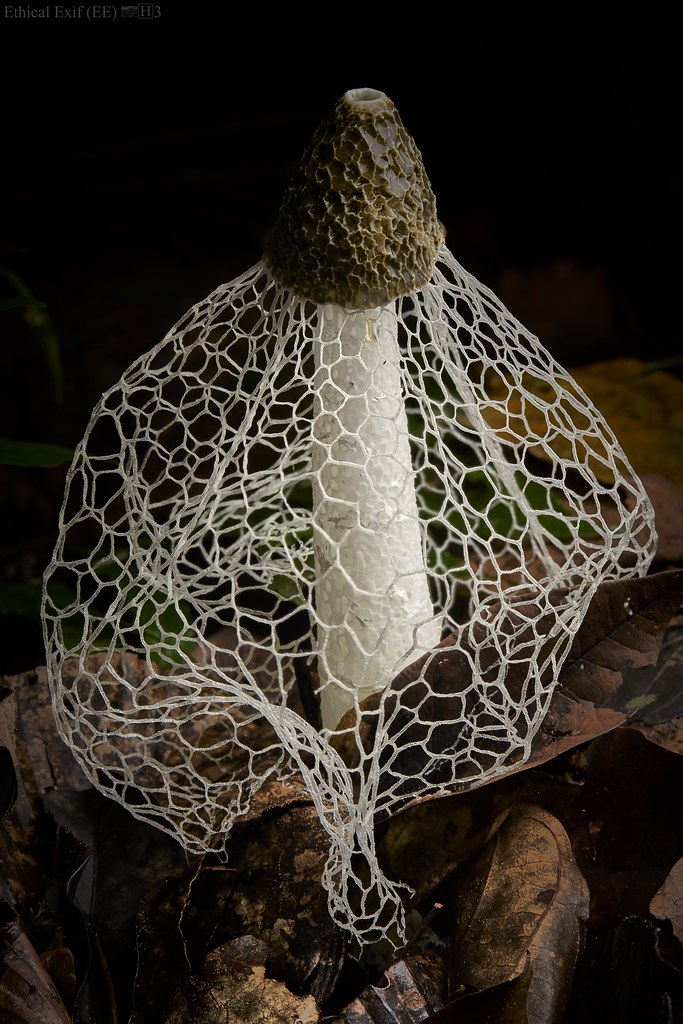 A beautiful canopy mosquito (Sabethes cyaneus) shows off resplendent iridescence as it floats above the forest floor inviting courtship from surrounding males. The paddles on the legs remain something of a mystery though they are supposedly integral to their courtship displays: 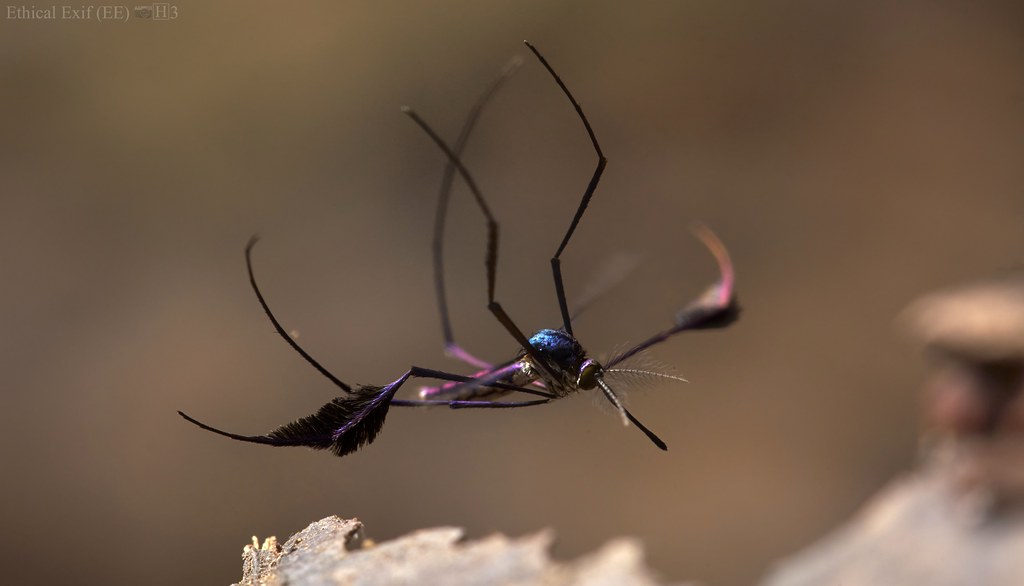 On location in Manu national park: 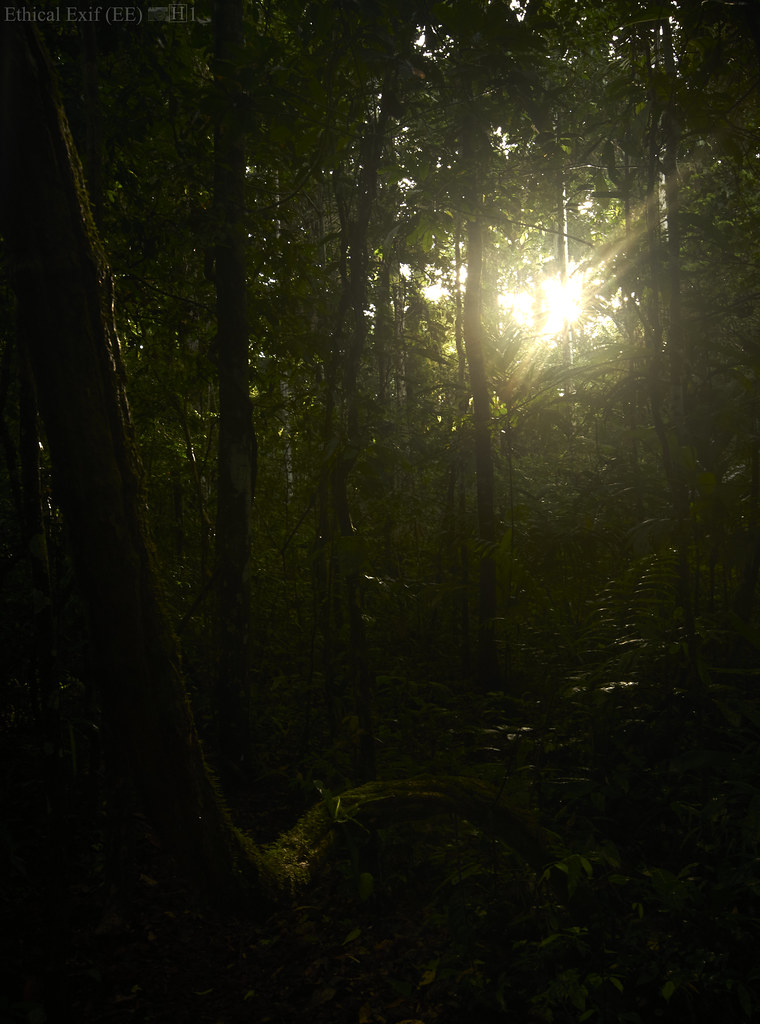 When I visited Taiwan I was served a soup made of those stinkhorn fungi!!!
Lou Jost
www.ecomingafoundation.wordpress.com
www.loujost.com
Top

Yes. Always beautiful. I was just thinking with the first cone head katydid pix... "it's stalking caterpillars!" And yes, it was.
Mark Sturtevant
Dept. of Still Waters
Top