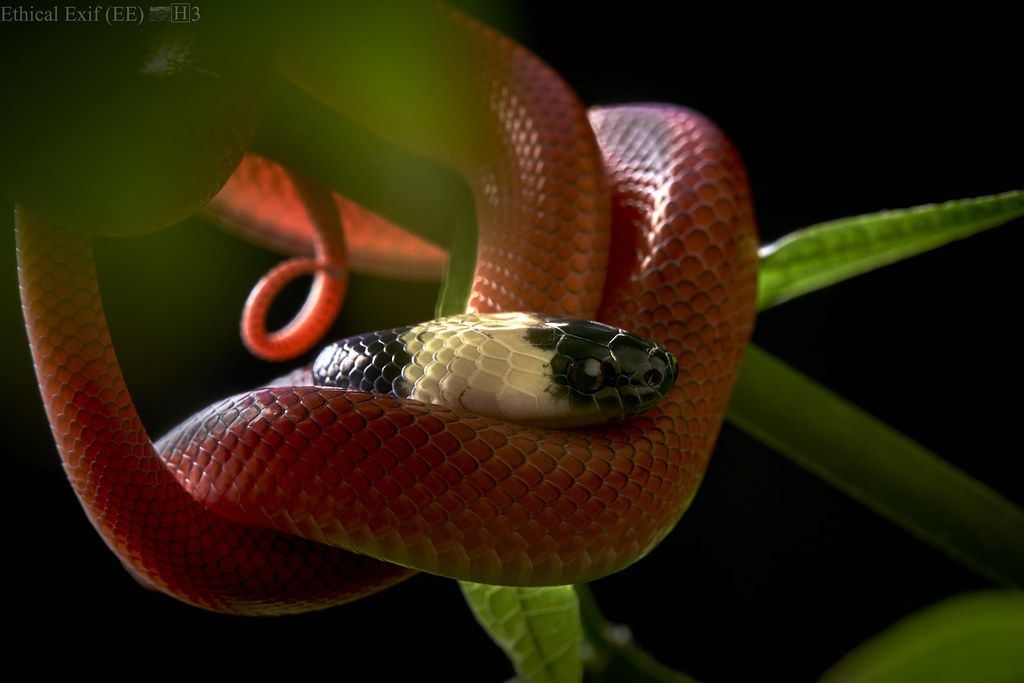 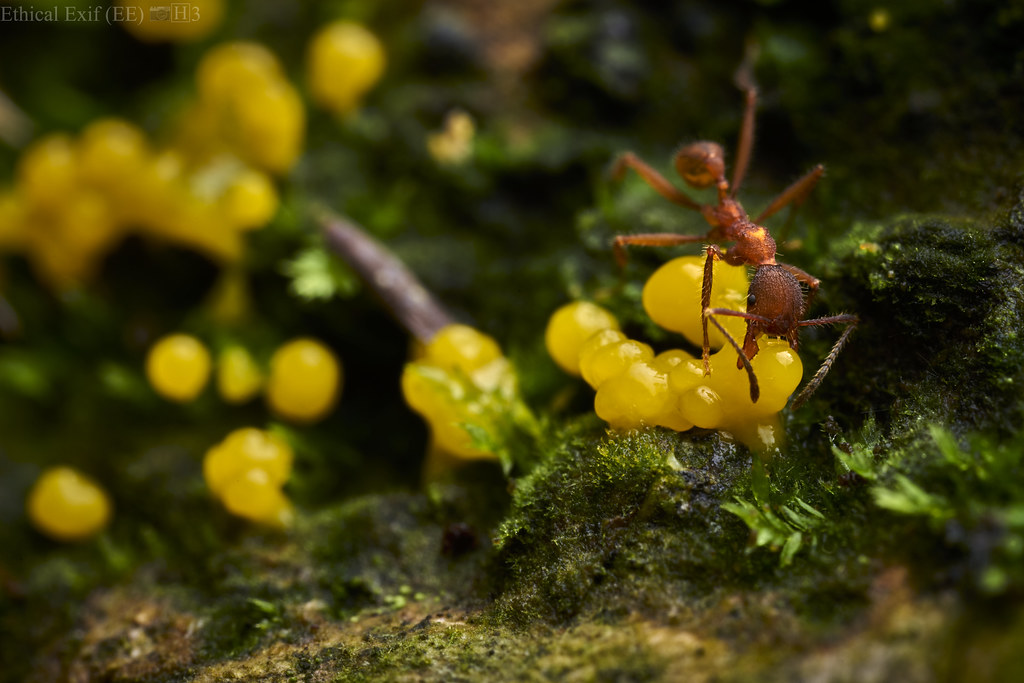 Though Cordyceps spp. are perhaps the most well known species of entomopathogenic fungus ie. Insect killing fungi; much to the misfortune of insects, many others spp. exist, like this Akanthomyces sp.: 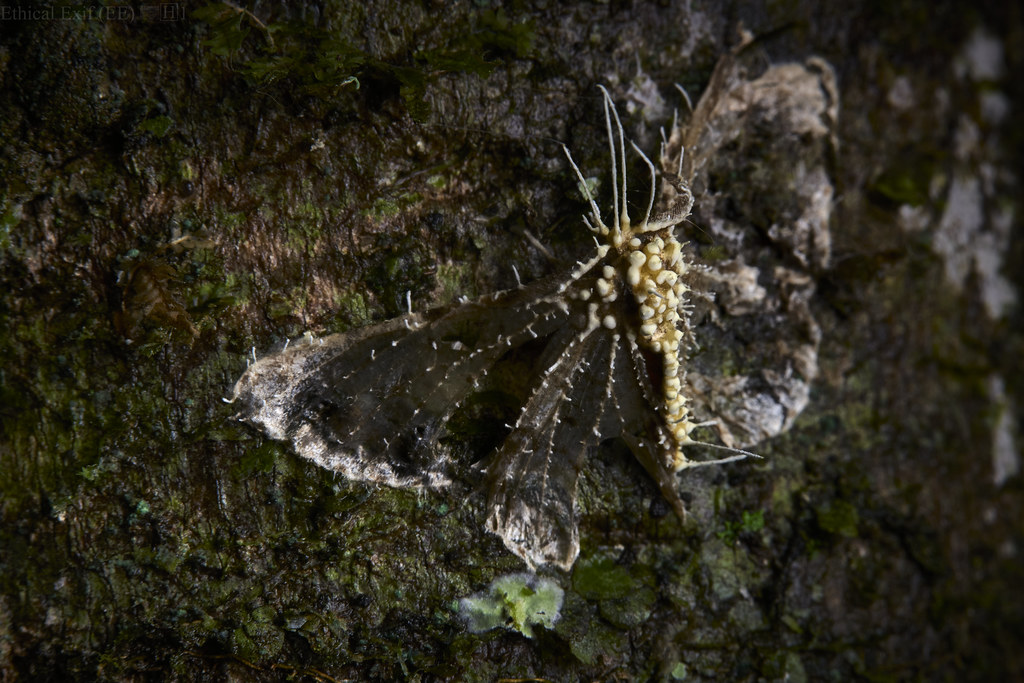 A fishing spider (Trechaleidae) with has just had its young hatch from an egg case which remains attached to its abdomen via a silken tether: 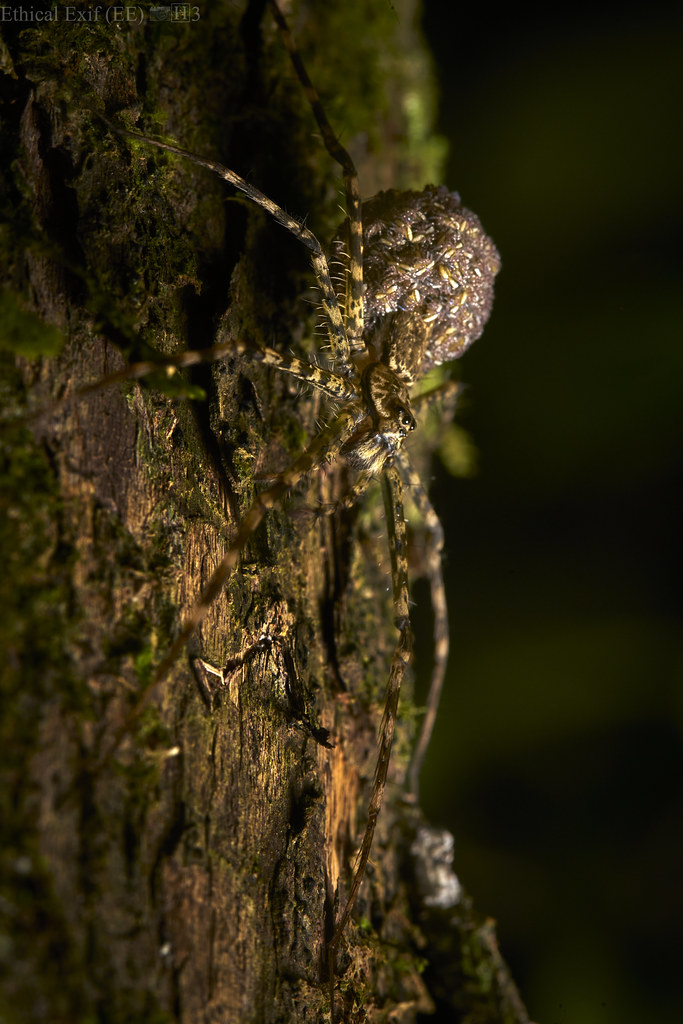 Net-winged beetles (Lycidae) are known for their distastefulness and as such present an excellent model for mimicry. Their mass emergence is a strategy to quickly perpetuate a 'signal of unpalatability' to predators and potentially to reduce predation during their more vulnerable pupal stage: 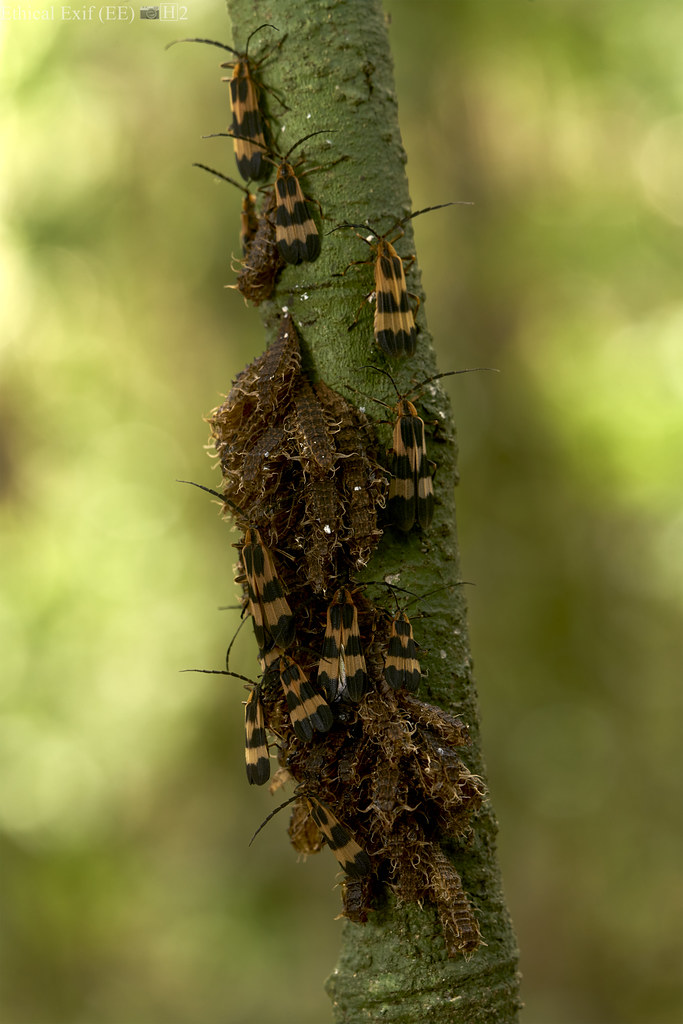 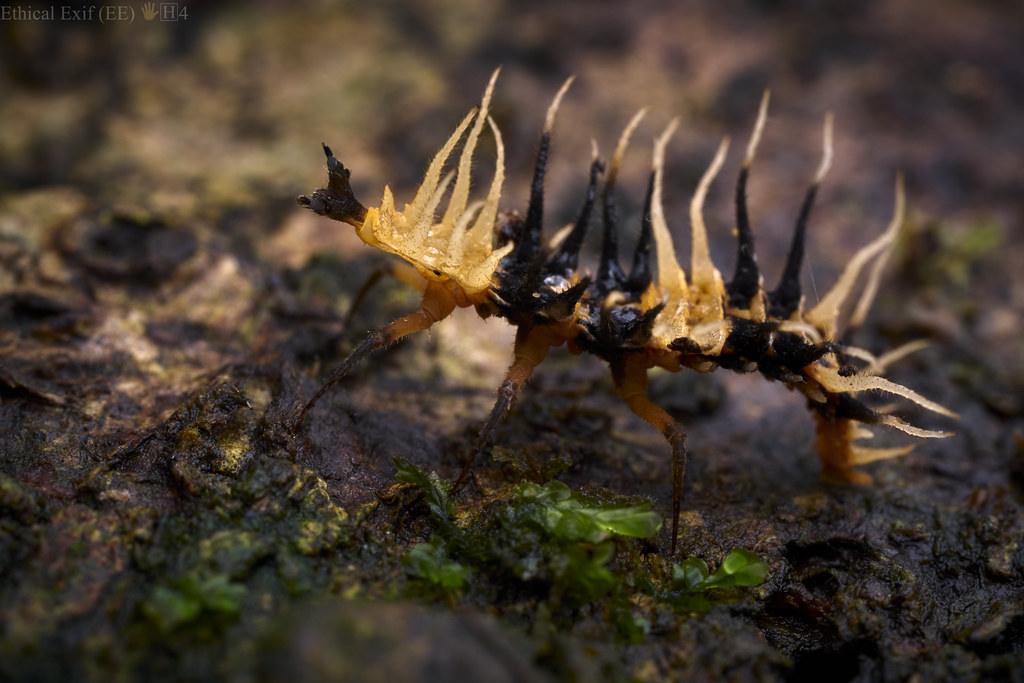 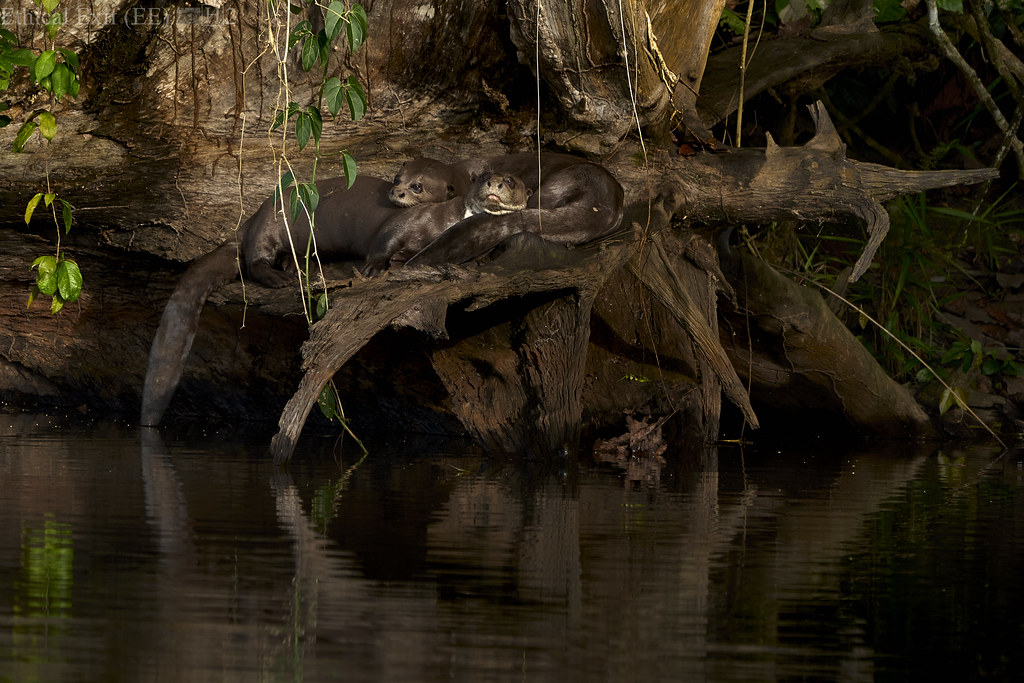 The squirrel monkey (Saimiri sp.) is widespread through Central and South American tropics. They often join mixed species foraging groups as a strategy against predation. 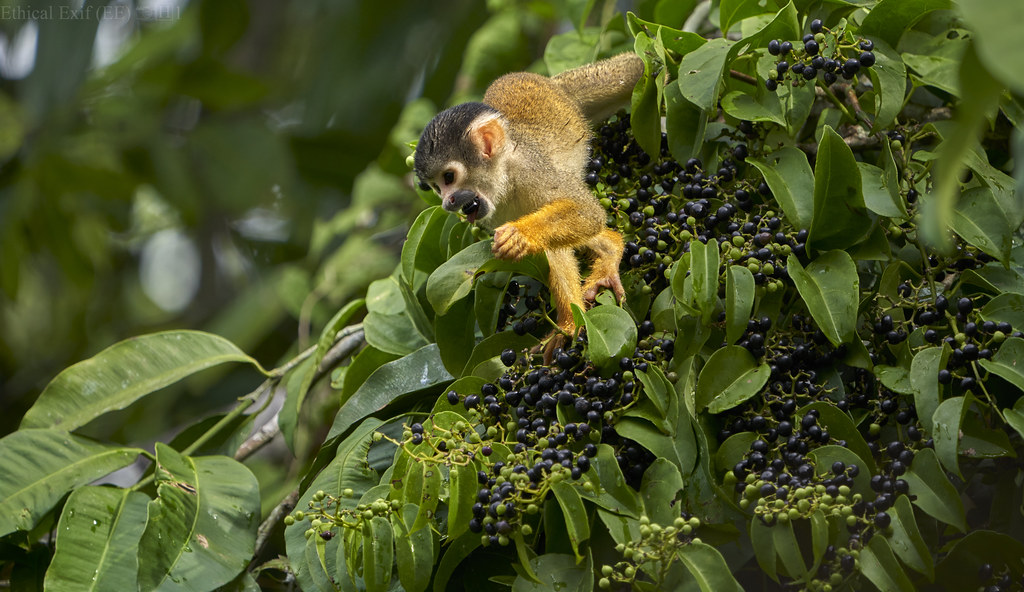 Often heard but not seen, the Screaming Piha (Lipaugus vociferans), a relatively large bird, seems to almost melt into the rainforest, despite its ubiquitous call heard throughout much of the Amazon: 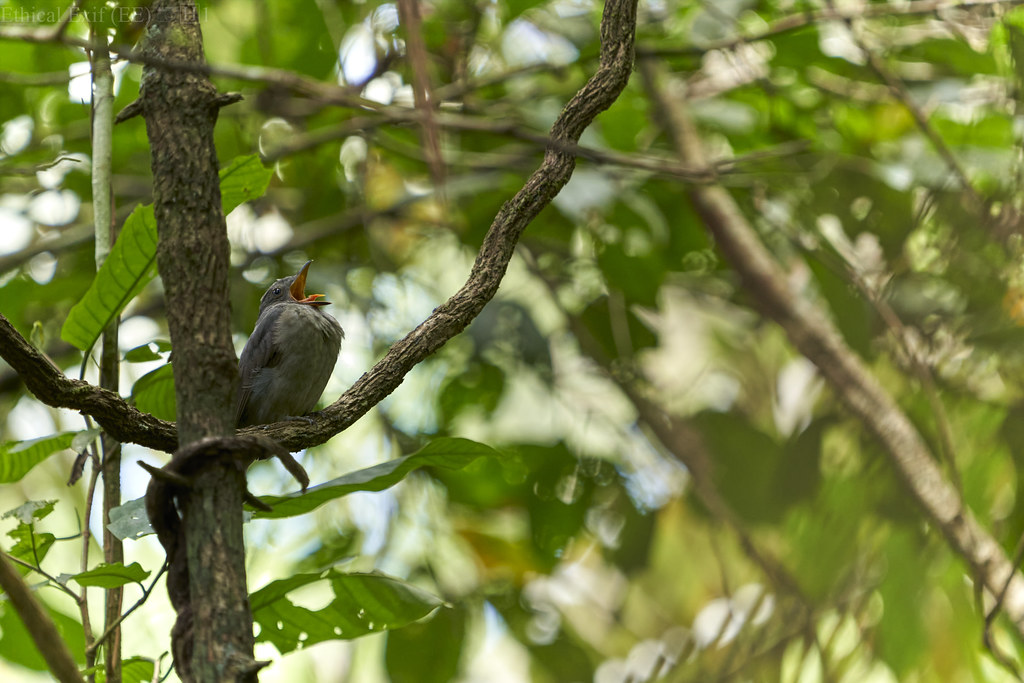 Amazing -- you create the most wonderful photos of fascinating subjects!

One minor issue: for future postings in this forum, please consider starting the thread with the macro/closeup subjects. The larger subjects add to the overall "picture" of your environment, but I don't want people getting the idea that this is a general wildlife forum.

Thanks Rik and Troels.

Of course Rik, I like the balance that they provide, especially for people for whom the tropics are inaccessible, but I'm happy to confine the sets to macro only as well, as that is what the forum is all about.
Paul
https://rainforests.smugmug.com/
http://www.flickr.com/photos/31137609@N08/
http://pbertner.wordpress.com/
Top

I found the set enchanting as usual. I hadn't actually noticed that some weren't macro - they go to set the scene very well.
Perhaps they could be included using url tags rather than img, if it becomes an issue.
Chris R
Top

ChrisR wrote:I found the set enchanting as usual. I hadn't actually noticed that some weren't macro - they go to set the scene very well.
Perhaps they could be included using url tags rather than img, if it becomes an issue.

I see that Paul has edited the posting so as to reorder the images, putting the macros first. That resolves my concern. Thanks, Paul!

Thanks Chris and Rik. I'll try to integrate any non-macros more into the narrative arc and limit them to 2 per set, and keep them for the final images.
Paul
https://rainforests.smugmug.com/
http://www.flickr.com/photos/31137609@N08/
http://pbertner.wordpress.com/
Top
Post Reply
7 posts • Page 1 of 1