Yesterday I decided to rehab an old Soligor bellows that was severely worn and worthless because of light leaks. Inserting a tube made up of black flocked paper (I believe from Edmund; I have some Protostar ordered) which extended all the way from the back of my reversed Rayox 150 through the bellows to the camera mount seemed a reasonable thing to try.

Making the mistake of allowing two variables, I also used a new diffusion setup, placing the small seed inside a translucent 35 mm film container and lighting with LEDs (two Janso, one Tron). The result was terrible flare, a trash image.

Influenced by some really nice work that Saul did with a setup that, as I understand it, included an iris diaphragm between his objective and transfer lens but personally lacking a diaphragm, I made one out of the flocked paper and cut an approximately 20mm central hole (in retrospect, probably too large) hole centrally, mounting it on the Rayox. No joy there; if anything it looked worse.

Moving back to more conventional diffusion (plastic dental cups for the third shot and a sectioned ping pong ball for fourth, specimen on black surface) produced better images; some vignetting with my Nikon 810 sensor, but back in the ball park. My diy aperture was still in, probably not doing anything.

So, to the question: ChrisR has mentioned using an adjustable aperture, but placing it on the "subject side" of the aperture. Is there a reason to have an aperture between the objective and the transfer lens, and if so, how would it be set so as to not increase diffraction? If not, would there be theoretical benefit to a small flocked paper aperture, perhaps incorporated into my diy flocked paper "lens shade" which I used on all these trials?

The two images are submitted without any(needed) adjustment. 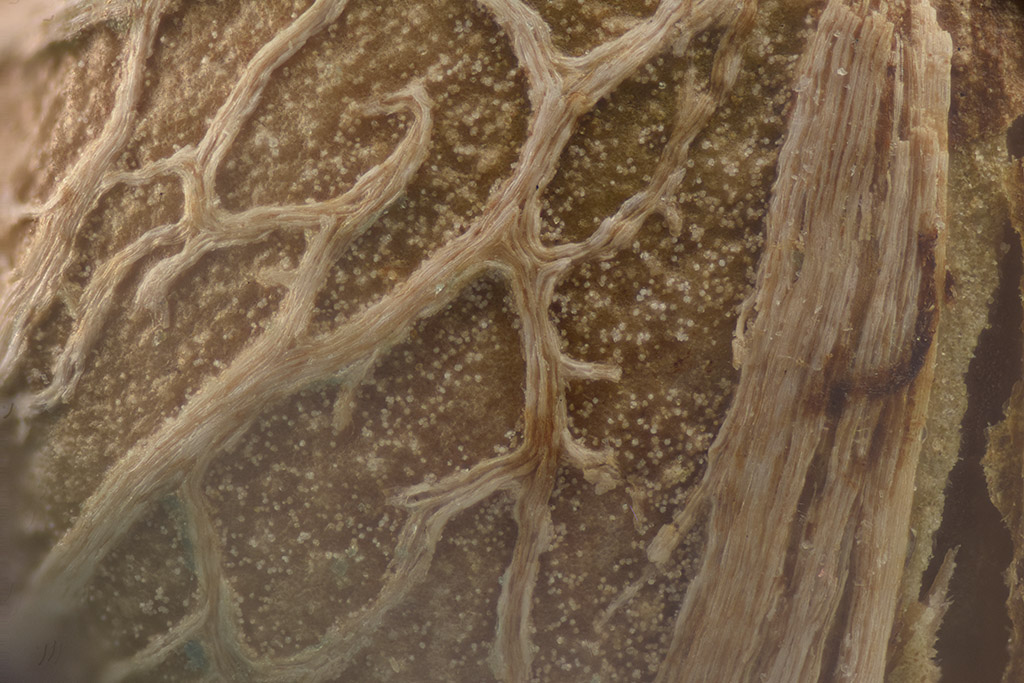 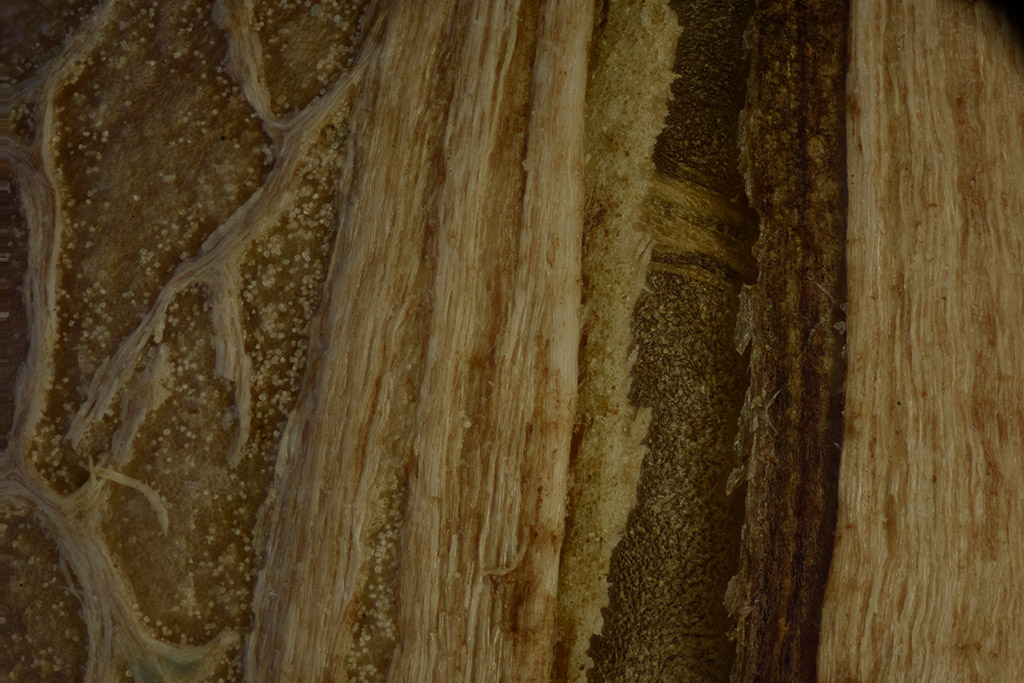 An iris behind the objective will cause diffraction (reduce resolution) when closed down. You get greater DoF in return. That's all I've ever used it for. It may improve some other aspects (perhaps contrast) but I know little about that.
Top

ChrisR has mentioned using an adjustable aperture, but placing it on the "subject side" of the aperture. Is there a reason to have an aperture between the objective and the transfer lens, and if so, how would it be set so as to not increase diffraction?

Sorry Leonard, you asked before, but it was 3am when I saw the question..

It increases diffraction. If you put the iris as near as possible to the objective, it mostly reduces the aperture (also shifts focus, changes perspective, mutter mutter...).
The primary use of the thing is to soften the transition between sharp focus and utter blur. If the rearmost picture in the stack is about 3 stops smaller, (and exp 8x of course) then you can gain some recognisable image in the background. You can't just include the image in the stack, you have to select the "further" half of what it images, otherwise it'll cause double-imaging in your output file.

Rik has an example posted, but I can't find it. He will!

Sometimes, a smaller aperture will give you a better image than a large. Out-of-focus blur can be so masking, particularly with hairy or deep dark details, that it stops you seeing the parts which are in focus.
Light + Light from those wide overlapping image-forming cones, gives white. Dark details get no chance. A narrow cone from a small aperture can probe depths.

I'm sure it would often be useful to run stacks at more than one aperture, at the same time. I looked for an electrically controlled iris, as must exist in CCTV lenses, but - stopped.
Chris R
Top

leonardturner wrote:Is there a reason to have an aperture between the objective and the transfer lens

ChrisR wrote:Rik has an example posted, but I can't find it.

Many thanks, Beatsy, ChrisR, and Rik! Most helpful; I think I've got it now.
Top
Post Reply Previous topicNext topic
5 posts • Page 1 of 1