This is the last of the vacuum tubes. It is a GE tube, but unfortunately, the model number is unreadable. 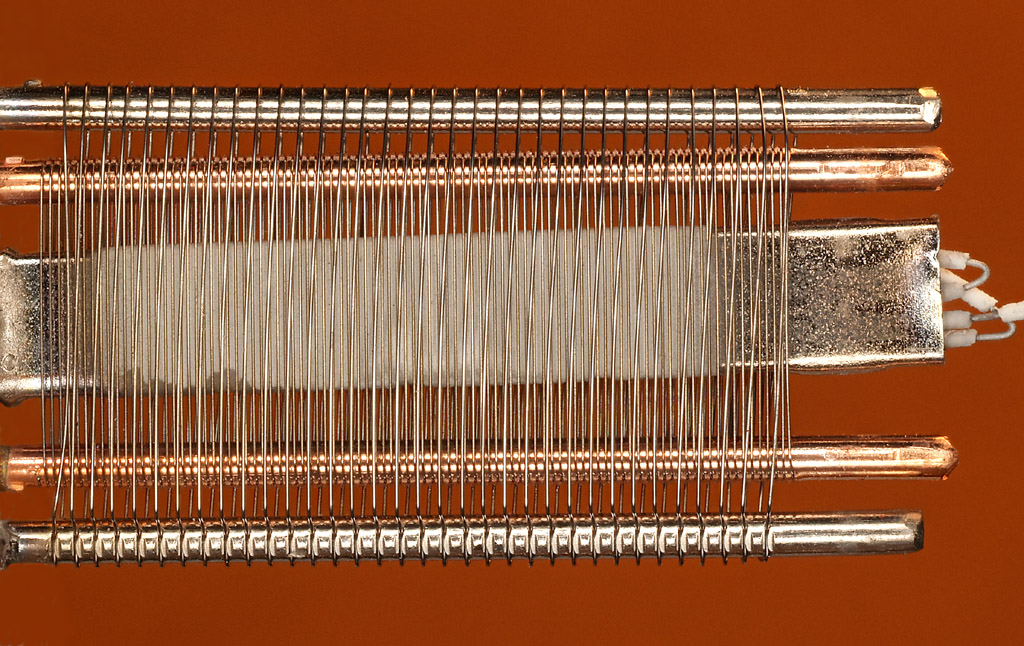 I notice here some white coating on the filament that does indeed appear to be ceramic insulation.

The reason for that is hinted at by a different section of the same article I referenced earlier, at https://en.wikipedia.org/wiki/Hot_cathode:

This tube clearly has an indirectly heated cathode, so the purpose of this white stuff is to prevent shorts of the filament (heater) to the cathode.

By the way, I notice in this picture that there appears to be a second area of light gray coating, on the cathode, covering most of the central area behind the grids. My guess is that this is the sort of coating discussed in my earlier post, whose job was to increase electron emission due to electrical properties of the surface.

The coating that I had referred to earlier was a heavy white coating on filaments inside grids similar to the filament in the Cunningham vacuum tube which was not coated. In other words, the vee shaped filaments were inside the grids and were coated with whatever this material is (ceramic or thorium?).
I can't say. I'm not reverse engineering these things, I'm only interested in them pictorially. However, some I know put forward the question of how these vacuum tubes were able to survive in bombers in World War II, especially since the overall vibration of the aircraft (let alone flak) would have caused the filaments to vibrate.