Lou Jost wrote:This particular beetle uses the wet approach and I can see the lipid droplets on the hairs:
http://www.pnas.org/content/97/12/6568.full

I confess that I find the article less than fully convincing about how the beetle works when undisturbed. It seems clear that the beetle uses oil for added adhesion when disturbed, and that it reshapes its tarsus so as to use less oil after the disturbance goes away. But on quick scan, what I do not see is any test of completely undisturbed beetles that would never have had cause to deploy oil in the first place. It might be illuminating to see what the tarsi look like on a freshly emerged beetle that had never been attacked.

I wonder what one would see looking through a coverslip, on which a beetle was standing.

Rik and Chris, actually I had already done that. I had been watching the amazing larvae (there were two) eat the leaves of a tree in my yard. These larvae are more interesting than the adult! They use an "anal turret" to construct a "statue" of an insect or spider out of feces, and they carry this on their back (mixed with old shed skins). The technical name for this construction is a "fecal shield", but this species is unusual in that it really makes a statue, not a shield. Maybe the beetle is new to science. Lots of stuff around here is new.

Eventually they made pupae (not sure this is the right word, because this looked like incomplete metamorphosis). I lost track of one of them when its leaf fell off the tree. But I collected the other larva and waited until it hatched. I then let the beetle walk around and photographed it on leaves. Then I made a container for it with a photographic filter as a cover, and as I expected, the beetle liked to sit on the underside of the filter. I made many stacks. Unfortunately I did not use high magnification (I wasn't particularly interested in the feet at that point).

But even now, I would say that my beetle lived its short life free from any lifting attack. I always let it do whatever it wanted. So the feet are "virgin". I took some stacks at 20x (Mitu 10x on 400mm Nikon ED-IF telephoto) and will put the best ones up somewhere else eventually when I have time to retouch them. Meanwhile here is the beetle on the underside of the filter: 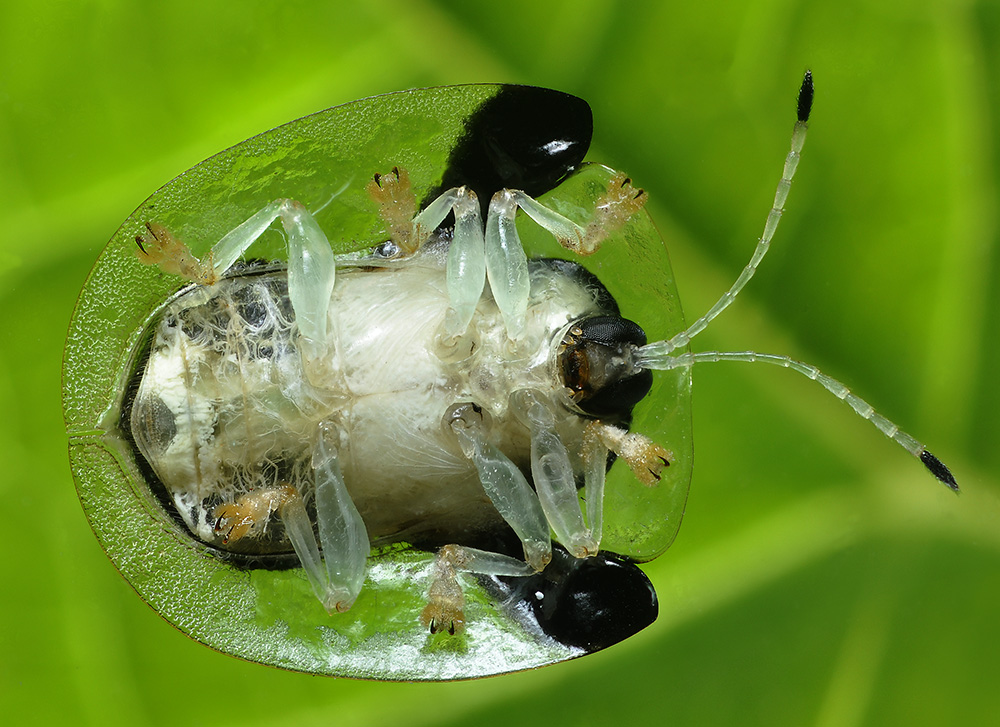 Here it is on the underside of a leaf. It is imitating a fly. It is interesting that the beetle uses the same deception strategy as a nymph and as an adult, carrying a fake bug on its back: 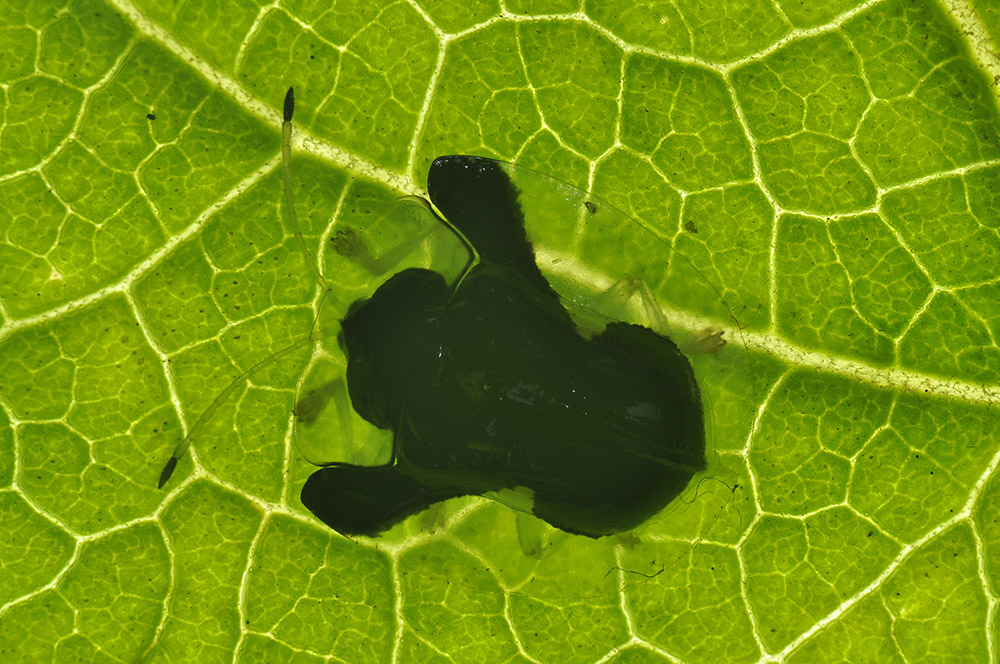 Here is a blown-up section of a photo of its foot. You can see the oil drops. This has been dead for a week: 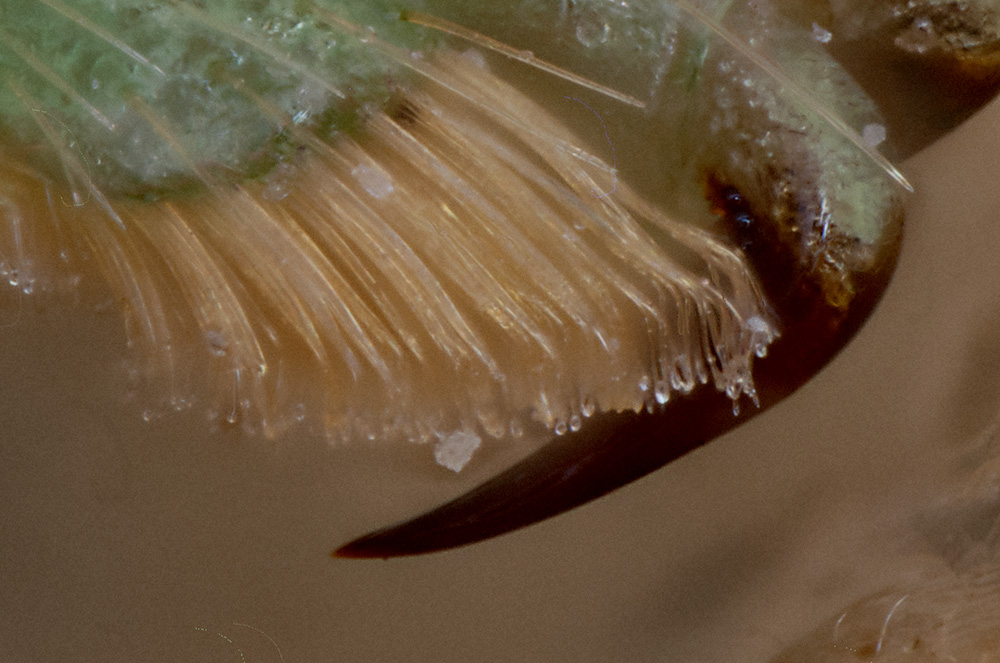 I think it controls its feet by using the claws as levers to lift up the foot, pulling the wet hairs free.
Lou Jost
www.ecomingafoundation.wordpress.com
www.loujost.com
Top
Post Reply Previous topicNext topic
48 posts