I use canon's DPP raw converter (still using the v3 series but v4 has DLO as well). Yesterday I came across a thread on dpreview that commented that canon says that using DLO can reduce diffraction in shots. This sounded a bit far fetched to me but I decided to try it out.
2 shots below a bee have been cropped to twice the linear pixel number of a 100% crop (not sure what that makes them in % terms). Both have been processed exactly the same in DPP and Photoshop using my normal processing flow except in one of them I applied the DLO for an MPE-65 lens. The shot was taken at 3:1 F9 on my FF canon 5dmk2 using flash at ISO400.

Can you see a difference ?
you can click on the first picture to get to the flickr version and then use the left arrow and right arrow to flick between the pics to make comparison easier (I know the crops aren't quite the same)

I do see quite a large difference and it seems to have increased the actual detail rather than just sharpening. Is it possible it has reduced diffraction softening? 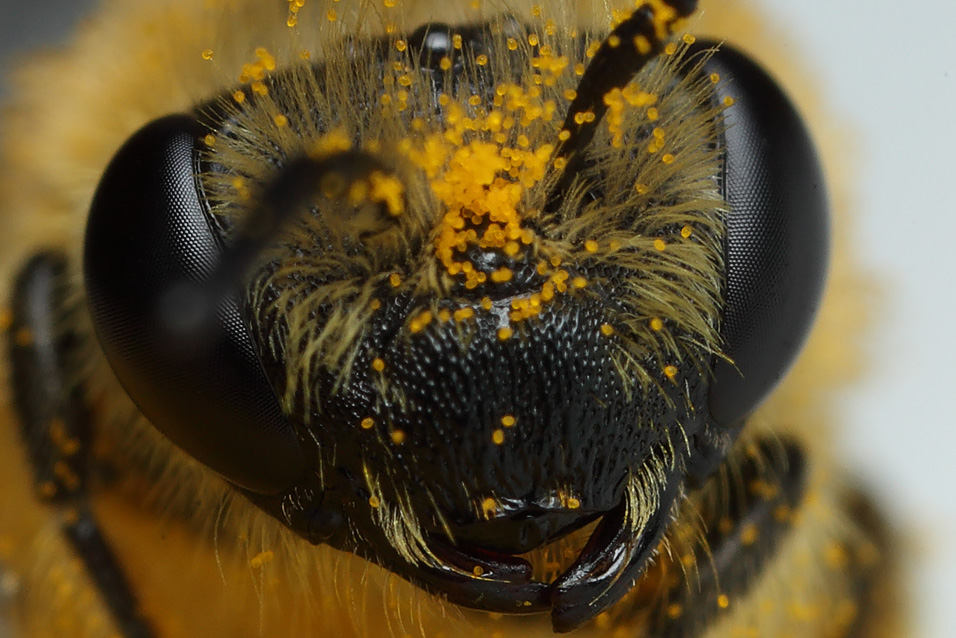 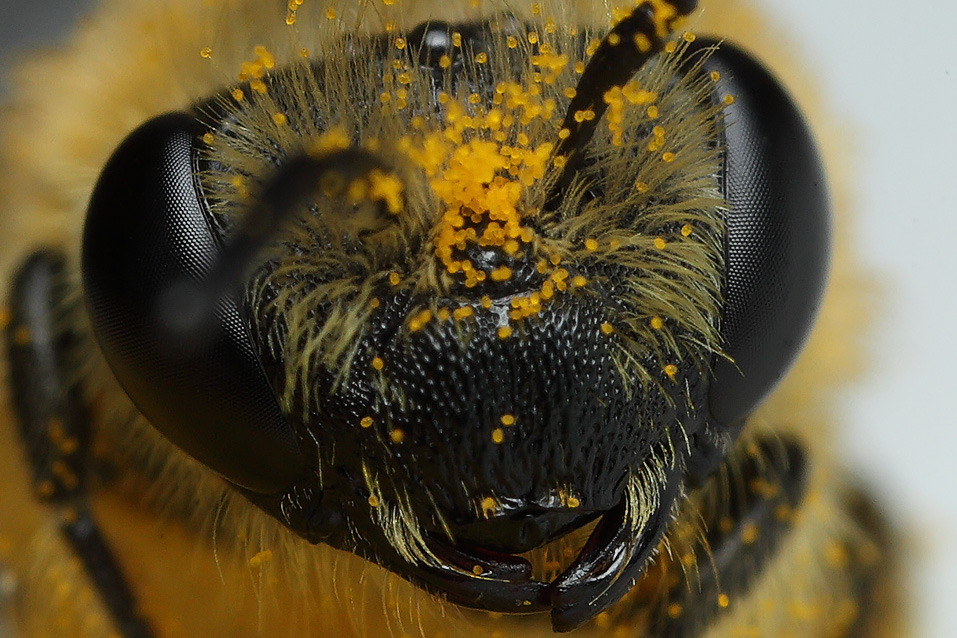 I have no access to the math that's used inside DPP. But I'm guessing that the following explanation applies...

A real lens won't be any better than the perfect diffraction curve, but it can come pretty close to that.

The question then is how to make it better.

And the answer is simple, kinda sorta: just apply a sharpening filter that pushes up the curve so that MTF=1 for all frequencies, up to some limit imposed by noise, then let it drop quickly off to zero at the same cutoff frequency that diffraction alone requires.

So, has it reduced diffraction softening? Absolutely! You will be able to see much finer detail than before the sharpening.

Has it changed the cutoff frequency? No way.

Has it done anything magical that you couldn't do with other sharpening methods? Not really, but it's a lot simpler to use a filter that addresses the problem directly, than to cobble together other filters like various sizes and strengths of USM to get approximately the same result.

As I linked to from THIS thread, canon has a page here http://web.canon.jp/imaging/dlo/effect/index03.html

Unfortunately it doesn't really tell us much of anything about what they are doing. It is my guess that it is just an USM though.
-Steven
Flickr Macro Rig Control Software
Top

TheLostVertex wrote:Unfortunately it doesn't really tell us much of anything about what they are doing. It is my guess that it is just an USM though.

It does a lot more, some kind of deconvolution:

The factors such as aberrations, diffraction, and low-pass filter influence differ for different lenses and cameras, and they also are dependent on shooting parameters. The Digital Lens Optimizer therefore uses inverse functions that are carefully optimized and based on precise data. This makes it possible to compensate even for complex and asymmetric aberrations such as coma.

My cheap EF-S 18-55 IS III becames a true excellent lens when I apply DLO and Distorsion options in RAW processing, I'm just doing it with my holidays tourist pictures.

Unfortunaltely my only Canon macro lens, the old EF 50 2.5 Compact Macro is not supported so I can't test its effect on macro images.
Pau
Top

Though, on the pages Pau linked to, Canon does clearly imply they're doing some more voodoo than mere sharpening. Of course, it's a marketing page, and those people have imaginations unbounded by our current understanding of the laws of physics (or ethics).
If your pictures aren't good enough, you're not close enough. - Robert Capa
Top

Thanks for the discussion.
Can only say I was surprised at the result- it certainly does something that I can't do with just simple USM use.

In Canon's zoomed in sample, you can put the "before" in Photoshop and try matching the "after" side by side.

I couldn't get as sharp looking a photo without adding more artifacts. That is a jpeg and not a Raw sample, but still, it seems like something interesting is going on.
If your pictures aren't good enough, you're not close enough. - Robert Capa
Top

Using images screen-grabbed from the bottom of http://web.canon.jp/imaging/dlo/effect/index03.html, here's an animated GIF example of what I mean by getting approximately the same result with USM:

To my eye, there are some clear advantages in the DLO image around the high contrast edges at upper left, but I have the feeling that's more in CA than sharpening. Over most of the area, these look pretty similar to me.

PS. For comparison, here's the unsharpened versus DLO:

Thanks Rik! That's really interesting.
The results are remarkably close. Though around the high contrast areas you can see maybe more exaggeration of the boundary differences with USM.

Interestingly, there seems to be a little bit of a color shift with DLO (unless that's a GIF palette artifact).

Also, if I magnify the GIF, it looks like the pixel noise is enhanced more with USM.
If your pictures aren't good enough, you're not close enough. - Robert Capa
Top
Post Reply Previous topicNext topic
9 posts • Page 1 of 1