When I took the attached picture of a bolt, I immediately thought I had chanced on a hypercentric lens (in this case, Olympus 60 mm f/2.8 macro for Micro 4/3). The farther end of the screw looks wider than the near end.

Upon some thinking and measuring, I had to correct my initial impression. The neck of the screw immediately close to its head is narrower than the rest of the thread by design. The diameter of the threaded part in its farther portion, as measured on the picture, is actually narrower than the nearer portion, except for the neck. The unfocused far end of the screw may contribute to the impression of being wider.

So, not everything is as it looks, which is the basis for an optical illusion. This particular optical illusion is not actually there, as shown by measurements, nor is its apparent cause. 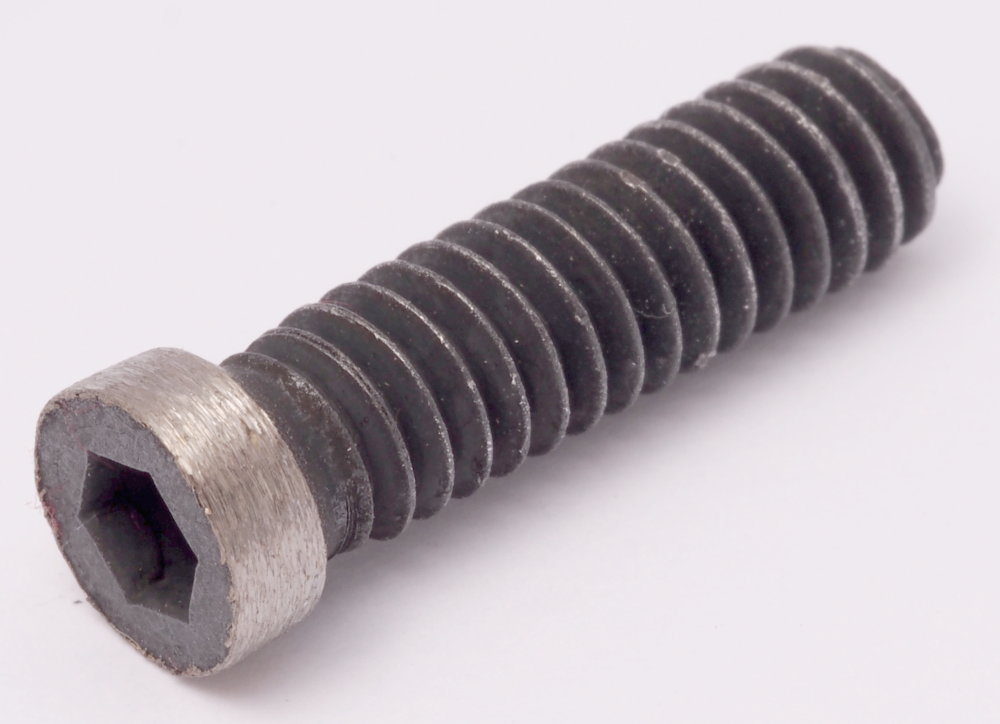 The strength of fasteners is usually controlled by the minor diameter of the male thread. Narrowing of the major diameter near the head is not required (in the formal specification used to specify the fastener construction) on most relatively short fasteners, however the loose tolerance on the major diameter would allow it. The necking down is probably a consequence of the thread rolling process.

The head OD appears to have been ground? This is unusual. Most screw tooling would spit out the screw with the head at the finished diameter.

BugEZ wrote:[...]The necking down is probably a consequence of the thread rolling process.


Probably, but it comes in handy in that it behaves like a captive screw when threaded through a shallow threaded hole.


The head OD appears to have been ground? This is unusual. Most screw tooling would spit out the screw with the head at the finished diameter.
Keith

That was my doing, and the actual purpose why I took a picture. I received a kit that was missing a few key parts, including screws with non-standard heads, and I had to manufacture makeshift ones by grinding the heads.