Easy scanning of an aerial image with a hi-res sensor

Easy scanning of an aerial image with a hi-res sensor

Continuing my experiments with my Olympus PEN F, I just made my first 200 Mp image from a single aerial image-- a "poor man's Phase 1"! 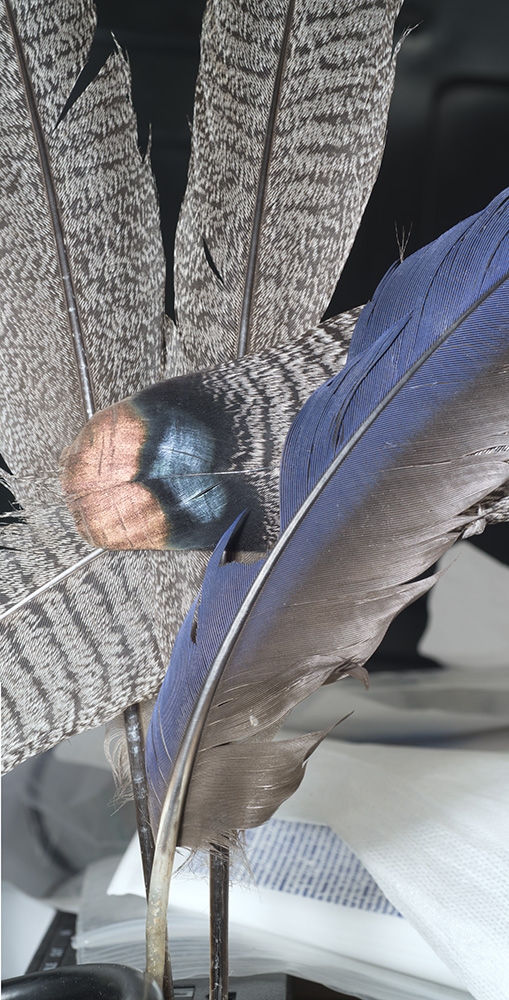 I used a cheap Fotodiox converter that adapts Nikon lenses to Micro-4/3 bodies. It allows for shifting the body with respect to the lens. So I attached my best lens (Micro-Nikkor 60mm) to my PEN F through this. I clamped the lens to a platform to keep it immobile. I made a challenging target out of feathers that had spaces between them, so that the subject was 3-D and would reveal perspective flaws, if any. I used iridescent feathers to test whether the reflections would appear to wander between images.

I then took three high-res pictures (each consisting of eight shots): one with the body fully shifted up, then one centered, then one fully shifted down. Each individual high-res image is 80 Mp. They overlap so the total image is smaller than 3x 80Mp.

All three pictures are of [different sections of] the same aerial image, so (if the lens is flat-field) [edit--shouldn't matter if the lens is flat-field or not] the perspective and reflections should be perfectly preserved, making stitching them a breeze. I stitched them using only basic nudging in Photoshop. No change in scale or warping was necessary. I did have to rotate one image 0.1 degree since there is some rotational wiggle-room in the lens/adapter/body connections.

I made one other adjustment. There were some very slight contrast and color-balance differences between the first image and the other two. Perhaps the flash has a slightly different color temp when cold than when hot. Or maybe the auto white balance of the camera was the cause--I should have set the white balance to manual but I didn't think of it. [Edit- no, I was using RAW so white balance settings shouldn't matter-- or maybe PS reads the WB setting and uses that as the default? Need to check this...] Also I should flock the adapter; color tints from internal scattering will differ between shots depending on which part of the image is hitting the adapter walls.

Of course this is pointless unless the lens covers and out-resolves a full-frame sensor. I don't claim that 200Mp worth of useful information was actually gathered in this case, I just wanted to show that it is mechanically possible. Actually, Olympus says their high-res RAW file is about 20% larger in each dimension than it needs to be. So perhaps my image contains 128Mp of real information.

Here are some 100% crops of one of these giant images. I have sharpened them slightly. 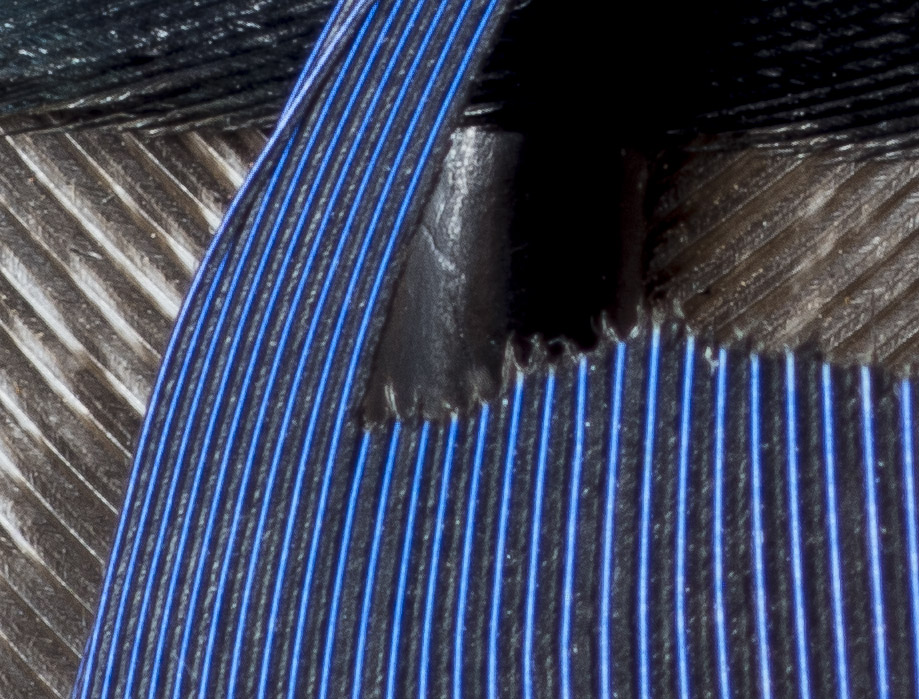 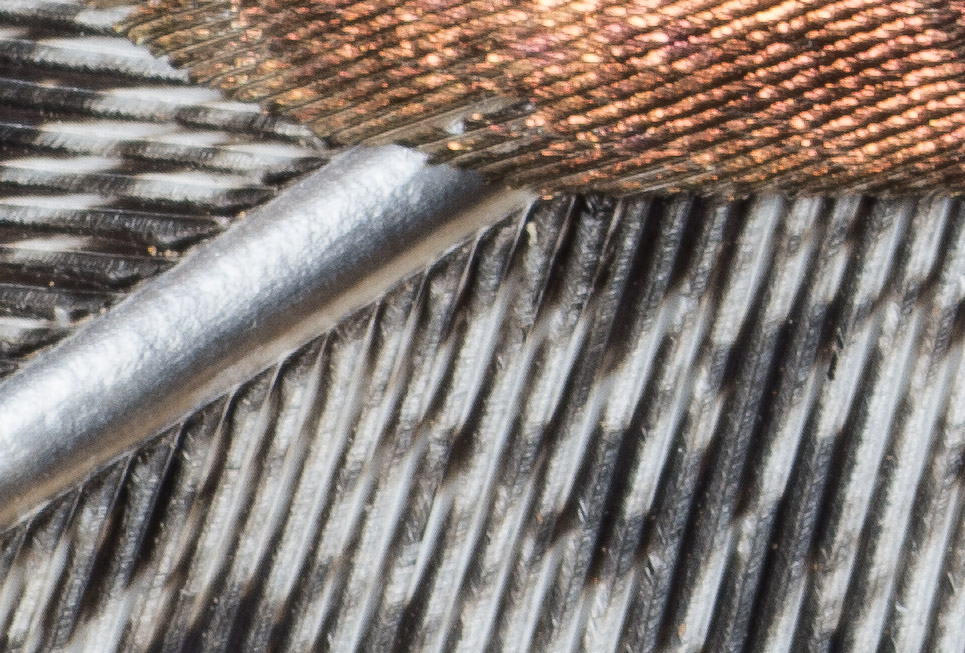 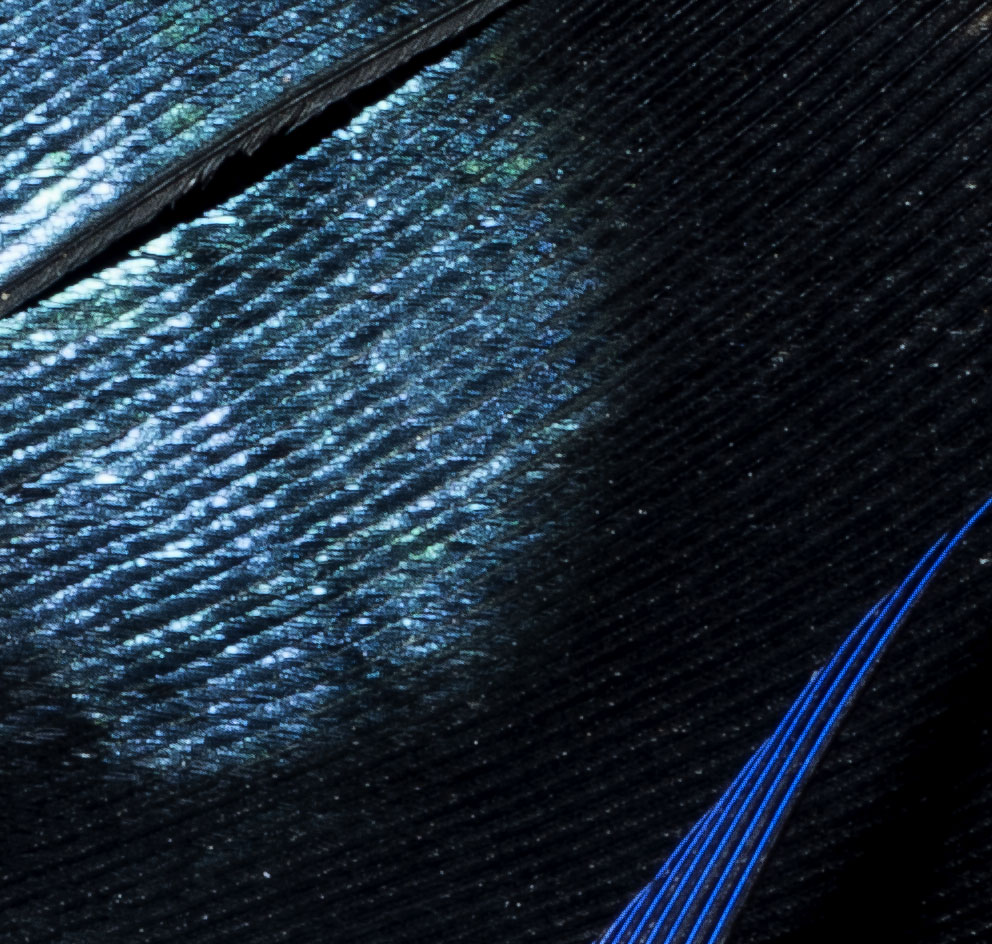 Even without using high-resolution, this is an easy way to get 9700 x 5000 pixel images.
Last edited by Lou Jost on Tue Jul 19, 2016 7:57 pm, edited 2 times in total.
Lou Jost
www.ecomingafoundation.wordpress.com
www.loujost.com
Top

Wonderful! Thank you for sharing!
Top

Thanks Gene, try it with yours! Important caveat-- the camera and subject have to be perfectly still during the high-res photos. No vibrations allowed.
Lou Jost
www.ecomingafoundation.wordpress.com
www.loujost.com
Top

Try stitching it with Microsoft ICE or PTGui. They both should be able to balance the color as well as handle any small shifts.
Top
Post Reply Previous topicNext topic
4 posts • Page 1 of 1