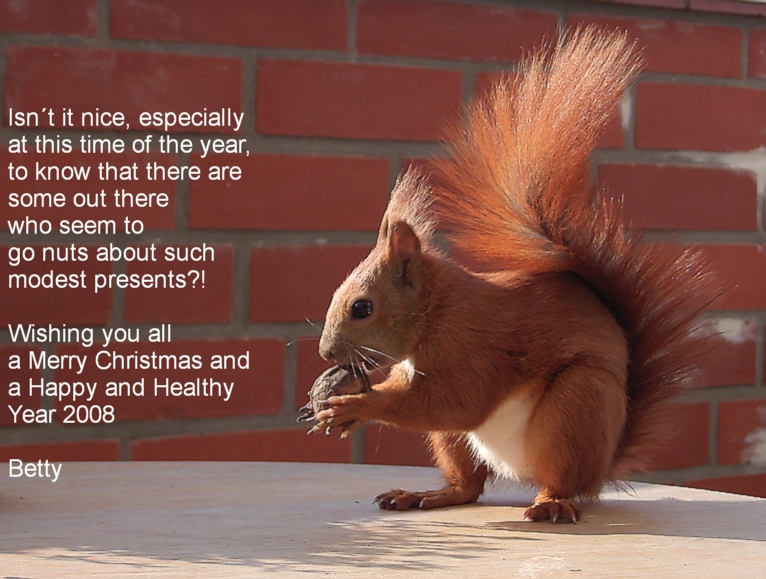 Red squirrels are regular guests on our balcony where they can off and on find a little treat. They nest in some old large spruces that are growing behind our house.

This might be a rare sight for some of the Brits around as in many areas of Britain the red squirrel has been ousted by its larger American grey cousin who was introduced in Bedfordshire in 1889.

I love squirrels, they can be so funny at times. I suppose it all comes down to where one goes. When I lived in Arkansas, the red squirrel was the most predominate of the species, with the gray ones being the minority. Then there were, though seldom seen, a few solid black ones. Lovely photograph Betty and it makes one to sit back and take stock of their many blessings already. Merry Christmas and a Happy New Year

Merry Christmas and a Happy New Year to you too Betty ....and to all my friends on both our forums

Well Betty... I'll add onto your message here and wish you, and all my other "micro" and "macro" friends a Merry Christmas and a Happy New Year as well!

A lovely photo, and lovely thoughts -- thank you!

I will add mine as well:

May this be the Best of Holidays for you and yours!

Merry Christmas and a Happy New Year, and may your Christmas Stocking be filled with what you want rather than what others think you need!

A beautiful squirrel. Sorry to hear they have been taken over by our grey squirrel. The grey squirrel is cute in its own right, but I sure do love the colors of this red one.

It is questionable whether the grey led to the decline of the red squirrel in the UK. I found this on a squirrel site in the UK:-

Despite common belief, the grey squirrel has not been the cause of the decline of the red. The red is less adaptable than the grey, and in Britain is living on the edge of its preferred habitat. Deforestation and habitat loss caused them to disappear from Ireland as early as the 15th century, and from Scotland by the 18th, long before the grey was introduced. In addition, in the late 19th and early 20th century they were considered pests and were killed in their thousands. By the 1920s their population had been decimated.

Red squirrels are now protected, and in some areas, coexist with grey squirrels." 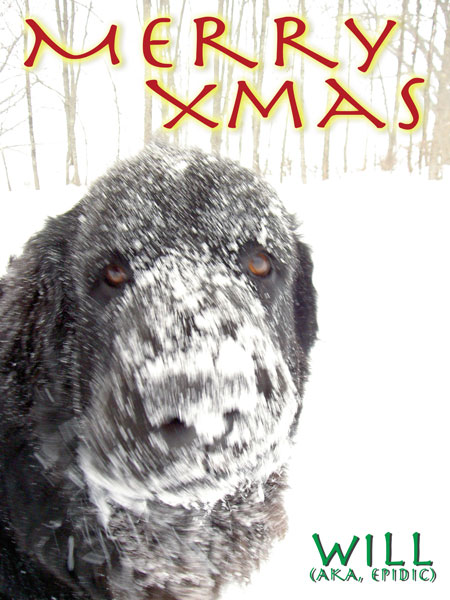 Squirrel on balcony - I can relate

Friends of mine live in the middle of Frankfurt and they get visited daily by one very hungry squirrel:

Hope the old man was very busy visiting you all

If you are out there shooting, things will happen for you. If you're not out there, you'll only hear about it. - Jay Maisel
Top
Post Reply Previous topicNext topic
11 posts • Page 1 of 1