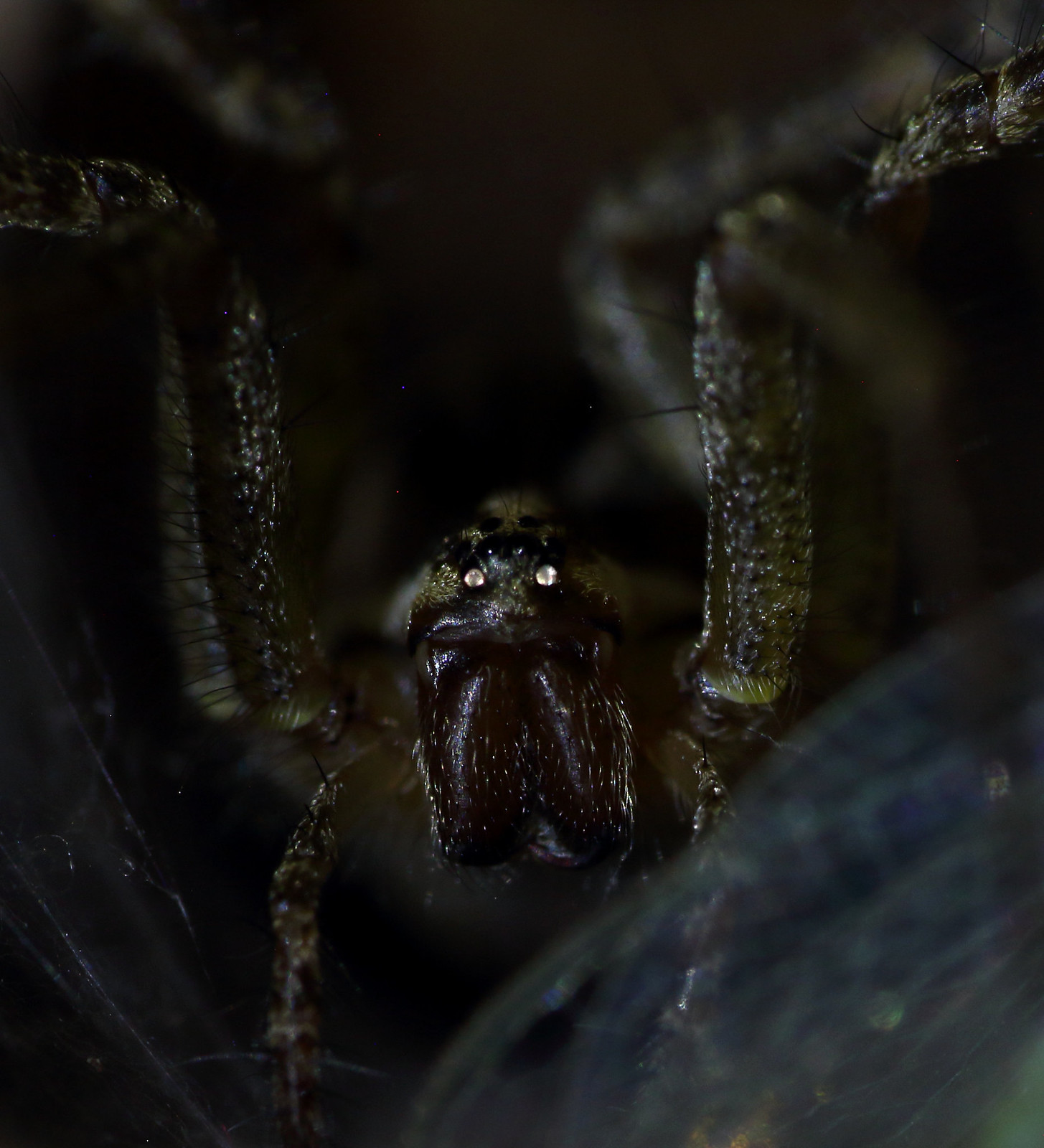 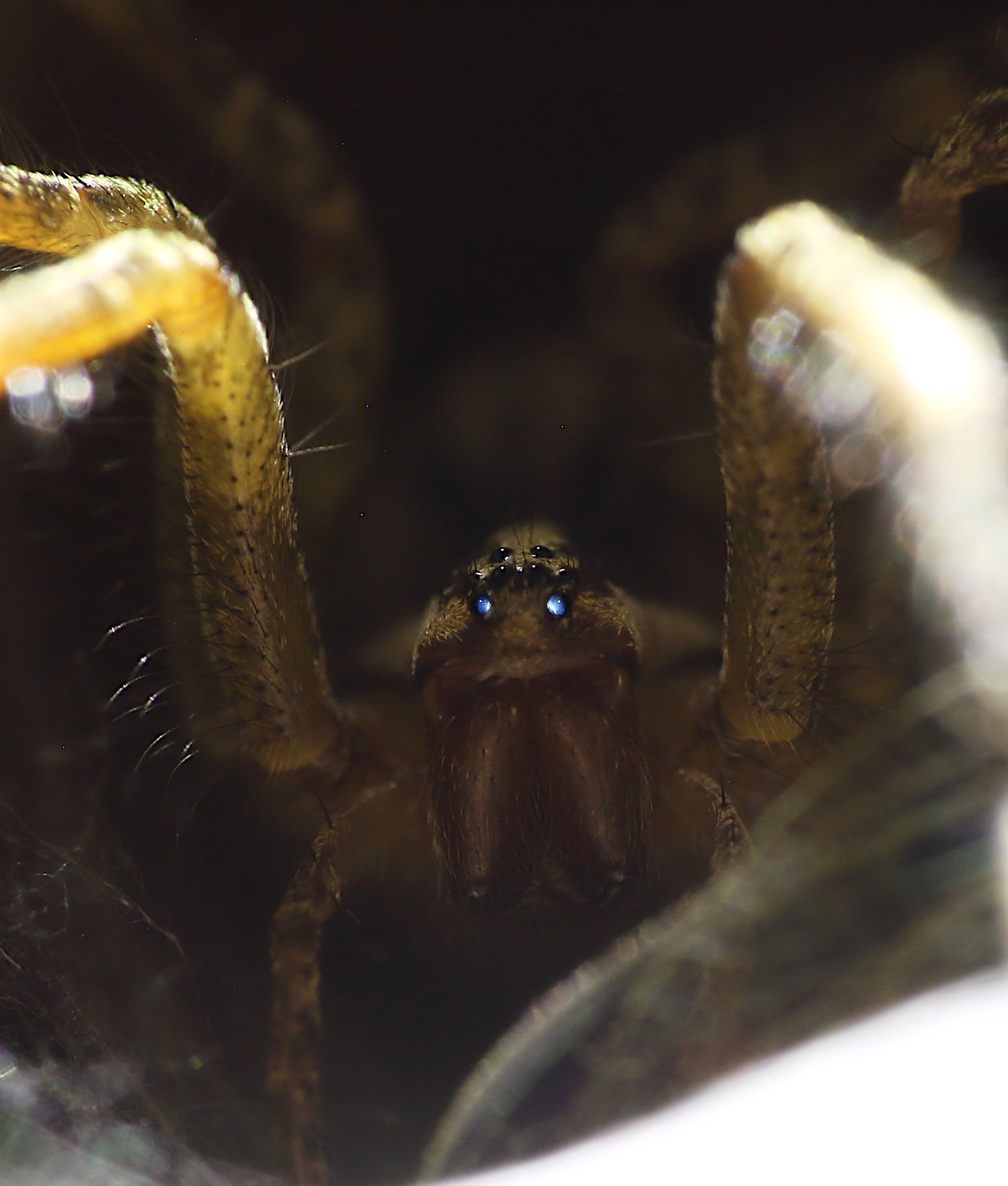 Shelob 2 by Mark Sturtevant, on Flickr
For some time I have been playing with photographing 'eye shine' that can be produced in some spiders. Wolf spiders are well known to show this effect, but one can also produce it in some of the other spiders.
This is a funnel web spider (I don't have the species name yet), and obviously they can be made to produce eye shine. She had built her large sheet web near the crown of a plant, so it was an easy matter to take the entire 'bouquet', web and all, into the house for staged pictures on the dining room table. She was a remarkably willing subject, patiently putting up with my close work.

I am naming her "Shelob", after the giant spider that appears in The Lord of the Rings. There is this brief passage that seems appropriate:
" There age-long she had dwelt, an evil thing in spider form..."
Mark Sturtevant
Dept. of Still Waters
Top

Thank you. I forgot to mention that the pictures are in a way made from double exposures. The main picture is made under low 'general' light, and then the eye shine is brought up in a second picture with either an led light or incandescent flashlight (these yielding differently colored eyes). The shiny eyes from that picture are then copied and pasted into the main picture.
I could not get the other eyes to light up, as much as I tried.
Mark Sturtevant
Dept. of Still Waters
Top

I just now checked the funnel web spiders outside the window by my computer. Sometimes they walk out onto the web so I can get a variety of viewpoints.

Have you been able to test those other eyes from a straight-into-them viewpoint?

I've tried it. But I had not noticed it except for those two frontals. It could be just me. But yes one needs to be looking straight down the eyes, and the light should be aimed as straight in as possible. At least that is what worked for me. I've had a hard time finding decent sized wolf spiders this summer. Normally I can see huge ones in burrows at a certain field. But not lately. What is favored with such things - funnel web spiders and burrowing wolf spiders - is that they want to stay put, and not run away. I've tried this with a big and scary nursery web spider, who also gives eye shine. But she was ... well ... she was big and scary and fast. Not fun to work with in the dark.

I have been shopping for tiny battery powered led lights to mount on the front lens of the camera. The best candidates I know would involve stripping down one of these: https://www.amazon.com/dp/B0094EKBNE/?c ... _lig_dp_it. Mounted on little bendy wires, maybe.
Mark Sturtevant
Dept. of Still Waters
Top

Nice work Mark. Geocaching at night I noticed many spiders in the bushes by their eye shine.
I'm in Canada! Isn't that weird?
Top
Post Reply Previous topicNext topic
8 posts • Page 1 of 1