I`m Supposed To Eat The Plant

I`m Supposed To Eat The Plant

"The plant is not supposed to eat me" Found this Life and Death struggle going on in my little mini Bog. Once they enter the Pitcher Plant, most never come out. The beetle may live to see another day. I do grow a few native and no-native winter hardy insectivorous plants including Sundews & Pitcher plants in my backyard garden. I have even overwintered Venus Fly traps for four years now and they are native to North Carolina, USA. 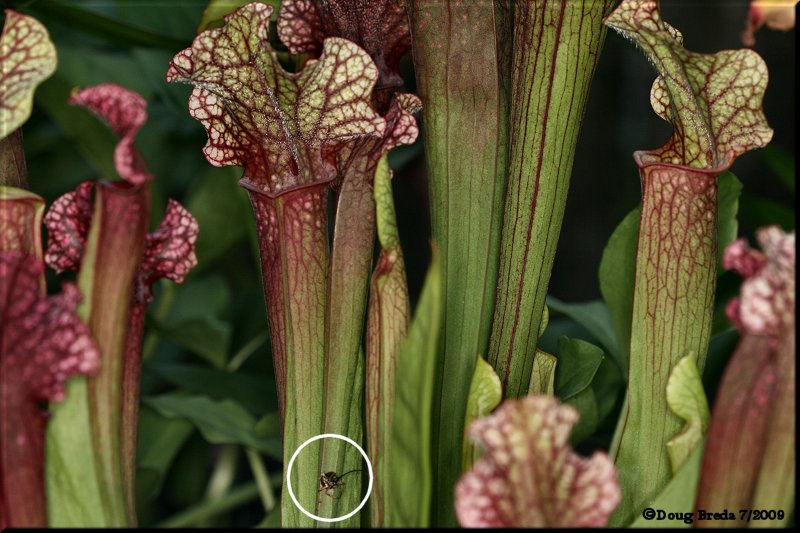 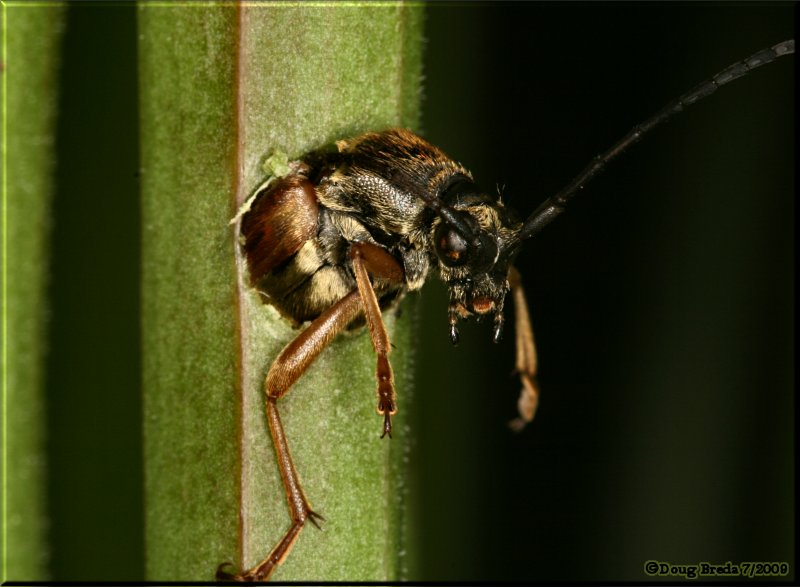 Amazing. An inventive escape, when is the movie?

Great shot. The beetle looks absolutely worn out by all its exertions. Maybe the movie could be called 'Escape from Bogatraz'.

Thanks everyone for the great comments. Just to let you know, when I went back later in the day, the beetle was gone. Hopefully he made it out the back door

Hi Beetleman, I love your photos of the sundews, especially the second close up shot. I have tried to grow them over the years but they never survived a second winter. We used to go down the south coast to a place called Orbost where some friends had a caravan park surrounded by a national park. Sundews were everywhere, huge clumps of them. They are quite unique and beautiful.

Apparently this type of escape is not as unusual as one might think.


From http://www.masternaturalist.ifas.ufl.ed ... l5_no2.pdf
Carnivorous plant flowers attract pollinators such as bumblebees that are often able to chew a hole in the plant to get out.

This beetle appears to be one of the long-horned wood borers (family Cerambycidae). That name describes only the larvae. The adults are largely pollen feeders and can often be found foraging and mating on flower heads. So the description seems to be spot on.

Those, and the ones in the referenced posts, are great carnivores indeed Doug, and you've done them proud.

I had a dozen or two different types of carnivorous plants over the years, mostly as photo subjects. The DOF was always a problem of course, so Drosers Capensis and its ilk, with long redhaired leaves which could be arranged into a plane, were a favourite.
Some do well if ignored, some need constant water, only rain water though because tap water kills them. She who must be unnamed once put "Baby Bio" on one, so it took its nitrogen from that and shut itself down.
Many of the "Venus Flytrap" species are great subjects too, with blood red interiors, or extra long "fingers". They're too easy to grow sometimes - like weeds.

The pitchers Sarracenia purpurea venosa or s.p. purpurea are vividly coloured and big enough to poke a skinny lens into at drowning insects, though I never had much success in my film days, not having any scope lenses then. A 2 - 5x would be fine I think. I've never known or read of anything eating its way out, those could be rare images.

One fairly boring-looking plant, the bladderwort (pinguicula, iirc,) has a trick I've long thought of trying to photograph, though it needs a movie really. It somehow makes a low-pressure chamber under water, which is opened when a passing insect triggers the door, so gets sucked in.

Anyone up for the challenge?