Yellow and orange lichen and other things

Yellow and orange lichen and other things

Most of what's in this picture is a old tree stump, covered with various sorts of lichen and maybe some paint or dye. 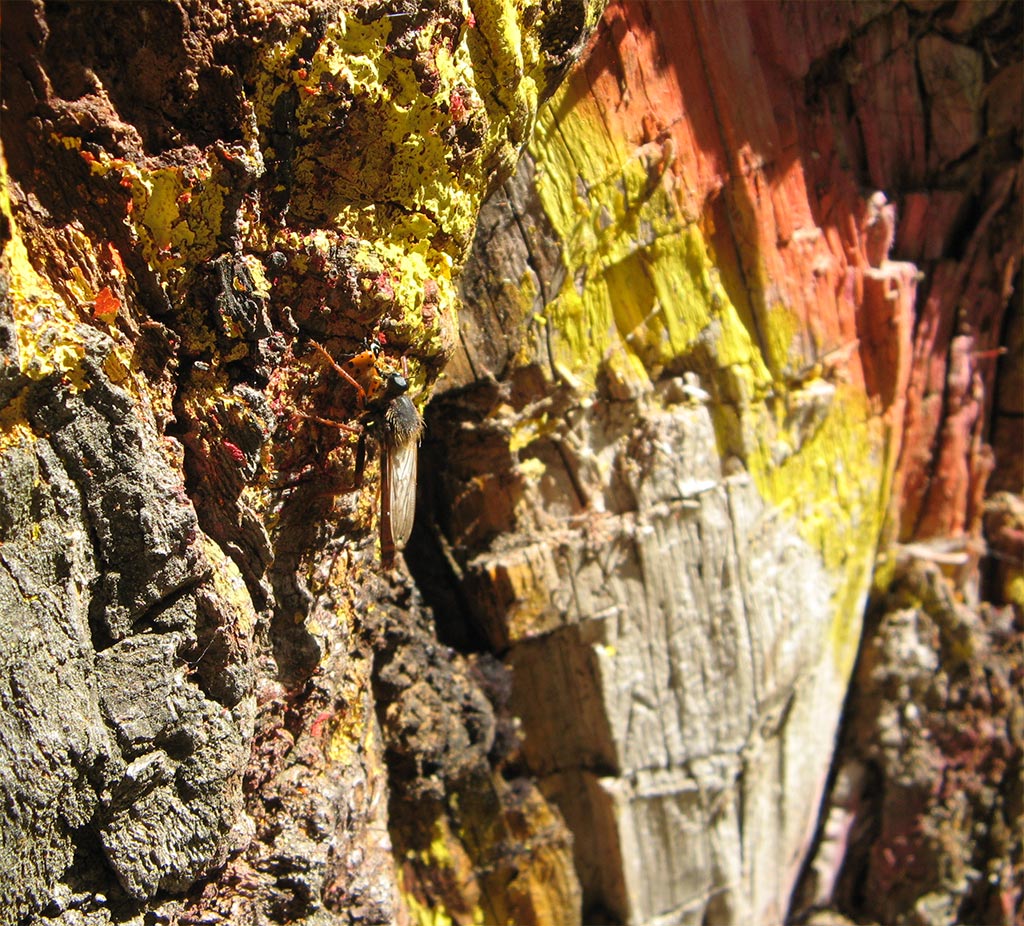 But all those colors and textures came as a surprise when I looked at the image, because when I shot it, my attention had been focused on these two insects: 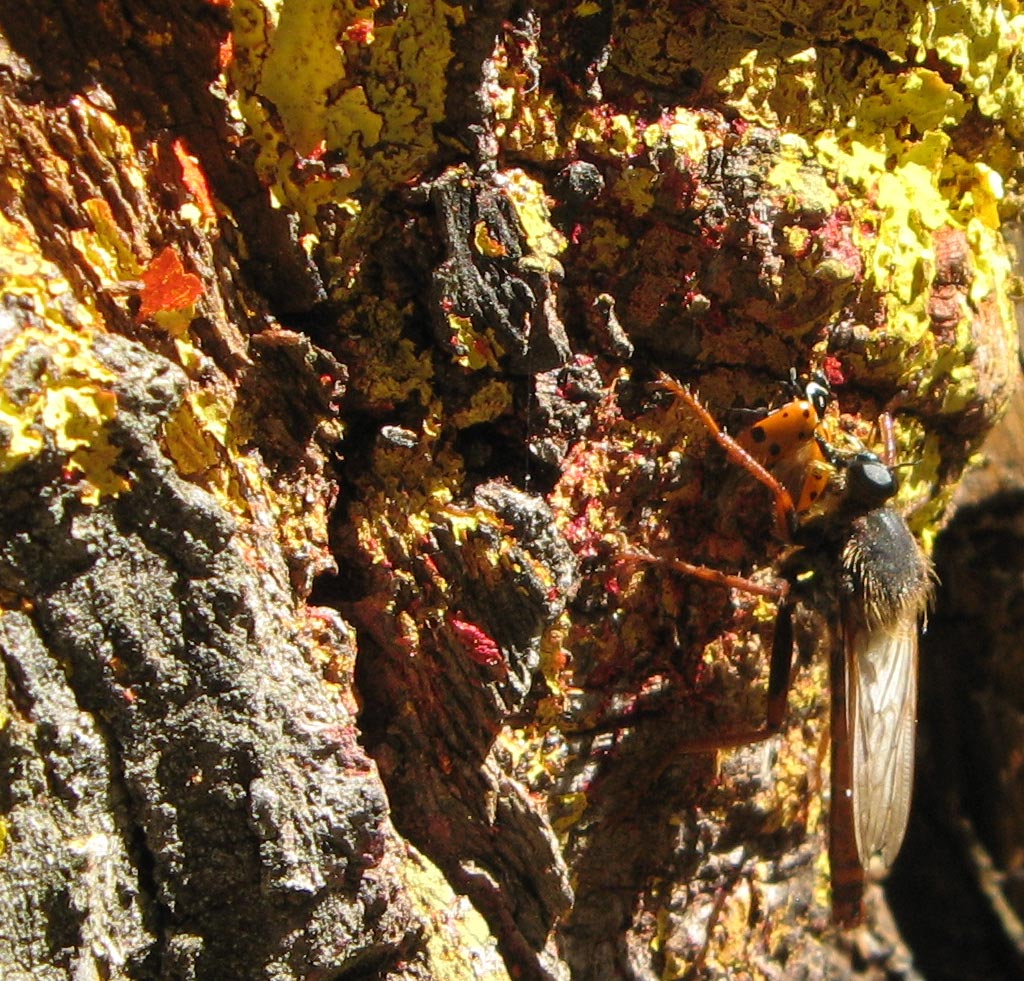 Right, that's a ladybird beetle, wing covers askew, being probed by the proboscis of a large and active robber fly.

The way I know it's a large and active robber fly is that I saw the takedown.

What I saw of the action was only that some small thing (it turned out to be the ladybird beetle) was flying across a forest clearing when a much larger thing flew up behind it, grabbed it out of the air, turned about 160 degrees, and scooted back to land on the stump. The pursuit, capture, and landing were all over in a couple of seconds.

Of course I was curious. I had seen robber flies in the area earlier, so I went over to the stump to take a closer look, expecting to find a robber fly with some other sort of fly or wasp.

I was very surprised to see that the prey was a ladybird beetle. I was even more surprised, over the next few seconds, to see a sort of slow motion wrestling match that ended with the lady beetle walking away apparently unharmed, while the robber fly stood and watched.

I speculated that there might be some chemical defenses involved, so I looked that up when I got home. It turns out that ladybird beetles are well known to produce alkaloids, and there's good reason to think that their conspicuous orange-and-black coloring serves as an aposematic warning pattern to discourage repeated attacks by predators that are smart enough to learn the lesson. Story at https://www.colorado.edu/asmagazine/202 ... l-defenses . I don't recall ever considering why ladybird beetles are colored so brightly, but now it all makes sense.

Anyway, no insects were harmed in the making of these images.

Re: Yellow and orange lichen and other things

Interesting captures. Ladybugs do exude a nasty chemical defense. When you handle one, you can pretty easily get the smell of them which is not unpleasant but is hard to describe.
Mark Sturtevant
Dept. of Still Waters
Top
Post Reply Previous topicNext topic
2 posts • Page 1 of 1