There were originally two of these lantern bugs, but one flew off when i approached. It was only then that I saw the gekko, that i think is a flying gekko, but any IDs of either would be really appreciated.

When I saw the gekko i immediately thought of aphid ant mutualism and wondered if this would be the same thing. When googling there were a couple of references mainly from Thailand and Madagasca in 2007 and 2012, but did not find anything for Sabah Borneo where these two were. 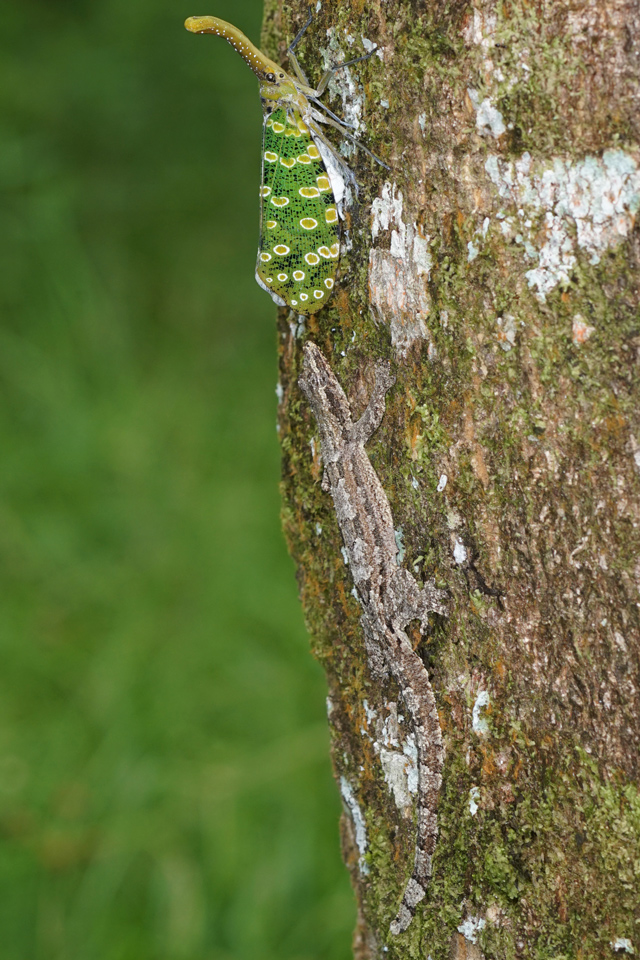 If anyone knows these species then it might be possible to say this is the same thing, or even a different example.
www.scientificillustration.net
Top

The lanternbug is in the genus Pyrops. Why might this be mutualism or any kind of interaction? It could be a concidence.
Mark Sturtevant
Dept. of Still Waters
Top

It could well be a coincidence, however something similar may have been reported a long time ago but lost in the references. It seems it was rediscovered much later with some different species in 2007 when a BBC team filmed something similar http://news.bbc.co.uk/2/hi/science/nature/7247472.stm .

The video is interesting https://www.youtube.com/watch?v=dKotf4nPiR8

There is a review that mentions it here http://hemiptera-databases.org/flowpdf/3377.pdf and a short report here http://www.tandfonline.com/doi/abs/10.1 ... 0150215378 but all in different countries or different species, and i am not sure there is any evidence that the gekko contributes to the relationship.

If you see it then try to film rather than just take shots like i did.
www.scientificillustration.net
Top
Post Reply Previous topicNext topic
4 posts • Page 1 of 1