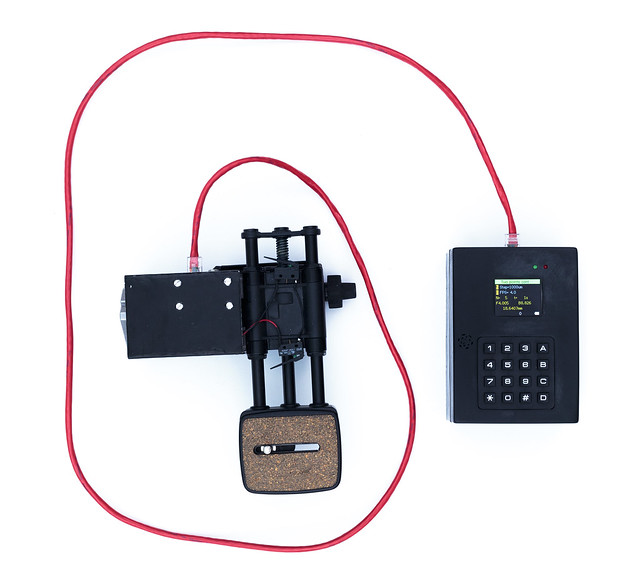 It's been 5 years, and I am finally releasing a completely rebuilt version of my Fast Stacker (automated focus stacking rail) - v2.0, with much better hardware and significantly improved software. The highlights:

Nice work with this project. You have put a lot of work into this.
Surprised that no other comments made so far.
Saving money on hardware means more money for buying Glass!

Good luck with your project
Top

It's not just saving on hardware, but in fact the ability to implement features which are absent or very inconvenient to use in existing commercial hardware. There is a long list of advantages of my rail over the popular Cognysis rails: https://pulsar124.fandom.com/wiki/Introduction . (As I noted there, the Cognysis products seem to have being designed by an engineer, not a photographer.)
Top

Yes I can see what your thinking was behind this. Now that you have this version 2, is it going to remain a a strictly DIY project for anyone interested to buy in components,
or are you thinking of supplying a kit/kits of components? The problem with others sourcing their own parts is availability.
Having to rejig a motherboard for another substitute part is strictly in the electronic enthusiast camp. Hence limited appeal.

I have a Velbon Mag Slider. I can solder and assemble components, but getting a set of components from 1 source that I know will work, would be better for me and maybe others.
Having the custom 3d printed case and ready to populate pcb is a plus also.

There will always be those just wanting a plug and play solution.

Different strokes for different folks, as they say.
Top

I am afraid I have no time or interest for doing this commercially. I enjoy building and perfecting (in terms of hardware and software) gadgets, and provide very detailed descriptions of the build process. The parts I used are all listed on the wiki page, and pretty much are still all available. The online PCB design service I used (easyeda) is pretty easy to master, so it shouldn't be much trouble to customize it to different parts. This project is definitely for people who like both photography and tinkering with electronics and software.

BTW I plan to record a detailed video tutorial (in 4k) on using the new version of my rail. Once it's on youtube, I'll post the link here.

One of the advantages of v2.0 I haven't mentioned is the fact that now I have plenty of space (RAM and flash memory) for future features and improvements. With the old version, I spent like 95% of my time on trying to squeeze out a few additional bytes, which I could use for improvements. With v2.0 I keep adding new features, it's super easy. For example, just the other day I added the new mode of operation - Burst (to be used with live insects). Many cameras cannot do fast shooting in a regular fashion (when you press shutter for each shot), but have a special burst mode when you keep pressing the shutter, the camera keeps taking photos, until you fill up the internal memory buffer. E.g. my Canon 6D camera is pretty lame in terms of regular shooting (maximum 2 fps when shooting RAW), but in the burst mode it does 4.5 fps up to 17 RAW frames. I tested, and the flash works properly in the burst mode. I just implemented the BURST mode into Fast Stacker, so I can shoot live insects at 4.5 fps with a flash. 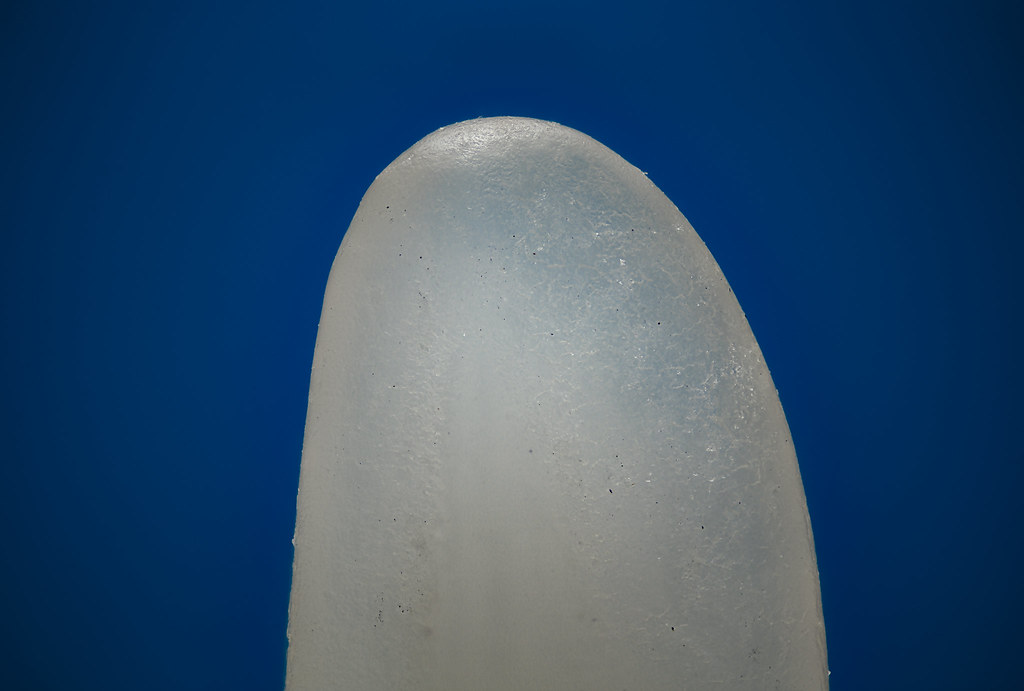 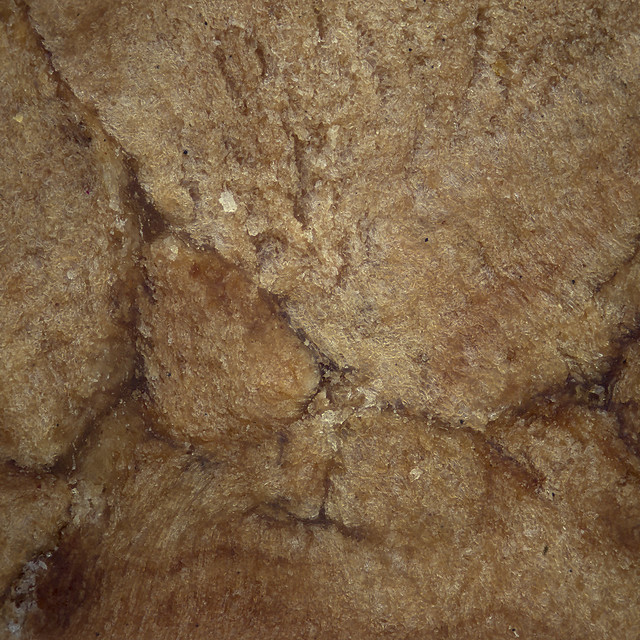 The Stackshot guys can now breathe a sigh of relief.

Nice work with the photos. The grain of rice reminded me of the egg from 'Alien'.

It will be good to see your upcoming 4k video.

Have you tweaked some parameters before using Zerene so that Zerene can produce better or at least match what Enfuse does?

What I am trying to say is, if you use some software right out of the box and use them with default settings, then claim one is better than the other, it is a bit misleading. There are a lot of stacking algorithms out there and they work well depending on different situations and need some tweaking of parameters for other situations to work well.

Just so we are on the same page . . . here is a screen shot from your page, I added red underline.

I did try to play with settings.

These days, I often use Zerene results over Enfuse. What I observed though (e.g. in my cork shot) that sometimes Zerene aligning engine can fail with some obvious artifacts, while the alignment tool from Hugin did a great job. So now I usually do all the steps except for stacking using my macro-scripts, and then run Zerene for stacking (disabling the alignment feature).
Top

pulsar123 wrote: ↑
Mon Sep 13, 2021 6:14 am
What I observed though (e.g. in my cork shot) that sometimes Zerene aligning engine can fail with some obvious artifacts, while the alignment tool from Hugin did a great job.

I can guess about what's going on in these cases, but first some background information...

Zerene Stacker's alignment method is based on minimum difference of luminance values, integrated over all pixel positions, where Hugin's alignment method is based on detection and matching of distinctive local patterns of pixel values ("control points"). There are tradeoffs between these methods. The control point method, which derives from panorama stitching, is able to handle lens distortions, large amounts of shift/translate/scale, and large variations in illumination between images. The integration method, which I chose specifically for focus stacking, is more tolerant of frames that contain little or no focused detail and can do more precise sub-pixel alignment when images vary only in focus.

I handle all email sent to support@zerenesystems.com, so I know that reports of artifacts due to alignment are rare. When they do occur, they usually trace to one of four causes: changes in perspective due to movement of the entrance pupil; random depth ordering or multiple passes over the stack depth (e.g. front-to-back-to-front); subject movement (including movement of reflected objects); and frame-to-frame changes in the overall pattern of illumination, typically caused by drifting clouds in landscapes or flash variation with multiple flashes.

For the cork stack, my best guess would be that last cause: frame-to-frame changes in the overall pattern of illumination.

If that is not the case, then I would be very interested to know what's going on. Sergey, I would be happy to investigate further, if you are interested and can make the stack available to me.

Regarding the images shown at https://www.flickr.com/photos/99745838@N03/25077956624 , if a question were posed about how to improve the Zerene Stacker results, I would comment that: As for the sharpness issue, redlined by mjkzz, it may be relevant that Zerene Stacker never sharpens its output. If a comparison is made between ZS output and output of a script that does add sharpening, the script will surely win on that score.

Regarding scripting and automation, I should note for the record that there's an API for Zerene Stacker also. I am aware of several automated systems that use ZS under the covers.

None of this should be taken as criticism of the scripting approach using dcraw, Hugin, and ImageMagick. The scripts are an elegant approach for getting a lot of functionality with not much added code, and having everything be open source definitely eases strain on the wallet.

OK, sounds fair. However, if you look at the image you posted, I noticed there are some kind of haze around the that object in the image done by Enfuse (see image with red circle). To me, that is NOT sharp.

So the question is, with the Enfuse image, did you do any post on it? Like contrast enhancement, etc (I would say no sharpening as that would not be fair to Zerene when comparing sharpness).


pulsar123 wrote: ↑
Mon Sep 13, 2021 6:14 am
These days, I often use Zerene results over Enfuse. What I observed though (e.g. in my cork shot) that sometimes Zerene aligning engine can fail with some obvious artifacts, while the alignment tool from Hugin did a great job. So now I usually do all the steps except for stacking using my macro-scripts, and then run Zerene for stacking (disabling the alignment feature).

This is new to me, I do not know what algorithm Enfuse uses, but as far as I understand how Zerene works, Zerene's method should be much more accurate for focus stacking because there will be a lot of out of focus area in an image in the stack. I have not been involved in computer vision stuff since 2008 and computer vision has advanced so much, Enfuse might be using some of them. Well, time for me to dive into this again, very interesting.

I was looking at your code and I am wondering if you have ever done any embedded programming? Just curious.

It seems that you are relying upon millis() and micros() for timing, users of your system might not notice it . . . but since you open sourced it, I would expect a bit more robust approach implementing it as I have ALWAYS expected for open source projects. So here is my suggestion : use interrupts

Regarding scripting and automation, I should note for the record that there's an API for Zerene Stacker also. I am aware of several automated systems that use ZS under the covers.

Rik, where is the API? Is it free to use? Is it Python friendly?
https://www.facebook.com/groups/mjkzzfs/
Top
Post Reply Previous topicNext topic
34 posts