Hello everybody,
Does anybody know how to use this lens for the focus-stacking?
I would like to illuminate the subject from the side and have to avoid the scattered light (taking the pictures against the light).
BTW, WD=4.1mm
BR, ADi
Top

(Can you clarify what you want to do?
"Illuminate from the side" and "take pictures against the light" are different things.)

4mm is tight, but doable, imo. The lens metalwork becomes significant. You need a subject which isn't too shiny.

If you illuminate from the objective side, (solid subject, no back-light) you'll find you have to illuminate very evenly. Unless you illuminate through the lens, your lighting can only be from a triangular section ring, because the glass of the high NA lens and its surrounding metal, gets in the way. The ring sits on the plane of the subject.
If you illuminate predominantly from one side ( I mean for instance "the left" when looking down the microscope) you're only illuminating from a very small part of the solid angle which µ-man, laying on the surface of your subject, sees in his hemispherical sky.
High NA objectives necessarily have a lot of glass occupying the vertical sky, short WD objectives tend to have larger proportion of metalwork adding to what you might call the "dark angle". All you can do is fill the rest with light.

Then, much depends on how Diffuse the Reflection is, from the subject surface. This https://en.wikipedia.org/wiki/Diffuse_reflection illustrates.
If the reflections are specular, you will have horrible problems.
It will appear as though all the little shiny µ-men have hand-held bright smoky fireworks, pointing them up, and away from the incoming light. As you focus up and down you'll be able to sharpen a patch of atmosphere with the bright smoke for that height.
It's in part an effect of using a very small part of the glass of the lens, where all that light is directed. It's a very small effective aperture, so it's heavily diffraction blurred.
Irregular surfaces will show firework plumes squirming around and interacting, as you focus up and down. They occupy different parts of the out-of-focus sub-cones which relate to each individual firework. Those cones aren't in the same relative positions as the features are on the surface, so the light sources in your viewfinder, do move about. In a stack, they of course constuct a three dimensional volume of unwanted light source, sharp enough to record.

I worked out a way to remove it, but there isn't enough room in the margin, to explain.

About all you can do, is light from as large an angle of sky as possible.
One method which I have found works, to the extent that the geometry allows, is this.
Uses:-
- Ring flash,
- Table-Tennis Ball. Optional - you could try a paper tube
- expanded polystyrene cereal bowl, base removed
- 52m to( M42f + 52m) adapter (rafcamera) which allow height adjustment by M42 tubes for the ringflash when fixed to a 52mm thread "tube" lens
- Blue is Blu-tak, not really necessary but works for me.
- Green (shown only one side) is a ring cut from white plastic strip, sprung in place, in case I need to avoid reflections from the subject plane, going into the lens (where the TT ball isn't being used )

A Yongnuo ring-flash is running at minimum (1/128) output. One side can be turned off, which makes surprisingly little difference to evenness, if the Table Tennis ball (etc) is used. The light-sources on the right flash are just about bright enough to focus.

Many thanks for your answer!

So, I will try to implement the solution, you have recommended.

Till now, I have experimented with the flocked light trap from Protostar: 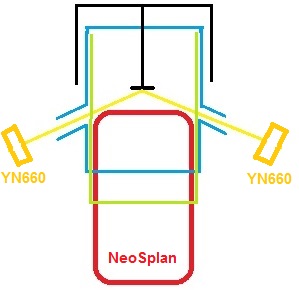 So, I had to saw the silver ring and to fill the hole with the rubber-joint: 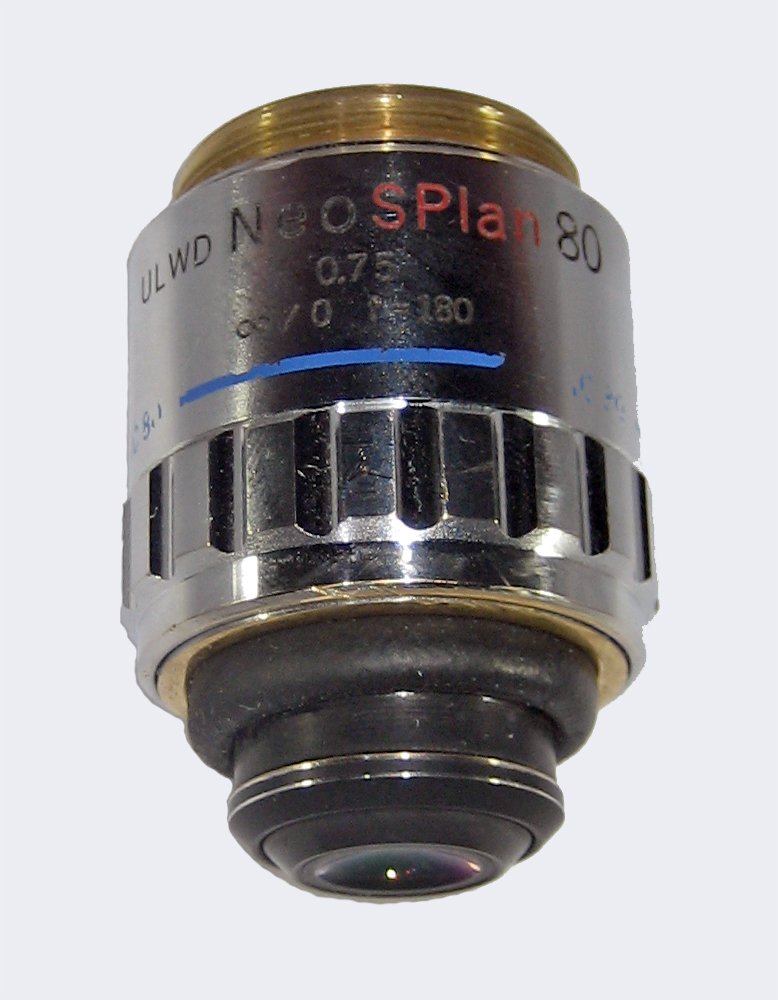 That enables a better illumination.

The second problem is CA.
I have tried to remove the CA by LR during the conversion from RAW into TIFF.
- Noise reduction->color 100
- Lens correction->manually->defringe (purple & green)

Chris, wouldn't it be better to turn the cereal bowl upside down?

Adalbert, very brave of you to saw the objective. How did you know it was safe to saw where you did? Did you make a lower cut for observation of the guts of the objective first?
Lou Jost
www.ecomingafoundation.wordpress.com
www.loujost.com
Top

It was easy, I only had to saw the cylinder 1: 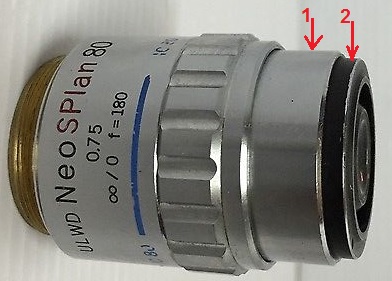 Hi adalbert i will ask you how you cut the ring off from this objective what kind of gear did you use ?

Hello Marco,
I did this by hand very carefully with a metal saw blade.
Best, ADi
Top

thanks for the info i will give it a try when the objective arrive here.
im a big fan from your work with that objective on 100mm.
so i buy this objective for myself..
i have a lot to try and learn but new things are new fun

Hi Marco,
But I must admit that I only buy at absolute bargains.
E.g. I bought a whole series of Nikon Lu Plans at a bargain price.
Best ADi
Top

You're brave ADi. I've been burned with poor image quality/damaged optics so many times buying cheap objectives I have just about given up. I tell myself that I will only buy from Mitutoyo direct now, well I keep telling myself that.

As much as I complain ADi, there are some incredible buys on eBay for sure!

Sometimes the deals are just too good to pass up!

Hi Adalbert your lucky i never find such lenses for a cheap price and i dont wanna wait a few years to find ..
i have one more question i see after removing ring 1 and 2 you fill the hole with rubber whats the name of that rubberring or where can i find that ?
thanks for all the help Adi