My main job is making and selling jewelry. Last year I bought some nice samples of druzy dioptase from the Congo at a gem show. One of them had a small plate of white calcite with a few little isolated clusters. 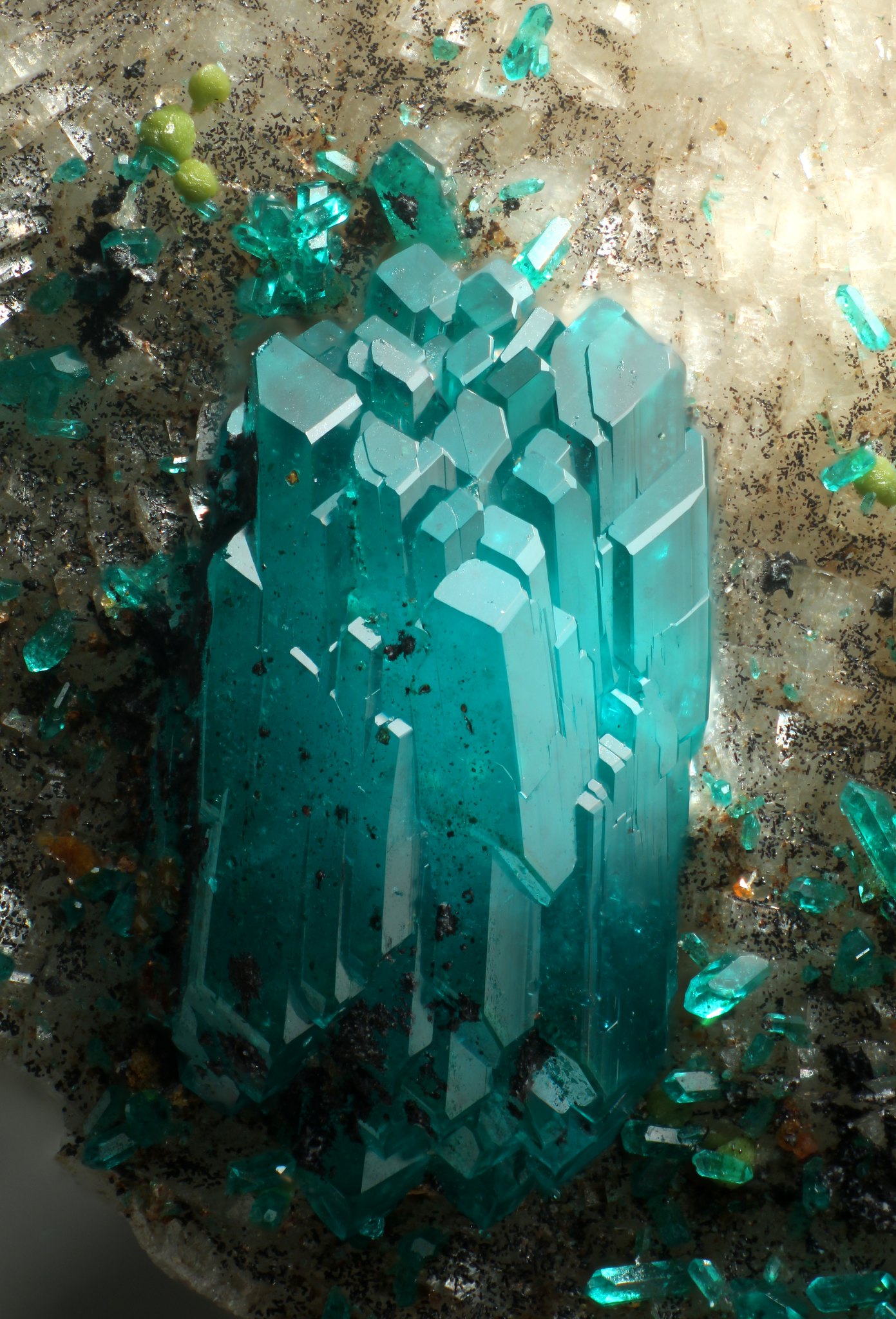 Dioptase Crystal Cluster by Stephen Challener, on Flickr
Shot with my Mitutoyo 5x on a nikon UM-2 measurescope.
Top

Those green botryoidal crystals are interesting, what are they? Or are they botryoidal?
Blog
My Flickr
YouTube
Top

Very nice.
Thanks for sharing.
Top

Excellent! It’s a great colour. Do you do all of the cutting and polishing yourself?

I am not sire what the other minerals are. Wulfenite and mimetite are also found with these, and of those mimetite seems like a good guess. I also saw a few red crystals I didn't recognize.

I do some cutting and polishing, but most of my stones are set as uncut crystals.
Top

Very nice - what "tube" lens are you using on the UM-2?
Chris R
Top

Thanks! I'm using an infinity optiphot head (same one I used here http://www.microbehunter.com/microscopy ... php?t=8139 ) which has a nice tube lens in it. Not sure if it's up to the itl200 but it's at least good enough, especially since I use the scope for inspection as well as photography. The head also gives an erect image, and with third party 10x/22 eyepieces I can get a pretty nice FoV even with 23mm eyepieces (especially with the 0.62x setting on my mag changer, which doesn't cover aps-c but does cover my eyepieces with most of my mitutoyos).
Top
Post Reply Previous topicNext topic
8 posts • Page 1 of 1