I took a shot at arranging a much more ambitious circle. It took ages, and at times I felt I'd bitten off more than I could chew, but really chuffed with the end result now it's finished. Image is a bright field snapshot taken with a 2.5x objective.

Frustules are out of a fingernail-sized sample of diatomite from Forresters Hill in Oamaru, N.Z. Sizes range from 25um for the smallest specimen up to 500um for the large central one. The circle is 2.15mm diameter.

I lost three while mounting the coverslip again (seems to be my unlucky number) but this time they were very small ones, and 3 out of 391 is an improvement over last time. I haven't 'shopped the image, it's presented warts and all.

That's it for diatom circles for a while; I'm going to keep that as a winter pursuit now. Time to get sampling the spring ponds I've been neglecting 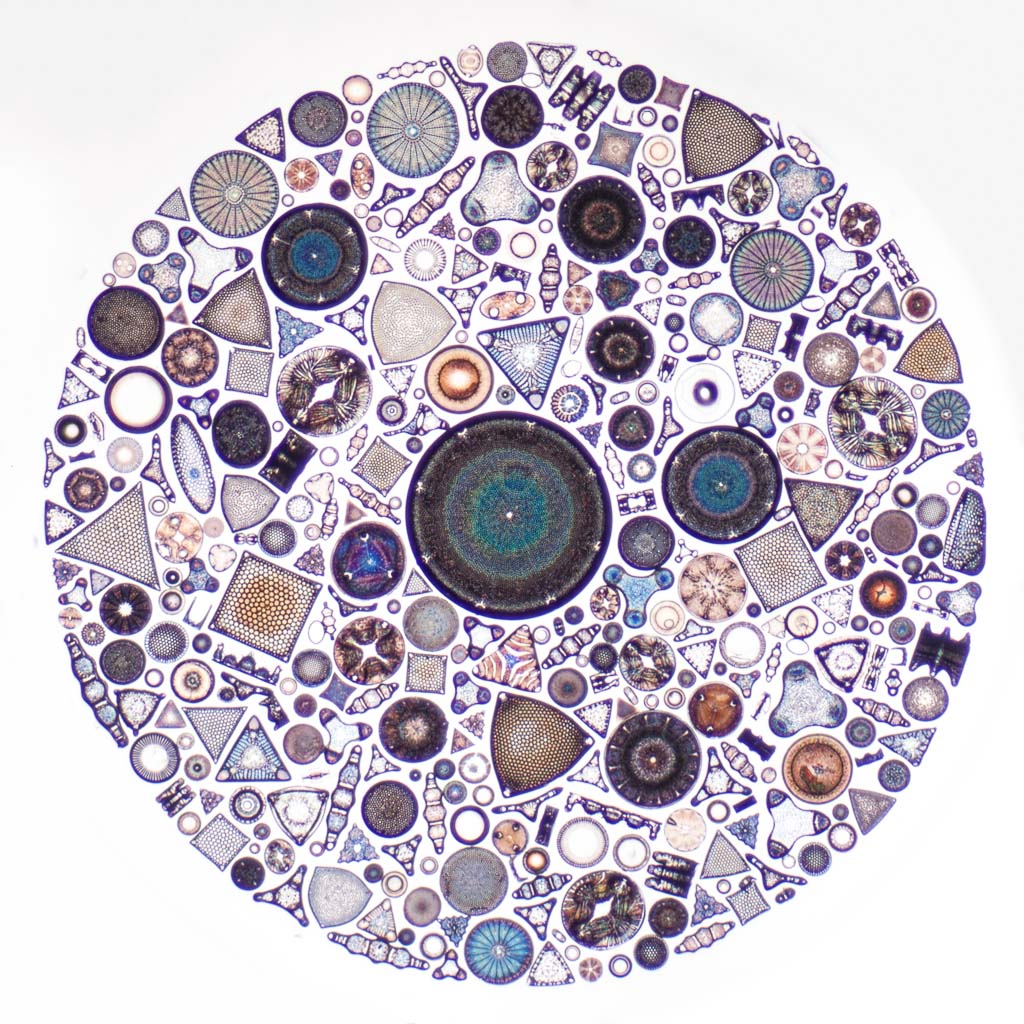 This is incredible job...i' m really interested to see it in darkfield illumination 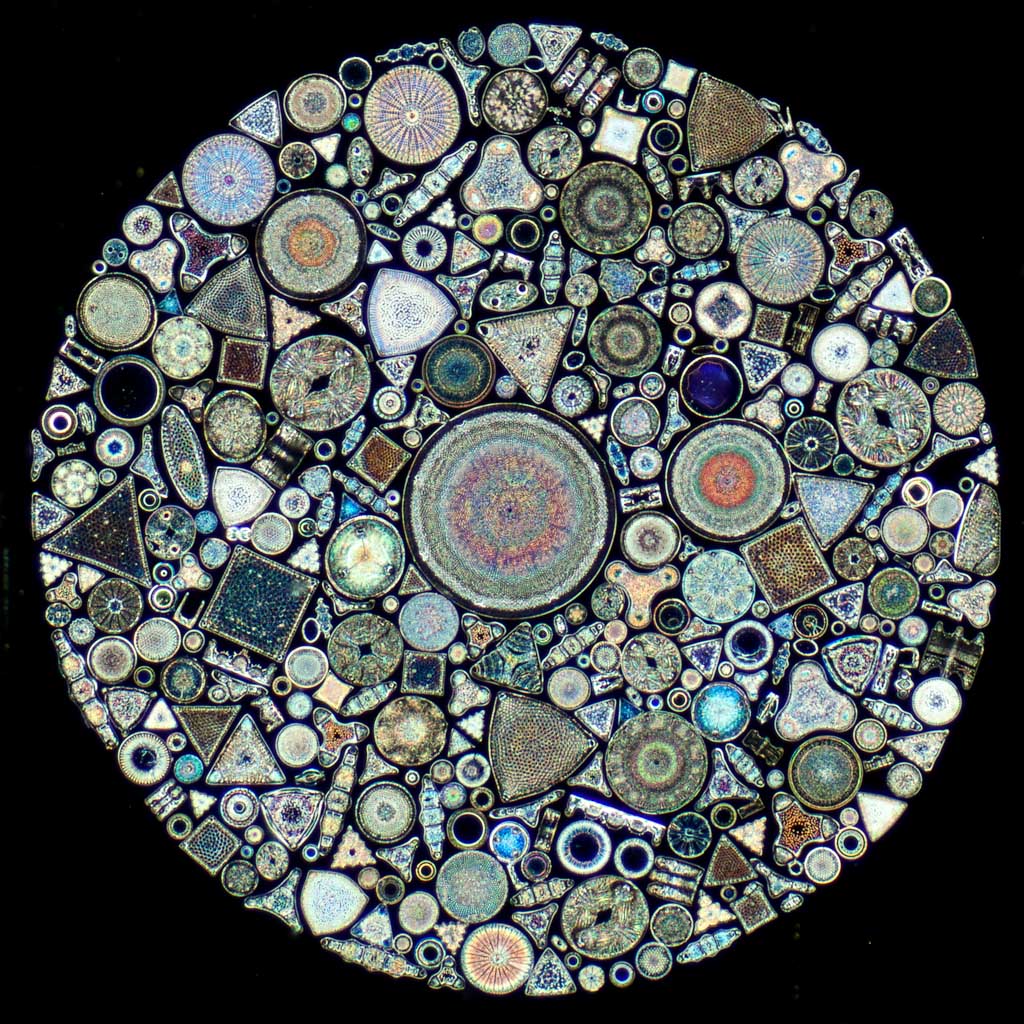 That is truly impressive and beautiful. Quite equal to some of Klaus Kemp's best. I hope you continue to 'keep your eye in' at this art despite the lure of the Summer ponds, as you have a rare skill.

Amazing! How do you fix the circle when you are finished?
Michael Reese Much FRMS EMS Bethlehem, Pennsylvania, USA
Top

Michael, when finished I mount the circle under a coverslip using zrax, a mountant with very high refractive index (1.7+). Ideal for visibility and contrast of fine details.

However, the diatoms are already "fixed" in place by then. I use an old fixative recipe of gelatin, acetic acid, ethanol and distilled water. A very thin smear is applied to the slide and dried, then the arrangement is placed and moved around on this. Simply breathing on the slide from time to time moistens the fixative enough to lock the frustules into place when it dries again (seconds).

It works pretty well but has a few gremlins. Too much and it soaks into the frustules, too little and you don't get a good bond such that some diatoms escape during mounting.

There are several other fixative recipes, including a simple smear of the main mountant. But each has pros and cons so I intend to test a few on (less laborious) type slides in the near future. My ideal fixative would work just like the gelatin version but attract diatoms, repel dust particles and have an RI of 1.7

Regarding the fixative soaking into the frustules: in my experience the fixative after Debes http://www.diatomsireland.com/diatom-mo ... adhesives/ is much better in that respect.
I think the Debes fixative leaves a somewhat thinner gelatine film.

thanks a lot!
www.microscopeitaly.it
Top

WOW!
This is amazing.
You must be extremely patient.
Thanks for sharing.

incredibile work, congratulations for your patinece and skills!, something beyond normal humans habilities

This is bewildering stuff, difficult to get a handle on.
How long does it all take?
I mean, lets assume you happen to have a few thousand diatoms on strew slides lying about the place. You presumably have to wrangle them through some series of chemical treatments to "clean" them. I can't imagine what that leaves you with. Something looking like sludge in a fine net? Then you start with what - a fine wire, holding your breath for days on end while you tease them out?