The Use By date on a pond sample

The Use By date on a pond sample

I've noticed a couple of things about when a pond sample in a jar should be dumped.
If there is a lively Ostracod population, when you start seing dead Ostracods, that's time for a dump.
If you have a lively Coleps population and it becomes more lively, that is time for a dump.
Coleps feeding on a decaying Closterium. 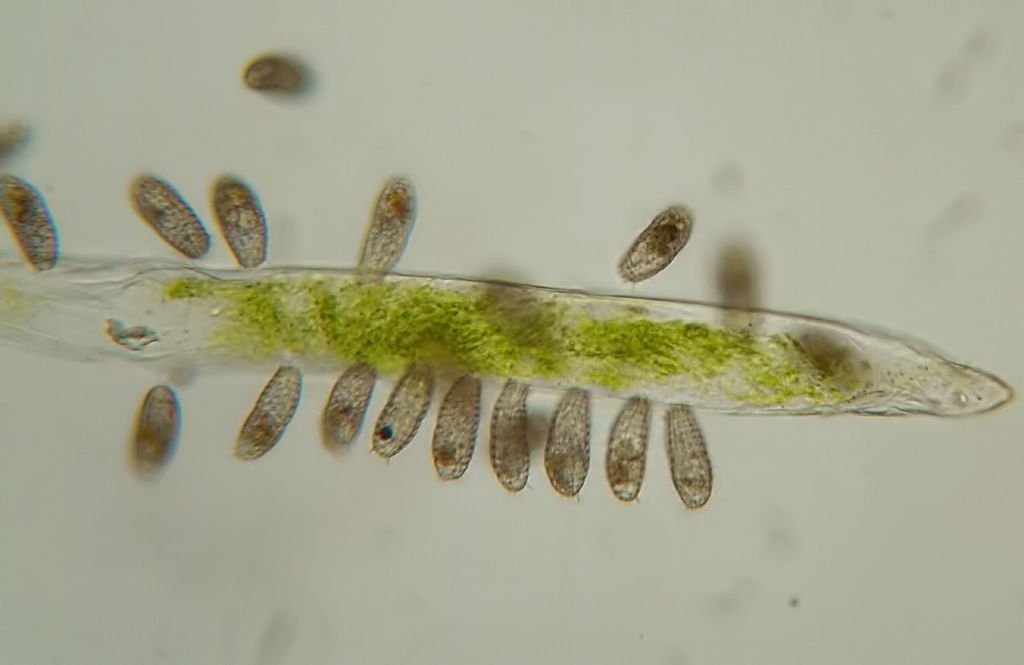 Speaking of Coleps, has anyone ever gotten a good shot of the "dance" a dividing Coleps does? If you haven't observed it, the two halves spin around end to end with the sections that haven't developed their "shell" facing each other.
Michael Reese Much FRMS EMS Bethlehem, Pennsylvania, USA
Top

On the other hand, if you dump your stinky samples as soon as putrescence sets in, you risk missing out on some interesting organisms.

As you say, a big die-off is usually followed by a sudden bloom of histophagous critters like Coleps, and bacterivores, such as the peritrichs and the inevitable Paramecium. However, the story doesn't have to end there. These guys are the clean up crew, and once they've transformed some of the decaying tissue into living tissue, and reduced the bacteria load, entirely new organisms may begin to appear. In high-diversity samples containing a lot of encysted organisms, you may see a succession of changes, as conditions (light, temperature, nutrient & oxygen levels) shift from one day to the next. It helps to move your jars around a bit, and occasionally bubble some air through them. I often see novel - and even rare -- organisms, months after my samples initially "went bad."