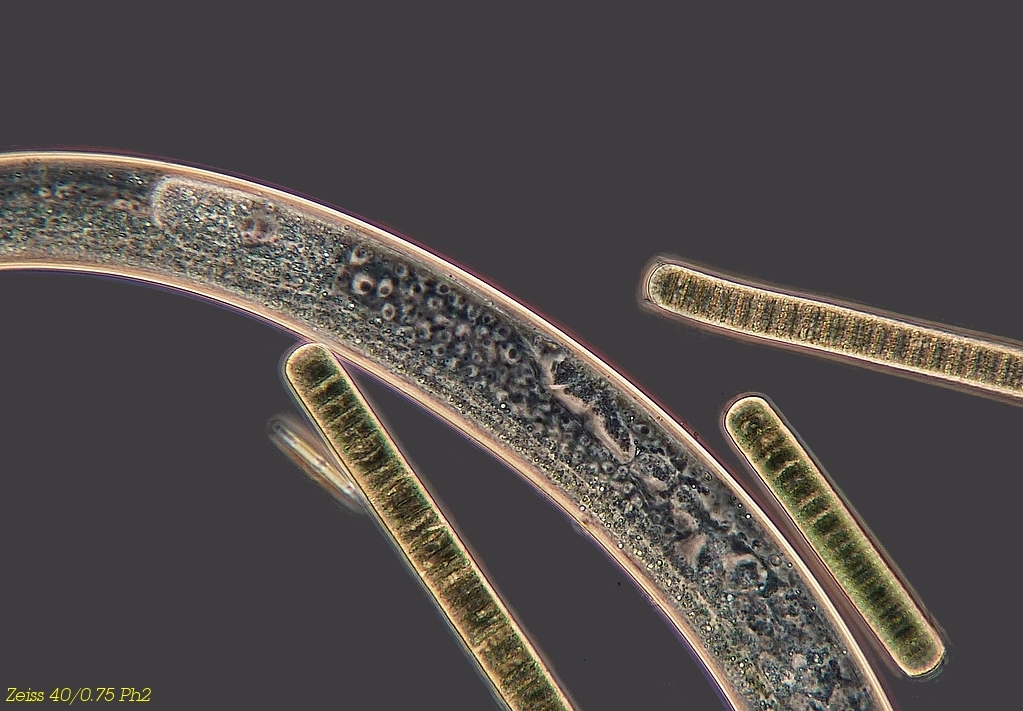 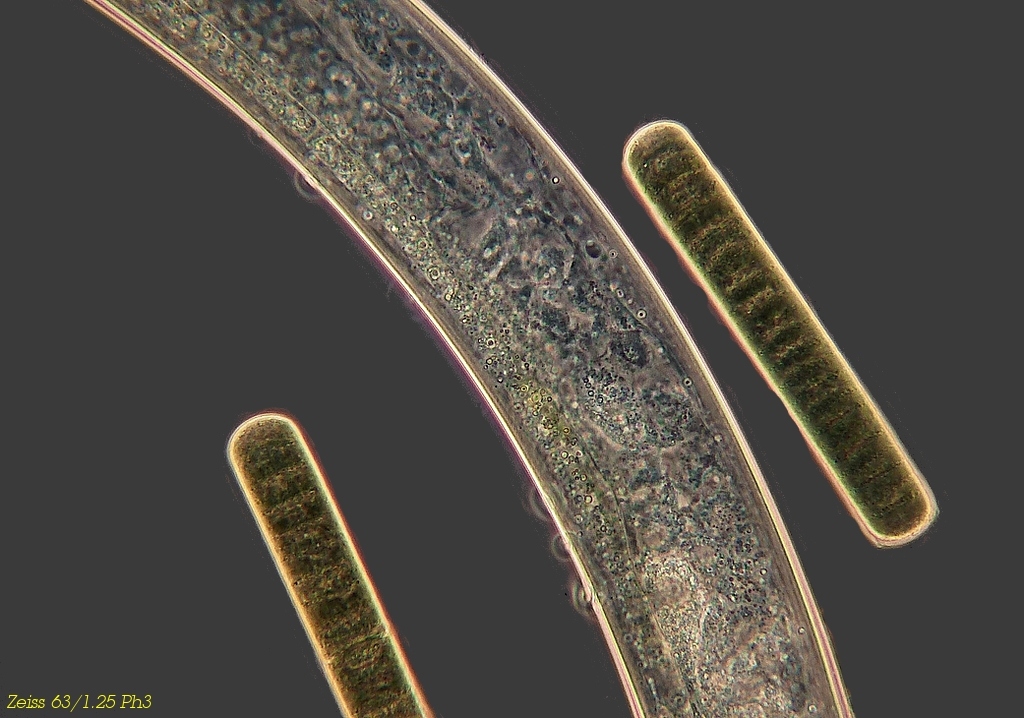 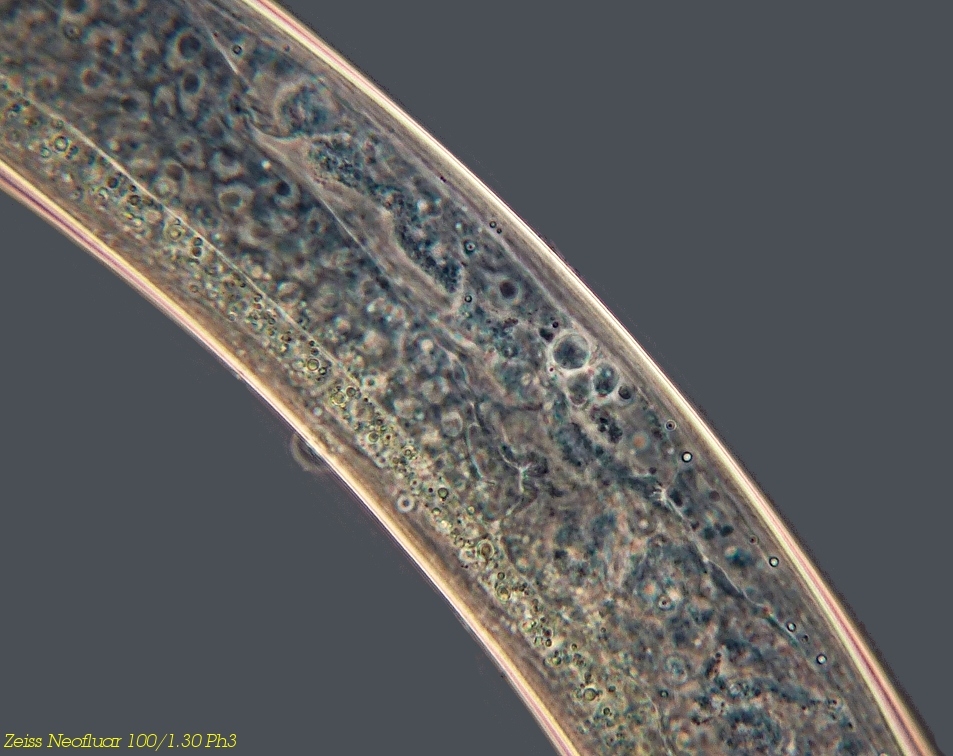 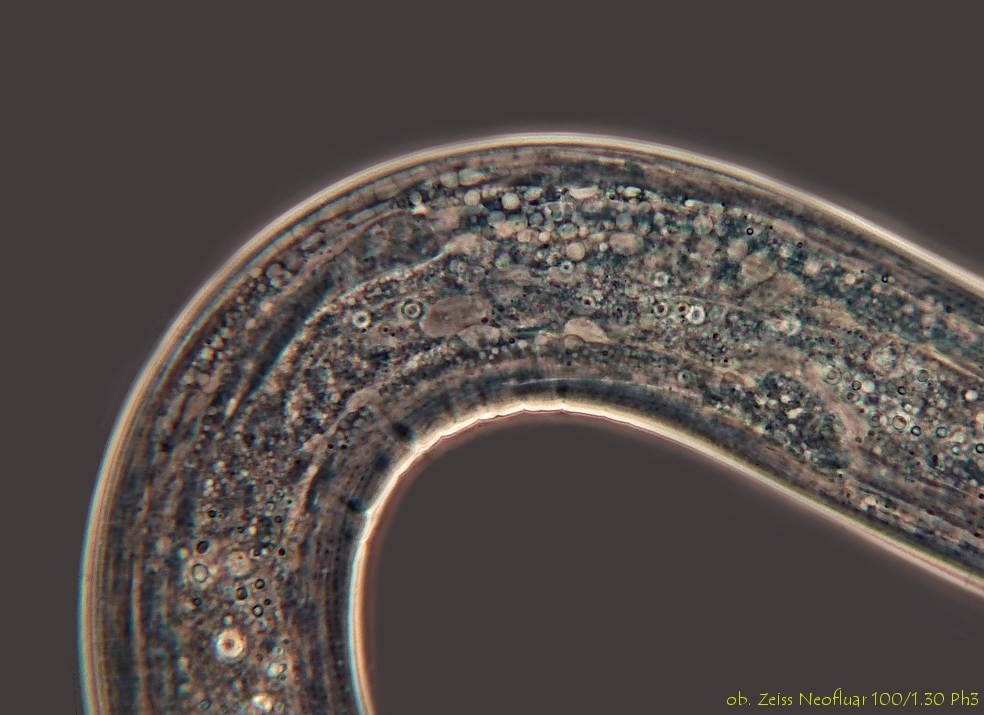 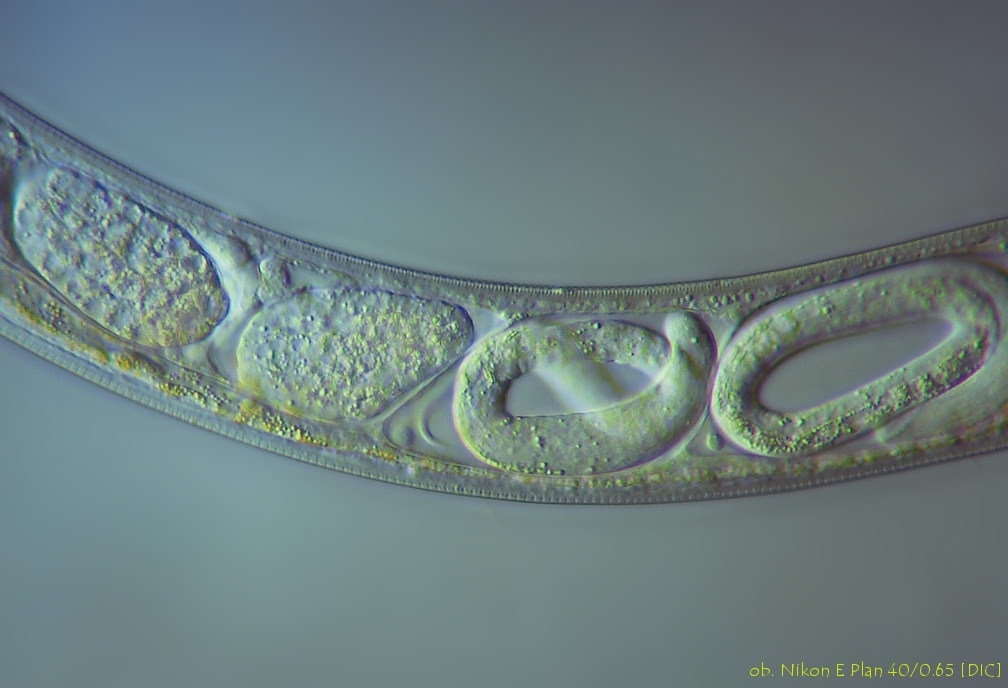 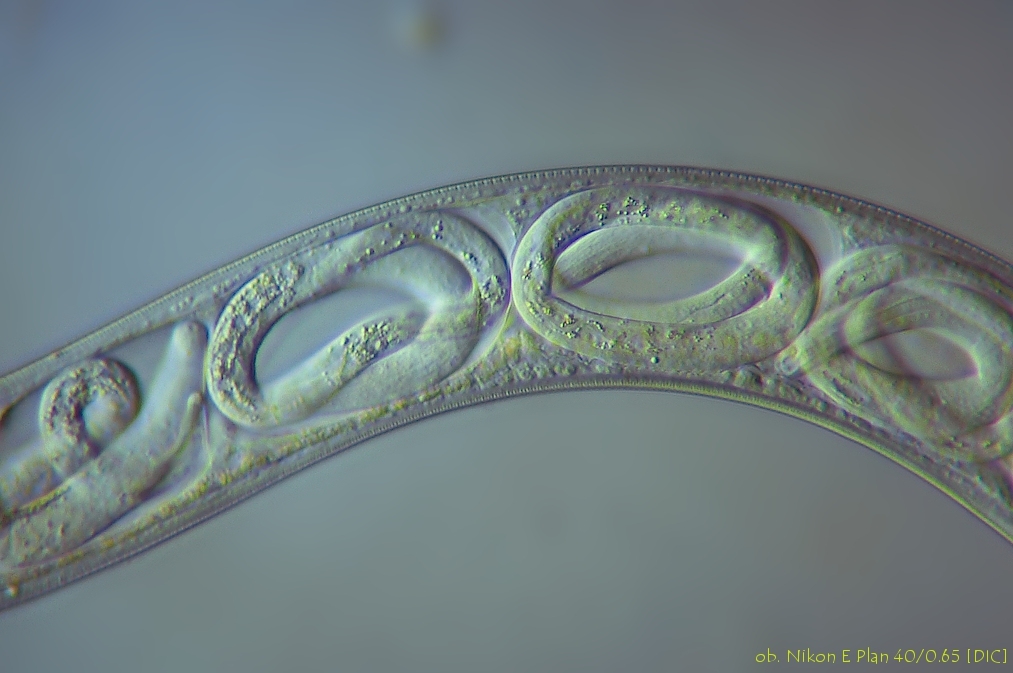 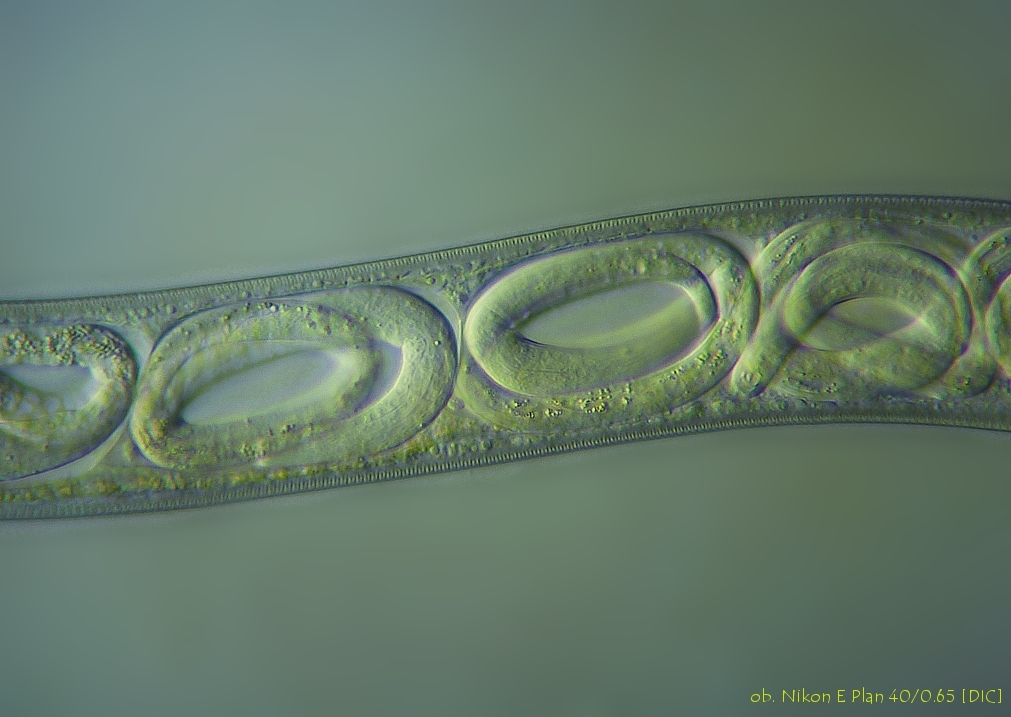 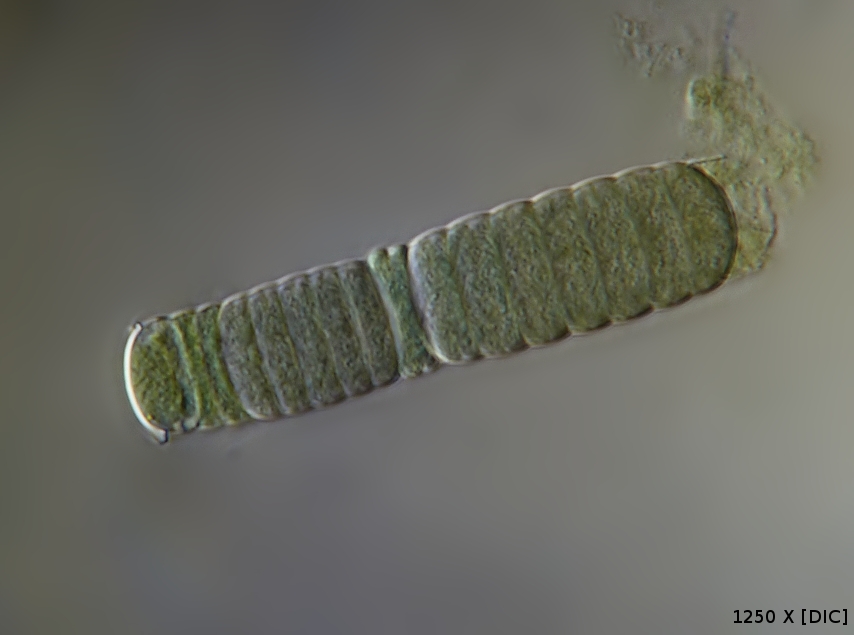 Beautiful set ! First two in phase contrast and the 7 th in DIC are wonderful - amazing details.

in images 5, a and 7 it seems that there are other smaller nematodes inside, is this a viviparous specie?

Quote from Wikipedia:
A few species are known to be ovoviviparous. The eggs are protected by an outer shell, secreted by the uterus. In free-living roundworms, the eggs hatch into larvae, which appear essentially identical to the adults, except for an underdeveloped reproductive system; in parasitic roundworms, the life cycle is often much more complicated.[26]

Nematodes as a whole possess a wide range of modes of reproduction.[27] Some nematodes, such as Heterorhabditis spp., undergo a process called endotokia matricida: intrauterine birth causing maternal death.[28] Some nematodes are hermaphroditic, and keep their self-fertilized eggs inside the uterus until they hatch. The juvenile nematodes will then ingest the parent nematode.
Pau
Top

The video of the viviparous nematode is particularly interesting. It almost makes me like them.

Thank you for your comments

Yes, they are viviparous nematodes. The observation of the eye looked great. My camera is not the best, worst deal with DIC.
Top