This one is a bit of a puzzle for my limited taxonomic skills. I was trying to keep a copepod still by withdrawing water from under the coverglass, when, as usual, I crushed it. Very typical for me. However, the copepod was full of bright orange droplets (lipids??) and this protozoan, which I think could key out to Orthodonella or Chilodonella, swam over and started gorging itself on the droplets. Soon it was so full it became a rounded orange-droplet-filled ball, and beached itself against a piece of Spirogyra. It was moving very fast and was quite difficult to keep in focus; but its so orange that I decided to post it.
All shots with a BX-60, DIC, 40/0.85 NA objective, variable mag changer, VarioZoom eyepiece and homemade 0.32X adapter to a D300 with an SB-800 flash.
As usual, your taxonomic help would be greatly appreciated. This one has me puzzled, it does have an elongated, slender macronucleus.
David


First shot, as the ciliate arrives on the scene of the crushed copepod. 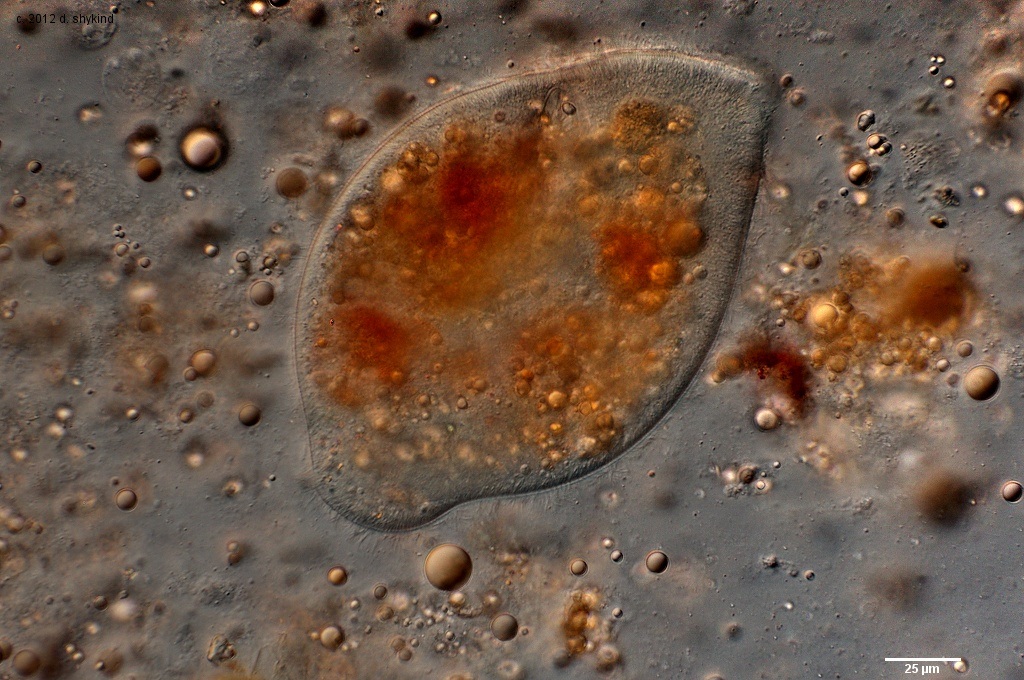 Second shot, showing some of the "mouth" as the ciliate vacuums up bits of the crushed copepod 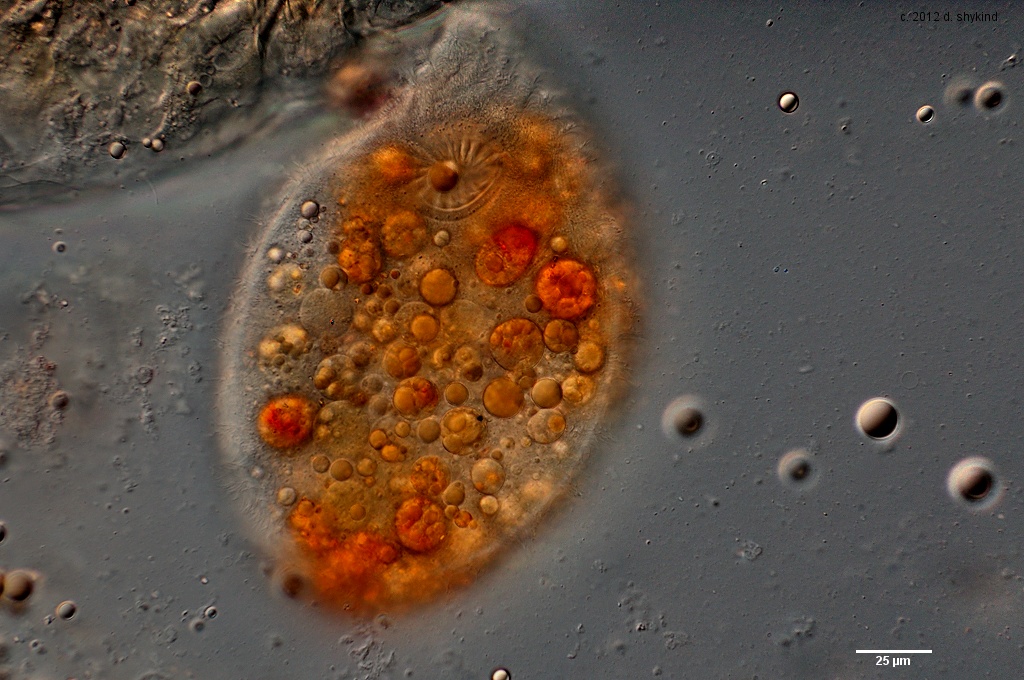 Now the replete ciliate has become more rounded and beached itself
against a strand of Spirogyra, the mouth is still working and its still rolling around rapidly 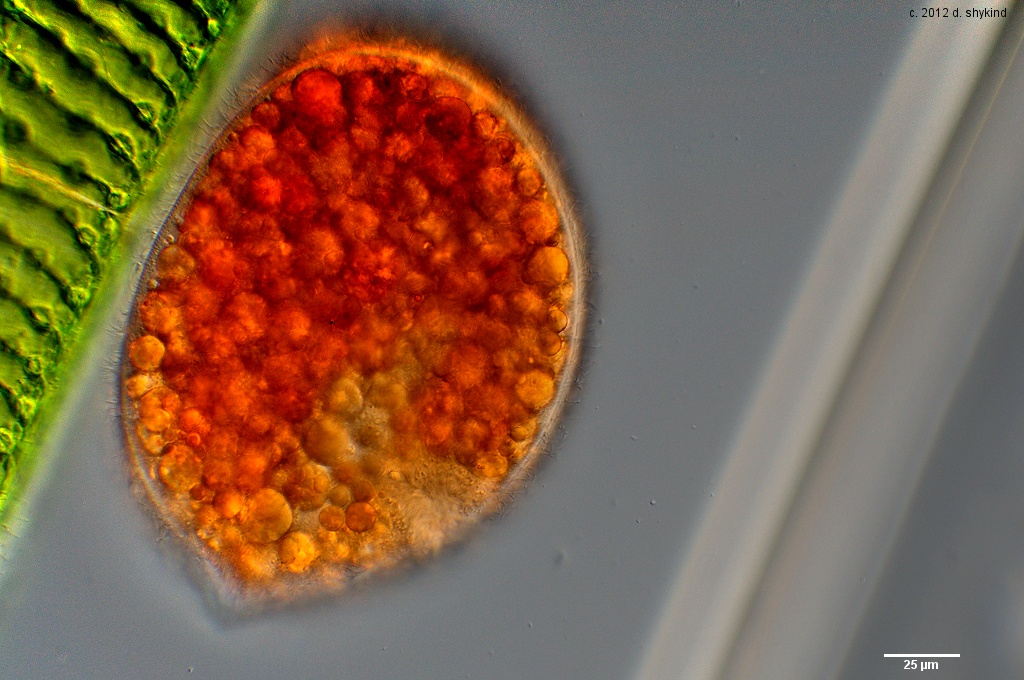 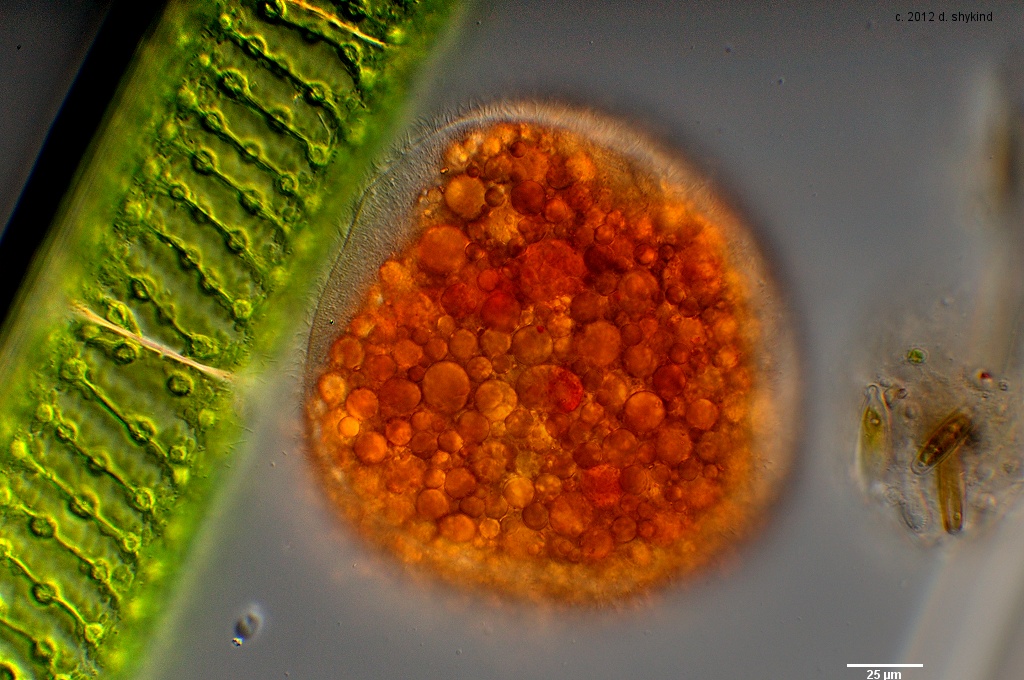 And finally some detail of the exterior opening of the cytostome, which never stopped trying to eat...this thing has a serious appetite... 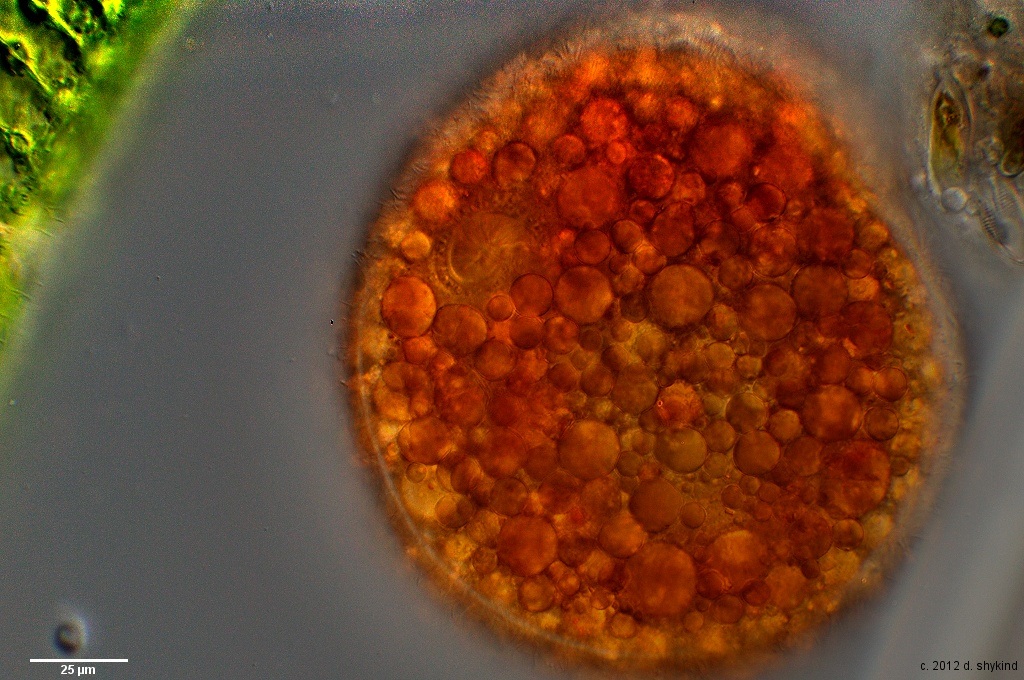 Very nice set, I like the details on the first two images.

Thanks for your comments. Does anyone have an idea about the genus? I am now doubting my initial classification.