Don't shave with the first one!

Don't shave with the first one!

I've got no interesting living critters to photograph (some terrific images been posted around here lately!) so unfortunately all I have new tonight are a few "test' images. The top two are an old single edge razor blade I found on my workbench. After looking at that I decided to look at an unused Gillette twin blade disposable razor.

All of them were EPI brightfield or you did use EPI DIC?

Nice work, but, those first two shots look like the Tower of London shortening ax.
Top

Greetings, Charles. This is my first post. When I introduced myself the other day I mentioned I have an AO Spencer microtome. I found some documentation on the Internet, and in the maintainence manual for my model they show a razor blade adapter that mounts like the microtome knife.
Looking at your shots of the edge of the blade, I'd be amazed if anyone got a good section using a razor blade judging by what I'm learning about honing a microtome knife. I'm using diamond paste on a glass plate and it's getting there but I have a long way to go.

Really nice metallurgical shots. At some point I will have to try to take a shot of a disposable microtome knife and a single-edged razor blade with the SEM for comparison. This means I will have to remember to bring a piece of a dispo knife next time if I have a few minutes of spare SEM time. If I recall correctly, the criteria for sharpening old microtome knives used to be that it looked "smooth" under 400X eye magnification. That is, after you had run them on the glass-plate sharpener for the prescribed time, if the edge looked smooth under the 40X objective you were done.
Mike, as it turns out I have an old Spencer 820, with the razor blade holder. It's designed for the thinner, double-edged razor blades, which, when fresh out of the package, make quite nice microtome knives, especially for frozen sections. They are not as good as the larger and thicker disposable microtome knives, but you can get decent sections using an old-style wilkinson sword or similar double-edged razor blade. I routinely use a microtome blade holder and disposable blades, and the Sakura holder is basically a sturdier version of the old razor blade holder.

Hi David,
I'm pretty sure the blade Charlie shot was the single edge blades we get at hardware stores to use as paint scrapers and probably don't have as fine an edge as the twin edge blades like Gillette Blue Blades. I'd be interested in tracking down one of those Sakura holders.

I have tested my "no name" Chinese 4/0.10 and it seems quite sharp even if you push it near x8. Have you already test it?
Regards

There are many cheap "noname" chinese 4/0.1 objectives
Is it one of them? 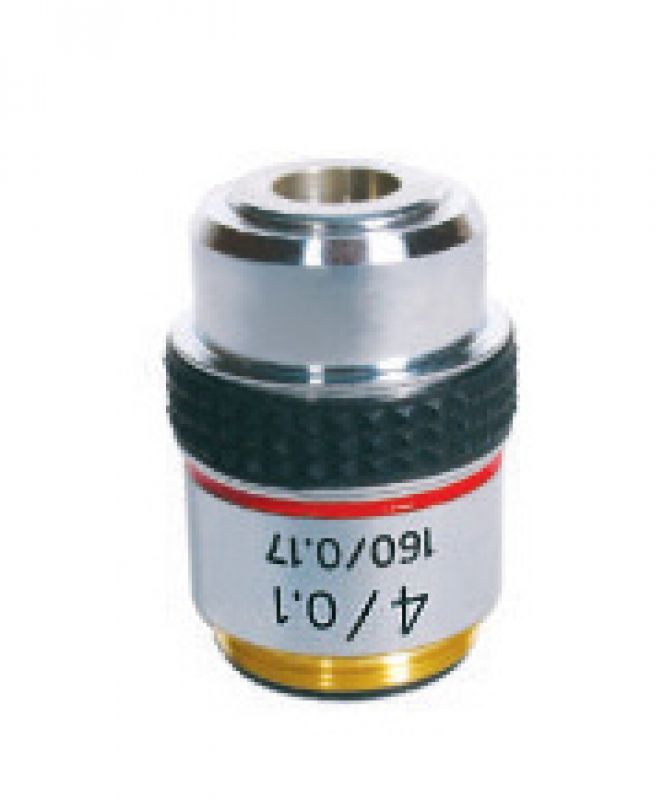 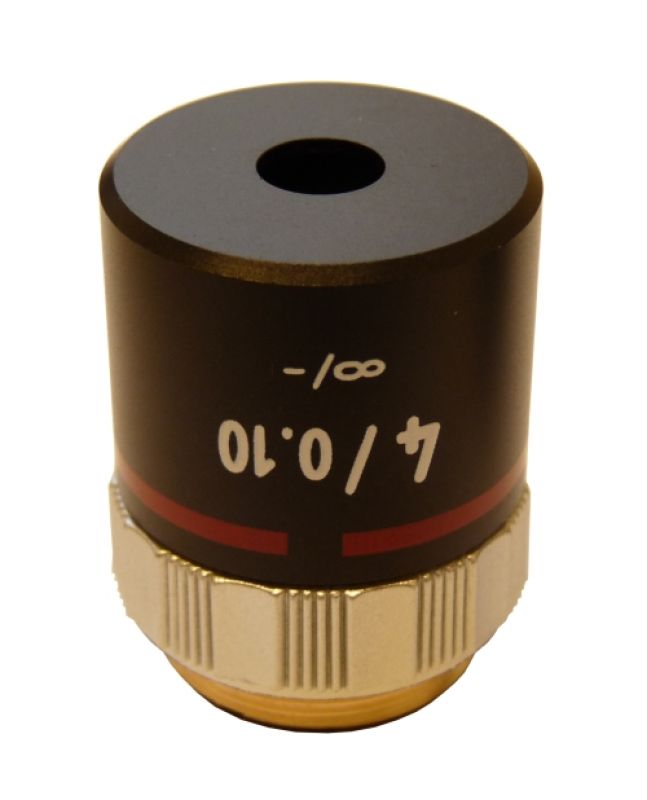 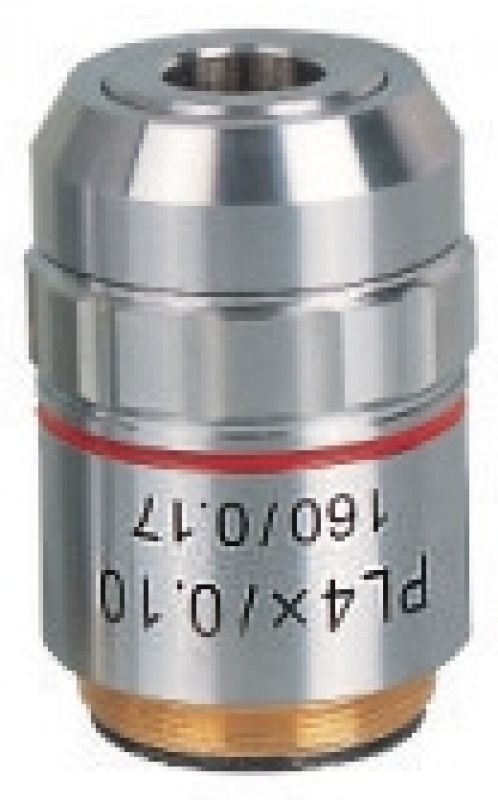 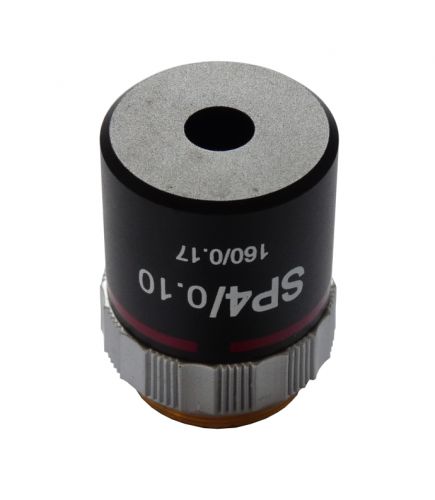 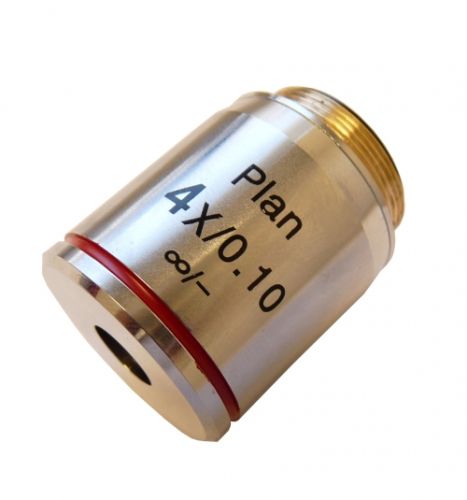 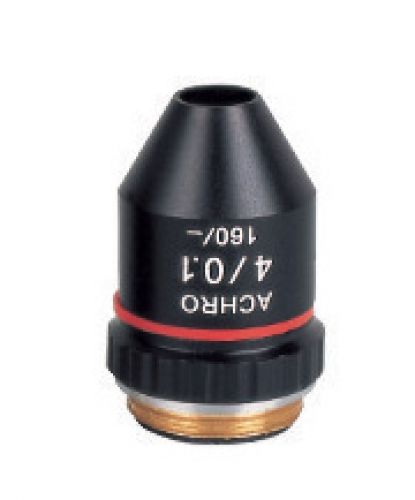 I'm using diamond paste on a glass plate and it's getting there but I have a long way to go.

Metallurgical specimens mounted into bakelite typically , when I did it early last century, were taken down through silicon carbide "wet and dry" paper to 400 grit, then diamond paste in usually only one grit size, which I think was 1 micron, (I forget but think the next, not often used - only for very hard specimens, was 0.1 micron.) That stage was pretty fast, held by hand on a disc covered in a cloth going round at a few revs per second, for a minute or so. The next stage was Alumina, much finer, something like 0.05micron. These finer stages were much faster than the "wet and dry" stages though, so I'm surprised that it's taking you a long time to polish your thin knife edge. SO what I'm getting round to - perhaps your grit size is wrong?
Our specimens were often quite chunky, such as sections of gas turbine blade or nuclear power station - or my motorcycle engine after it had been "tested" with nitro methane in the fuel, and blown to bits.

(The surface was ready for etching, to show the microstructure, as soon as it looked like a mirror. Remaining scratches were sometimes useful to indicate relative hardness of the phases in the specimen.
If you google "Steel microstructures" for the type (stainless, high carbon, etc) of the material you're using you'll probably find you need 40x and higher magnification, which is going to be tough. You would start to see how fine the structure is below that, without actually resolving it. An Iron carbon ( in steel) phase which has a lamellar structure was named "pearlite" early on. when microscopes couldn't resolve the detail. - it looked "pearly".
However if your knives have a surface treatment to help with the hardness, etching could show that up very well and it would be visible at more achievable magnifications. Case hardening, nitriding, titanium treatments etc could fall into this category.)
Top
Post Reply Previous topicNext topic
11 posts • Page 1 of 1