Journey of a life time

Journey of a life time

Rik encouraged me to post the link to another teevee show I mentioned in my last posting. I hope some of you may find it interesting.

It was already in 2009 that I was asked to participate in a very ambitious dutch television project about darwin's journey of the Beagle. So it is a bit old news that I am writing about. But I must say this was the event of my life. It was such an amazing experience that I had to recover for many months. I am not sure if I ever recovered.

Perhaps one of the reasons why I did not post in this forum about it. Life is so dull after such a project.

I travelled for 2 weeks on a clipper, from England to Tenerife. I can explain why it was so great but it is perhaps better to see it.

This is the link to the episode that I was involved in. It is about Plankton.

My contribution is short, starting at appr. 13 minutes from the opening. But I received many positive reactions. I was also in the final episode that gave a summary of the whole project (episode 35!).

Below are some examples of what I found. I am still not sure about the ID of this larva. I collected plankton on the open sea and encountered organisms I had never seen.

I have to explain that my equipment was modest. I used a zeiss standard and only had brightfield and darkfield. There were 2 other microscope that looked impressive but did not work well on a ship. The reason was that the ship was constantly moving and what happened was that the organisms would float from one side of the view to the other. So it was impossible to photograph without flash. And I did have a flash on my Zeiss standard so I was glad I took it (it had to fit in my suitcase) I could use the stereomicroscope to pipette interesting organims but the water in the petri dish was also moving constantly.

The first week I could not work much because the ship had to be prepared for the long journey and everything was new for the crew. But the second week I was settled and worked hard and made many images. Still the time was limited because I had to build up most of the set up each morning and dismantle half of it at the end of the day because of the risk of storms and damage to the equipment.

Another problem was capturing the organisms because the clipper was so fast that the plankton net just skipped over the water surface, like a surf board. The only way to capture plankton was to use a bucket and pour the water through a net.

Again, unfortunately, the program is in Dutch. If anyone is interested I can explain a bit more what is said.

And I wrote a series of blogs on the project's web site. I also wrote in english.

I am still not sure about the ID of this larva, perhaps a crab or shrimp. perhaps some of you have an idea? 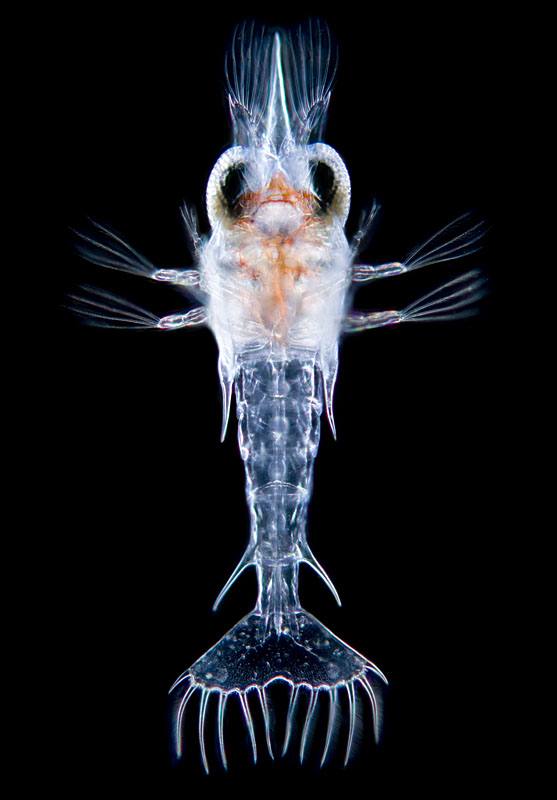 And I think this is a Radiolarian. I had never seen a living specimen. 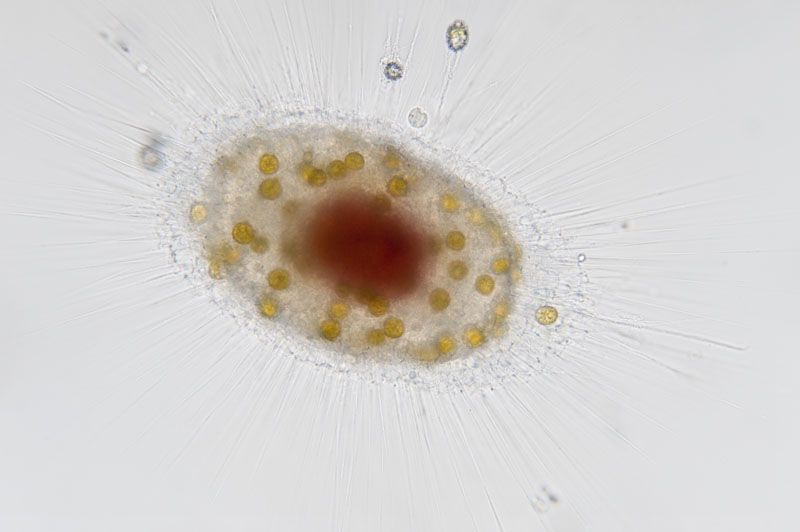 And a bunch of dinoflagellates. 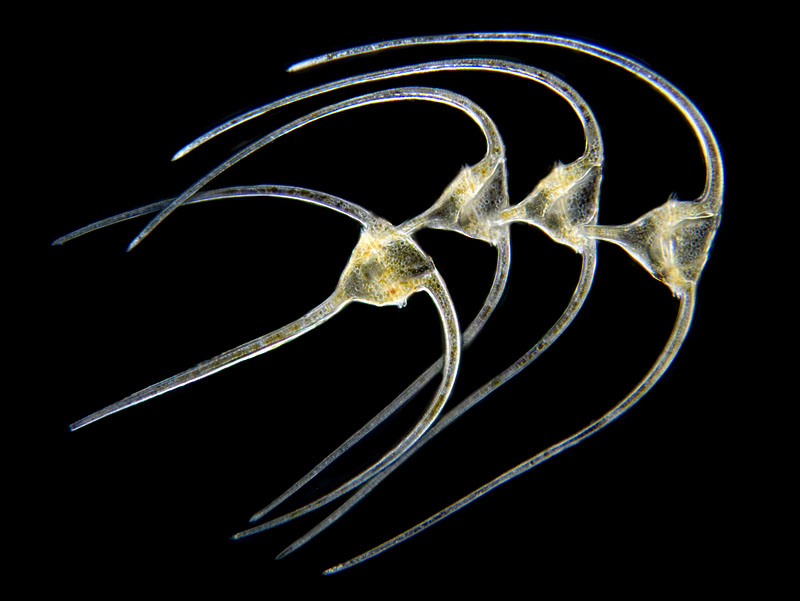 Any stacking ? I´m so looking forward to be able to do this great images myself. Just got my microscope. I know I have a lot to learn.
Thanks to you guys for the great inspiration

Wow. What an amazing opportunity! After watching the video I can easily see why such a long recovery was necessary. A voyage like that, on a ship like that, is a once in a lifetime opportunity.

Amazing opportunity indeed! Many thanks for the links and discussion.

Yeah, that serie was best of dutch science television for many years. (of course with the Klokhuis as a good second

Have you seen the plankton recorder in action? Your images are amazing for such primitive conditions!

The first looks like a zoea of a mud shrimp Callianassa (moddergarnaal apparently is a good dutch word). The second one I don't know, I would expect to see more structure for a typical radiolarean, In any case the heliozoans are near. And that Ceratium image, wow, very classic. I hardly ever see them in division like that, and then 4 individuals!

What a trip - very envious! Your images do you proud.
I've met Redmond O'Hanlon a couple of times. The journeys he goes on and the stories he tells whether in the Amazon, the Congo, or the North Sea on a fishing boat, always leave a sense of wonder. He enjoyed being called eccentric, with a response something like "I should dammed well hope so!".

A fascinating video I shall return to - my Dutch is coming along ... slowly.
Top

Thank you, Yes, I still fee the 'fehrnweh'

But working with the microscope works much better with a stable table. Although at the moment I am wrestling with my set up. Brrr, very annoying.

Chris, meeting Redmond was great, he was also realy interested in looking through the microscope and knew a lot about plankton and for example Alistair Hardy. He is full of anekdotes. During the journey he became gradually the main character in the teevee show. I was only on board at the start, Redmond travelled the whole journey but to my surprise he mentioned my work in the last episode. Too much honour but for who is interested and it is in english, the fragment is at about 39:30.
http://beagle.vpro.nl/#/widget/afleveringen/36