In my earlier posting "Loxophyllum meleagris ingesting another ciliate..." I wrote:

...however I did video it purposely rubbing the warts down the side of another ciliate (bit larger than the one it ate). There is no doubt that that was what it was doing. Anyway for some reason it decided not to eat the ciliate at that point and it just "swam" off.

Well here's the video as promised. I suggest you watch it twice, concentrating on L. meleagris on the first viewing and the prey ciliate on the second viewing.

I was fascinated by the way L.meleagris lovingly caressed it's prey before using its trichocysts to immobilise it. You will notice that the prey ciliate exudes a drop of some white substance. This continued to grow in size and was joined by a second white drop from a different part of the pellicle. 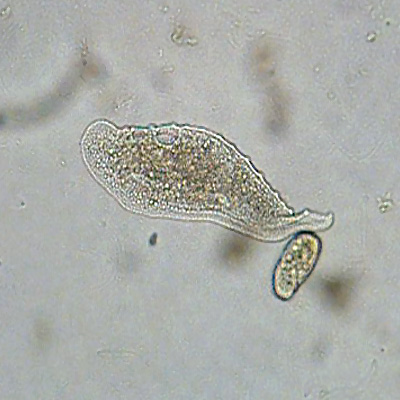