I have had these Fluorescent Minerals for 12 years and have never gotten around to seeing what they look like. I finally dug up the blacklight from the basement at work and took some pictures last night. The only bad thing is somewhere I lost the key that tells me what they are.

The lamp does not say UVA or UVB on it just blacklight, so I am going to guess UVA. Some of the minerals in the set did not show any color so I am not sure if they need the UVB. 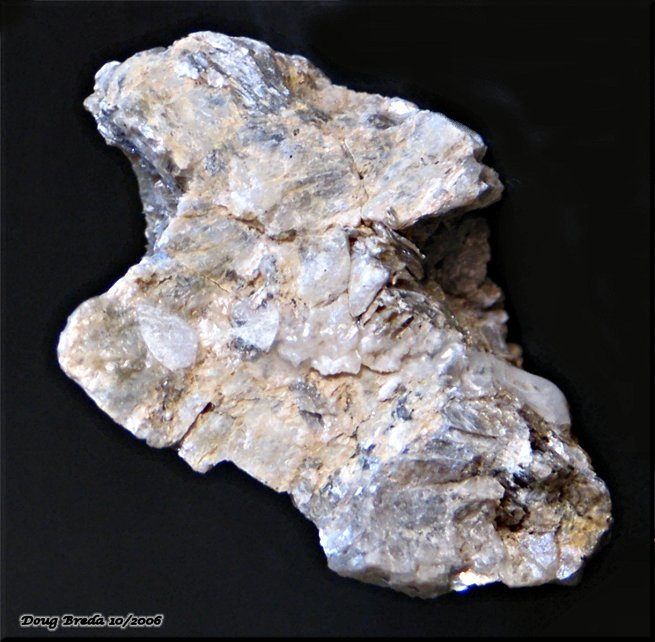 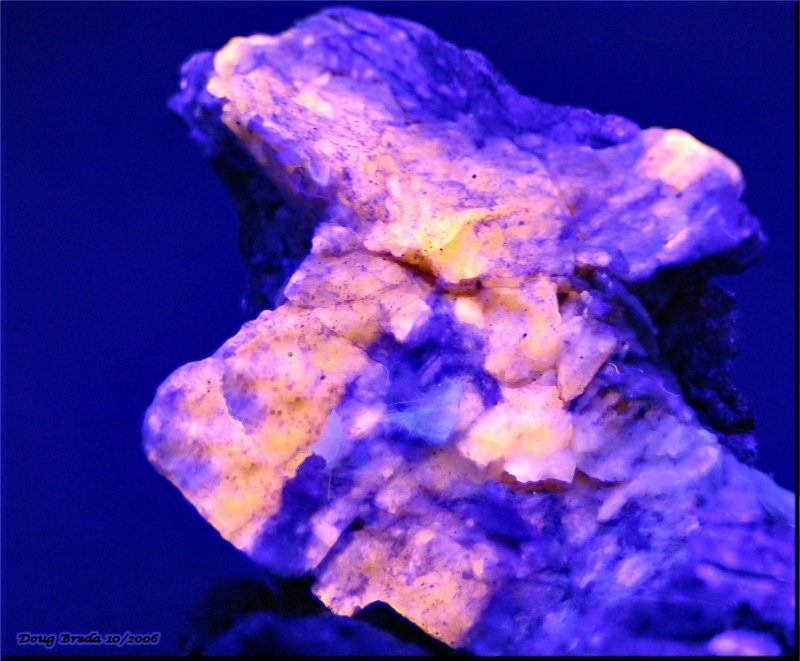 Pretty cool. Guess you're not using a flash on that second shot. How long of an exposure did you use on it?
Carl B. Constantine
Top

Sorry Carl, I have to start remembering to list the specs.

Couple of Qs
Do all rocks flouresce?
And is the pink the fluorescent part or the blue?
Oh and how do you work out exposures when the only light source is invisible?
OK so thats 3!

Well, Lets see;
1...No not all rocks glow under Blacklights.

2...It is the hot yellow-pink mineral that is Fluorescing.

3...We are still in part of the visible light spectrum using the UVA (around 400nm I think) UVB is even lower in the spectrum, and these things were glowing pretty bright

Thats about as much as I can explain it. I was letting the camera set the exposure. Ayone else want to step in with more info. "Inquiring minds want to know" Very good questions Cyclops

This is a site that has a pretty good explanation --> http://www.galleries.com/minerals/property/fluoresc.htm. Have a go at the quiz on the right hand side.

I suspect that your specimen is a calcite Doug.
Top

Thanks for the info and great links Steve. It did look like a calcite in the matrix but I was not sure. Take care.

And Thank you Rik for the info Below. ....I figured I might as well Edit this post Instead of making a new one

Last edited by beetleman on Tue Oct 17, 2006 10:45 am, edited 1 time in total.
Take Nothing but Pictures--Leave Nothing but Footprints.
Doug Breda
Top

3...We are still in part of the visible light spectrum using the UVA (around 400nm I think) UVB is even lower in the spectrum, and these things were glowing pretty bright

Thats about as much as I can explain it. I was letting the camera set the exposure. Ayone else want to step in with more info. "Inquiring minds want to know"

The mineral absorbs ultraviolet light and uses part of the energy to produce visible light, which it emits. That process is called "fluorescence".

We humans cannot see the ultraviolet light at all (which is why it's called "black light"), but black light sources usually emit some deep blue also.

What you're seeing in the picture is mostly yellow-pink light produced by fluorescence, plus (probably) blue light leaked by the ultraviolet source.

Some of the blue may be due to ultraviolet light sensed directly by the camera, but I think not much if any. Digital cameras are not very sensitive to UV by nature, and many manufacturers add explicit UV-blocking filters to reduce sensitivity even farther. See this article for a discussion of the hoops you have to jump through, to make a digital camera see UV directly.

The camera's exposure metering is based on the same light that takes the picture, which is mostly or entirely the visible pink, yellow, and blue.

a little off topic here but but I noticed a strange phenomenon recently. I was playing around with a TV remote while my camera phone was on, and I noticed the camera could see the light quite distinctly, which is normally invisible.
Is this IR or UV?
Canon 30D | Canon IXUS 265HS | Cosina 100mm f3.5 macro | EF 75-300 f4.5-5.6 USM III | EF 50 f1.8 II | Slik 88 tripod | Apex Practicioner monocular microscope
Top

IR. It's a fun effect. Depends heavily on the camera. My Canon PowerShot SD700 IS point-and-shoot sees the remote as very bright -- it almost blinds the camera to look directly into the remote. But my Canon 300D SLR hardly sees it at all. My ancient Sony videocamera was like the SD700 -- it could clearly see a flashing IR LED from across the room.