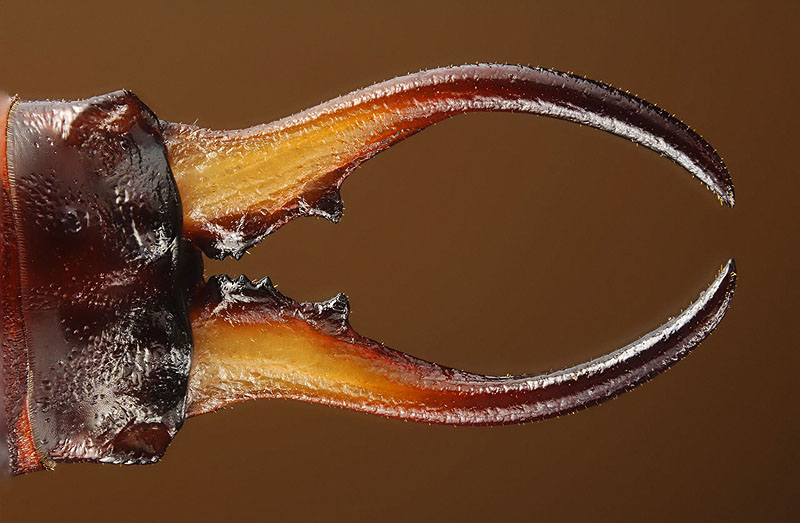 Very nice Job Wim. The end that people always remember an earwig for. "I Like it"
Take Nothing but Pictures--Leave Nothing but Footprints.
Doug Breda
Top

I agree with Doug, that this is end people remember. I actually thought those "pinchers" were much thinner than what we see here. I also know that despite the name, earwigs do not get into people's ears...Which begs the question, what is this end for and why are they really called earwigs? The definately look formidable enough.
Carl B. Constantine
Top

The shape of the pincers varies quite a bit from species to species and even specimen to specimen. The ones on my specimen are a lot longer and thinner, but I'm too short of time right now to shoot and post 'em out. (Besides, Wim's picture is so beautiful, do we really need two of them?)

As far as I have seen personally, the pincers ("forceps") are just for defense. But Wikipedia says "The forceps are used for a variety of purposes. In some species, the forceps have also been observed in use for holding prey, and in copulation. The forceps tend to be more curved in males than in females."

As to why they're called earwigs, I personally prefer the "old wives' tale" explanation that they're thought to crawl into ears. Wikipedia offers other possibilities.