Here is a picture I took a few days ago of something on a branch on the ground in the local cemetery. Not sure what it is. The second picture I took last year of a branch on the ground along the side of the road. "Could they be the same thing?" Ken mentioned jelly fungi in this post;
http://www.photomacrography.net/forum/v ... .php?t=581
So I hunted down the old picture and I am posting them together.

Only around 6mm in diameter 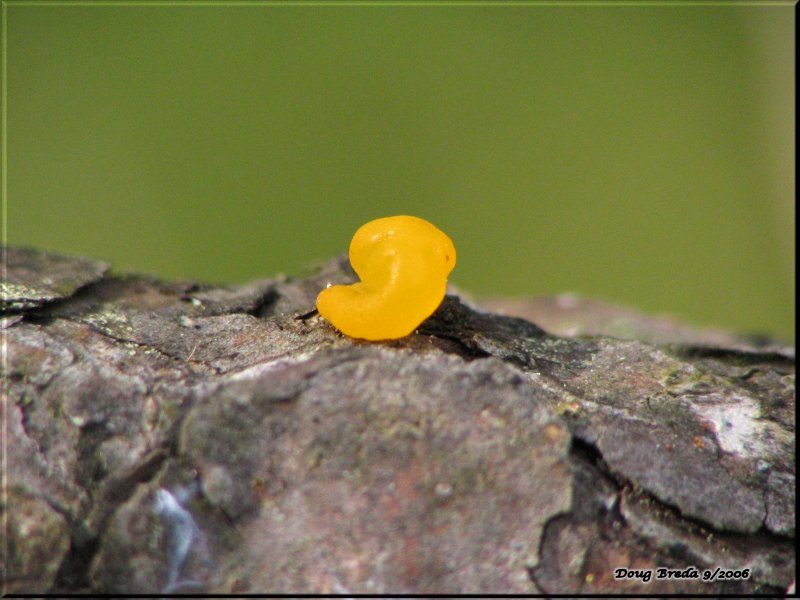 This specimen was around 5cm in diameter 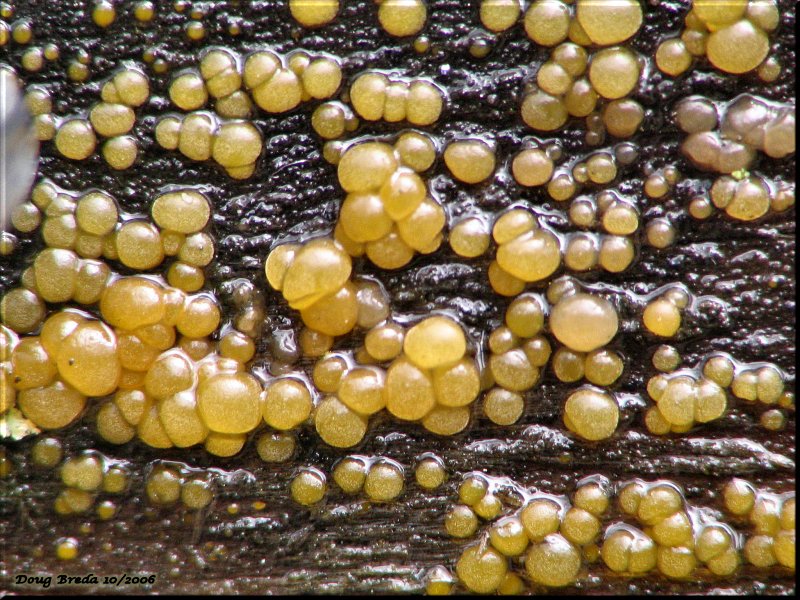 Or even this one:-

Fantastic links Dave...it almost looks like I might have two different fungi. Look at the date of the second picture, I took that in February and I remember I was surprised to see it. We had a warm spell, and the snow had melted down. The sand on it is from the road sand they put down on the roads for the snow. I also took a pic in march, and the thing was shriveled up. "Yellow Brain Fungus" Cool

. The first one, I will have to keep an eye on and see what developes. I took the branch and put it in a safe place so the cemetery workers would not pick it up. Again, thank you for doing the research and the links (bookmarking them now)

Looks as though Dave hit it right on the mark there Doug. Yellow Brain Fungus. For some reason I was surprised that the article stated that it grows only in winter and then becomes a hard bracket during the summer. If I remember right, I have found numerous jelly-like fungi during the winter months. Great image, you captured it well Doug.