What happened to this Guy!! CAUTION GROSS

What happened to this Guy!! CAUTION GROSS

I have been finding a few of these around in the garden lately. There is something called "Summit Disease" caused by a soil fungus that attacks some insects. It is called this because the infected insect tends to crawl up to the highest point on the plant or branch and dies. Scientest think this helps in spreading the spores better. I ran into one picture like this but the rest all had a snow white looking fungus on the insects. Not sure if this is the same (later stage maybe) fungus or just something else

Boy, you do not see much detail with your eyes but in macro!!!! 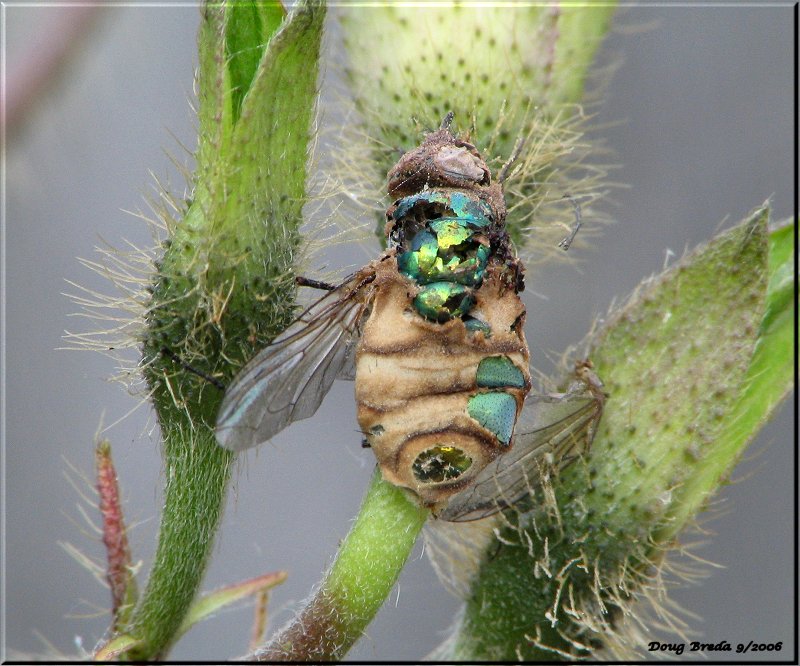 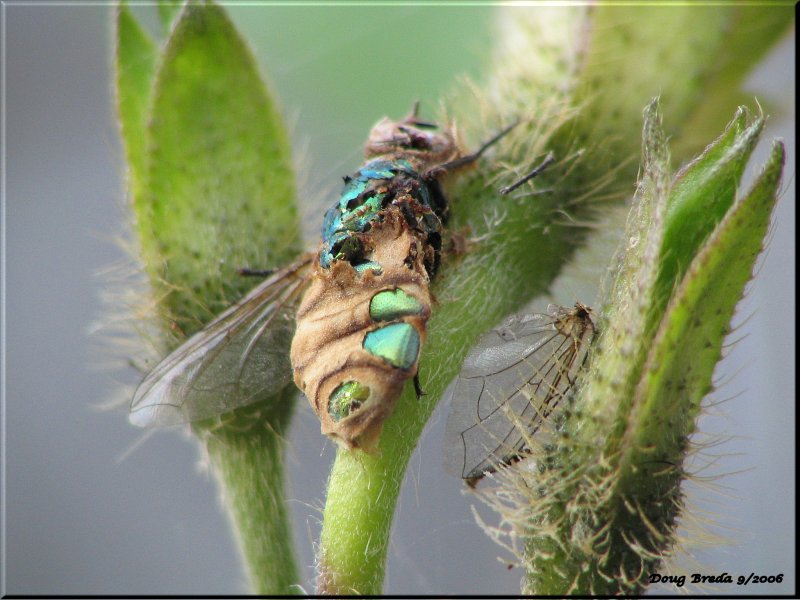 He is definately worse for wear. It's almost like he got attacked by a spider and left. His insides are eaten away and just the shell is left. very strange indeed.

Interesting but what is their in the fungus that influences the insect to climb up higher? I can understand the the reason for altitude in aiding the dispersion of the the spores.

Looks as though we have a fungus that influences behavior as well. Some interesting links, though they all refer one to another with the exception of the last. I wonder how long it might be before a fungal infection such as this begins to take hold on humanity? Leave it to me to look on the bright side of things but pathogens are really interesting. We already have several fungi that are quite fatal to human beings already but those fortunately do not make us climb to high altitudes and raise our heads in anguish in the last moments before death occurs or do they? I have never and hopefully will never witness such an occurance. The closest conflict that I have ever had with a fungi is probably a case of athletes foot and a real bad case of what we called "jungle rot" while in the Philippine Islands, that stuff literally ate away the upper portion of my skin leaving the sore raw skin underneath exposed. OUCH!

Took a quite a few days for the flight surgon to bring that under control but it is not an uncommon fungal infection in the tropics, especailly if one is not used to hot and humid tropical environments.

Sounds like the making of a horror movie Ken. This link is where a person got sick from the Entomopathogenic Beauveria Species fungus (thats a mouthful)

QUOTE: Recently we observed an increasing frequency and an enlarging spectrum of opportunistic, systemic mycosis in immunocompromised patients. So far, about 400 of the 73,000 accepted fungal species have been reported to cause human mycoses

http://www.pubmedcentral.nih.gov/articl ... d=12089314
Take Nothing but Pictures--Leave Nothing but Footprints.
Doug Breda
Top

Interesting bit of information there Doug. PubMed is a good source for researching things like this. I use them often in the study of pathogenic amoeba infections. Well at least they have an effective treatment if one does succumb to the fungi, however, it is like menengitis in away. It seems to mask itself as another form of an infection until it is either almost or to late to do anything about it. A very interesting but scary world we live in eh.