Some outdoor bugs from last summer

Some outdoor bugs from last summer

I've been busy experimenting with the 20mm Olympus lens, running into problems as my rig doesn't really allow fine enough movements to keep everything in focus at max magnification, so I thought I'd post a few images from last year, all taken outdoors, wild living bugs! 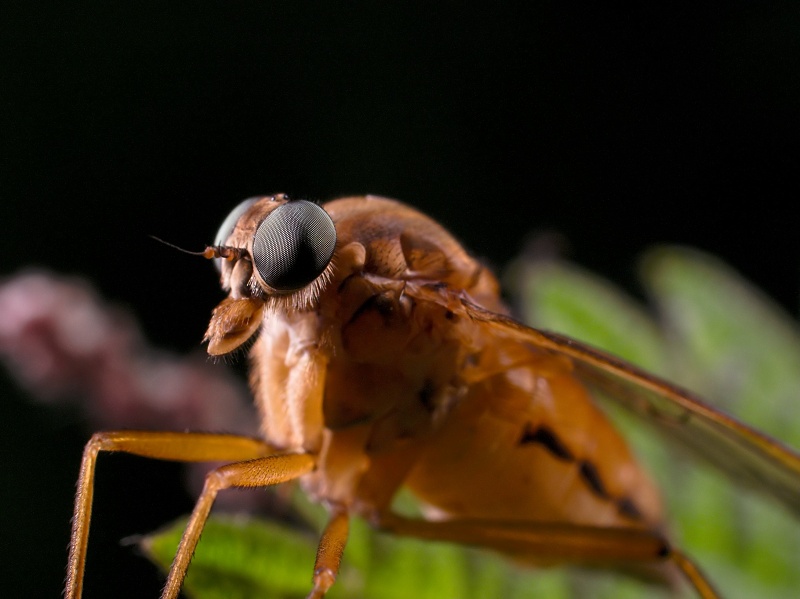 I cannot seem to resize the image above down to web size without annoying moire pattern on the eyes, it looks good at full size; 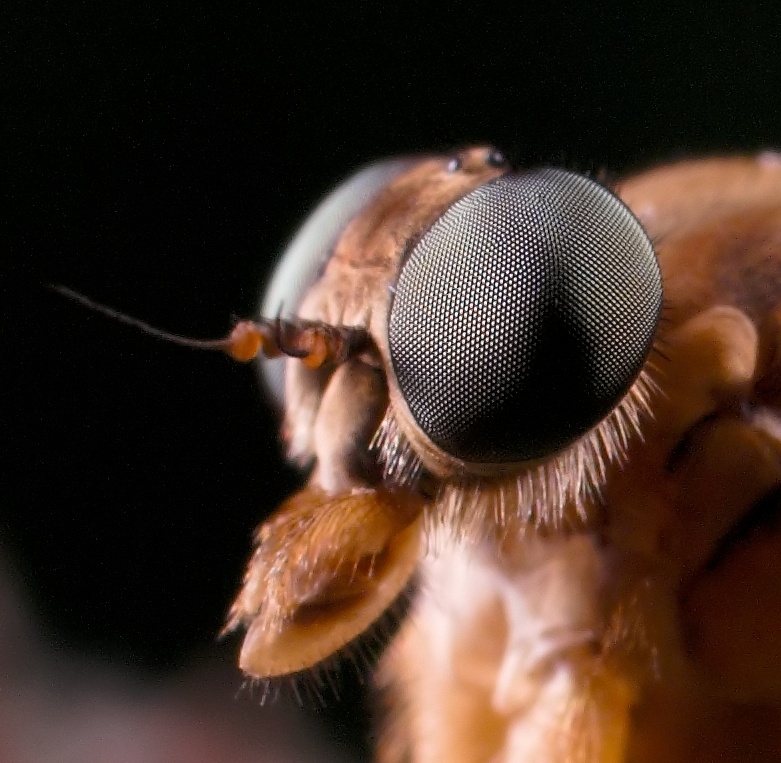 So any tips on the moire issue would be appreciated!!

One more, an ant starting it's own aphid pharm... 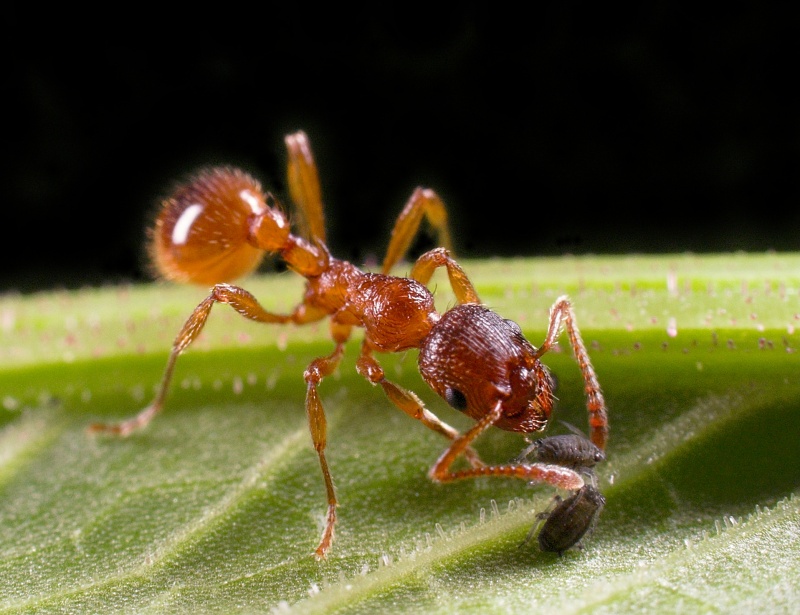 Great details in the flys' eyes and the ant and aphid shot is priceless too!

Re: Some outdoor bugs from last summer

lauriek wrote:I cannot seem to resize ... without annoying moire pattern...
So any tips on the moire issue would be appreciated!!

Moire happens. Very briefly, the bad situation is whenever the underlying image has a regular pattern that does not line up neatly with the pixel grid.

Your fly eye is just about this worst case. The columns of ommatidia turn out to be around 2.5 pixels apart in the reduced size image.

Your choices are pretty limited for how to deal with Moire.

To get rid of Moire entirely, you basically have to either blur your image to destroy the offending pattern and prevent it from interacting with the pixel grid, replace the offending pattern with some other pattern that looks similar, but won't produce Moire, or (equivalently) paint in an acceptable pattern after the resizing is done. I've never considered these approaches to be very practical.

Moire can also be reduced by playing around with options for the interpolation/resampling method used by your photo editing software. Some programs are better than others by default, and in some photo-editing programs, you can reduce Moire even further by selecting a "smoother" method for interpolation/resampling. "Smoother" means a method that de-emphasizes the rapid bright/dark/bright/dark transitions that cause Moire. In Photoshop, this is done by selecting Resample Image: Bicubic Smoother in the Resize Image dialog.

Unfortunately, using a "smoother" method also reduces the general sharpness of your image. So once in a while it's worth the time to resize the image twice using different methods, then overlay them and mask or clone so as to combine the best parts of both. For example in this image, you might use a smoother method for the eye, and the ordinary or even a sharper method for the rest of the image.

Finally, of course, there's the option to just say "hey, it's a property of the medium -- like brushstrokes in an oil painting", and rejoice in the fact that presence of a Moire pattern means that there's more detail available in the original picture than could be fit into the resized version.

PS, a reference: for theory of Moire patterns as they relate to digital images, see the Wikipedia article about Antialiasing.
Top

Good pictures. I like especially the second one. Some sort of Myrmica ant.
Péter
Top
Post Reply Previous topicNext topic
4 posts • Page 1 of 1