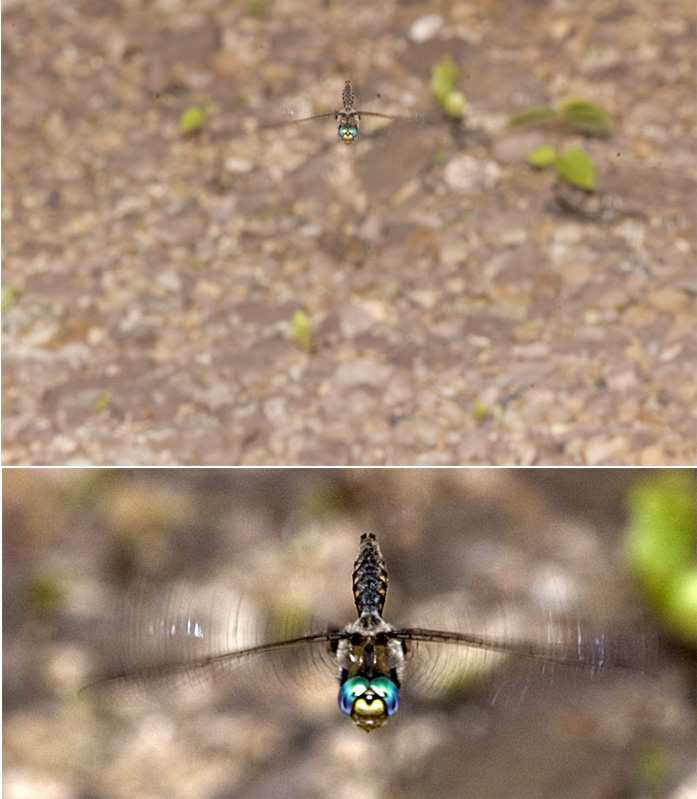 Not knowing anything except what I see, I read this picture as mixed illumination -- a 1/320 second image exposed by daylight, combined with a much shorter burst of flash.

So I would attribute the relatively sharp snapshot of the wings at mid-stroke to the brief flash, and the wide arcs to the 1/320 overall.

Does that seem right, or do you have other info?

Very cool image Tony. I like the ultrasonic look to the wings. I can see what you mean Rik. Very Analytical.
Take Nothing but Pictures--Leave Nothing but Footprints.
Doug Breda
Top

Tony, you just made my day a bit brighter.
I looked at the male and thought, Baskettail, definately Baskettail, looked at your text and saw I was right

Good capture, focus could have been a bit closer though. Looks like focus is right behind the wings, I would rather want it on the eyes.

Btw, I've never seen a baskettail, but hope to find the single European species in Sweden later this year. They are rare though, and extremely difficult to photograph.