Dragonfly in the rose garden

Dragonfly in the rose garden 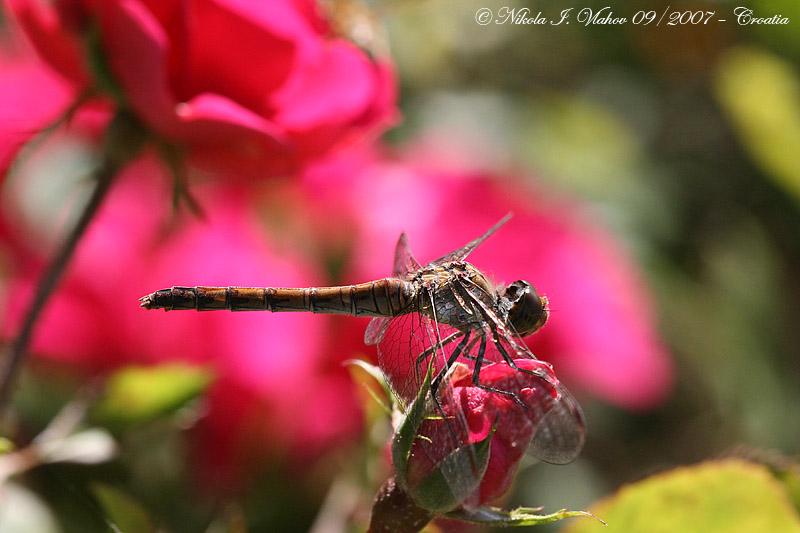 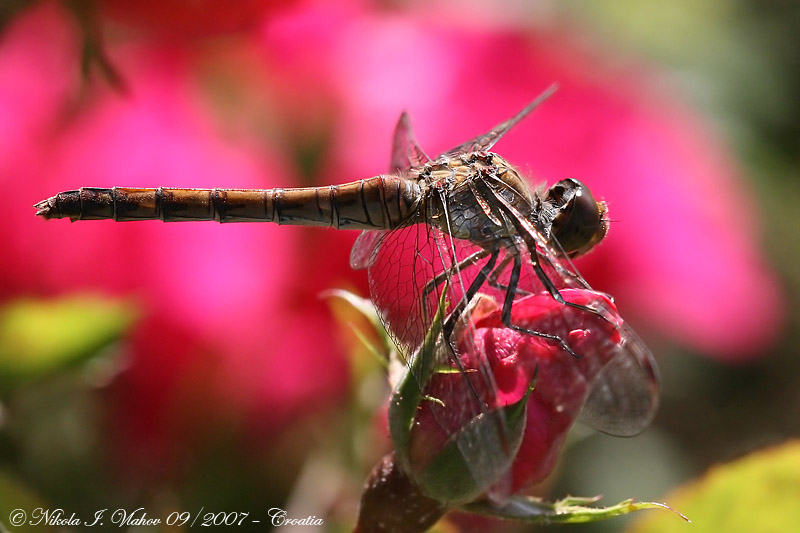 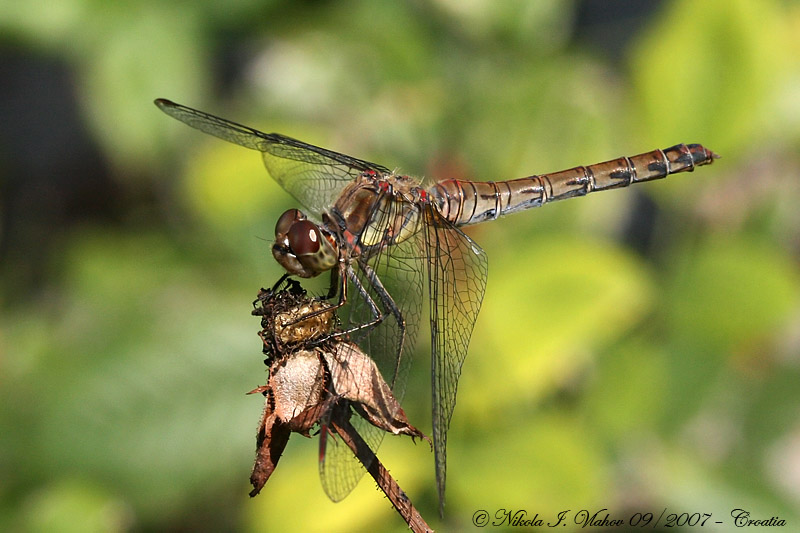 Re: Dragonfly in the rose garden

Yes, and not just because it makes my eyes feel funny.

Do you see that bluish hue in the brightest areas of the petals? When you took the picture, those were actually the same color red as the rest of the petals, only brighter.

What's happening is that the exposure is so bright that the red channel is clamping at maximum value, while the other channels are still free to change with brightness. The result is that what should be all the same hue with different brightnesses, turns into different hues as well.

The same thing frequently happens with pictures of the sky if the sun is in the frame -- what should be blue sky turns cyan when the blue channel clamps at max while the green can still go up.

This problem can be very difficult to spot when the picture is taken, because cameras often don't indicate overexposure until more than one channel clamps. Probably your camera said this exposure was fine, even though it actually overexposed the red channel.

By the way, this problem is specific to digital cameras. Film doesn't clamp like this, so you don't get these sudden hue changes. That's one reason why film is still popular in the panorama community -- if you're shooting a full spherical panorama during the day, it's hard not to have the sun visible somewhere!

On the good side, though, the "neon glow" effect does make a fancy background for that dragonfly!

Re: Dragonfly in the rose garden

rjlittlefield wrote:...By the way, this problem is specific to digital cameras. Film doesn't clamp like this, so you don't get these sudden hue changes. ...

Maybe Fujifilm already has some kind of solution with its extended dynamic range (100%, 200%, 400) and "film simulation". Wondering how it works.

I see an old female Sympetrum striolatum (Common Darter) here.
I must say I like the 3rd picture most, with the more "common" light on the subject.